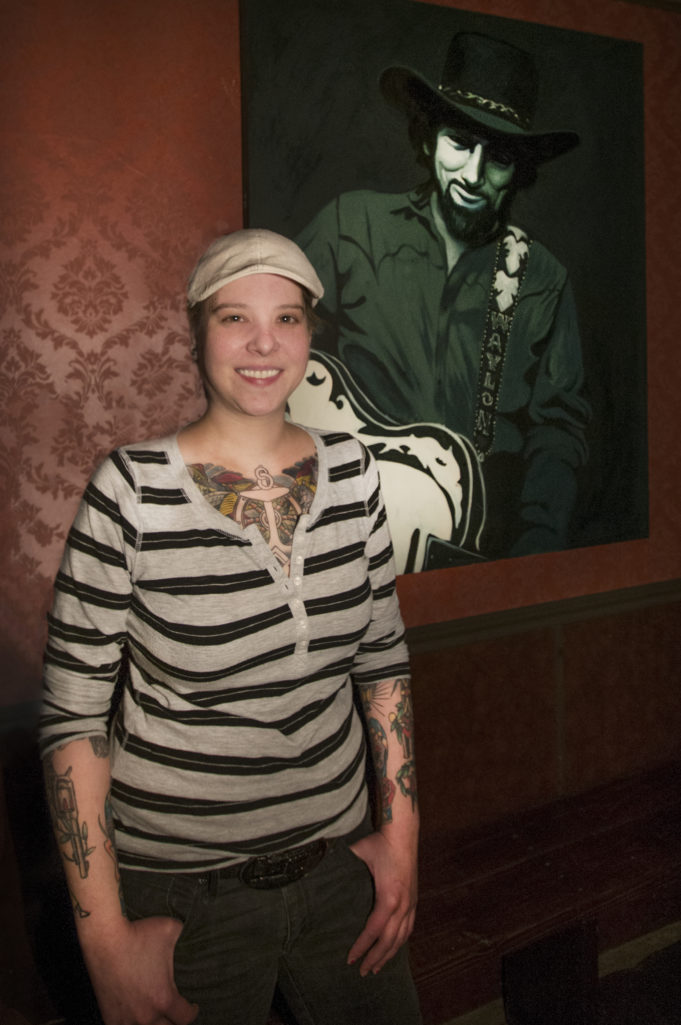 That rat-bastard pollen-exploding scrub bush, mountain cedar, has proven to be bigger, bolder, and more badasser than me. For three weeks I have been sneezing like a party favor and ceaselessly weeping like a Kubrickian character whose eyes were pried open and forced to watch Old Yeller on a loop. Obviously, I have not been out of the house much, as people who come into contact with me act like I’m Typhoid Mary.

I broke avoidance of the public last Sunday, though. There was a benefit for my friend and much-loved local bartender Carrie Hungerford going down at Lola’s Saloon, and I could not miss out just because some spore was hassling my sinuses. Over the nine years I have known Carrie, she has quietly and determinedly fought the emperor of all maladies, cancer, and its devastating side effects. I remember the day she sacrificed her majestic waist-length dreadlocks to the scissors, before making it through rounds of chemo.

But for all the pain this wicked disease has thrown at her, Carrie is mighty and fierce. She’s still slinging drinks at Lola’s Saloon, right up until it’s time for her next surgery on January 24. This round of treatment will force her to take a month off work for recovery, which is what inspired many of the people who love her to give some financial help, though Carrie would never ask for assistance.

I popped into the shindig early so I could catch “BLUTHER” (what I collectively call my buddies Blake Parish and Kristopher Luther, like they are Siamese twins glued together by whiskey). Usually, the start of events like this are slow, but there was already a large group of local service industry people there to check out the silent auction items and snag a moment to talk with the guest of honor.

Anyone who stumbled into Lola’s, even if they were unaware it was a different kind of party, got a hell of a deal for their donation dollars. It was a who’s who of local musicians donating their time to benefit Carrie’s cancer treatment, including Bluther, Taylor Craig Mills, Carey Wolff and the Morning After, Urban Pioneers, Red Admirals, Merkin, Movie The Band, Bitch Bricks, and Doom Ghost. If you missed the event, Carrie’s friends set up a GoFundMe for donations at Gofundme.com/carriehungerford.

It occurred to me while chatting with Lola’s owner Brian Forella that Fort Worth music and service industry scenes are uncharacteristically supportive of each other. Similar cities with burgeoning local scenes often have bitter rivalries and battles between the outsized egos of staff, bar owners, and musicians. As I looked around the room, I spied so many of the same people you see at other similar philanthropic events.

A perfect example of this is Chris Donley, who worked behind the bar for the beginning of Carrie’s night and played bass in Merkin later that night. He helped me plan a benefit five years ago after my family had been struck, yet again, by the dreaded C word. When the world around me felt like it was falling spectacularly apart, Donley and a host of other musicians and service industry people stepped up and gave their talent and time. It speaks volumes about the attitude cultivated here in our community, and we should be proud of how Fort Worthians rally around their own. This thought makes me a little misty, and not from an attack of mountain cedar.