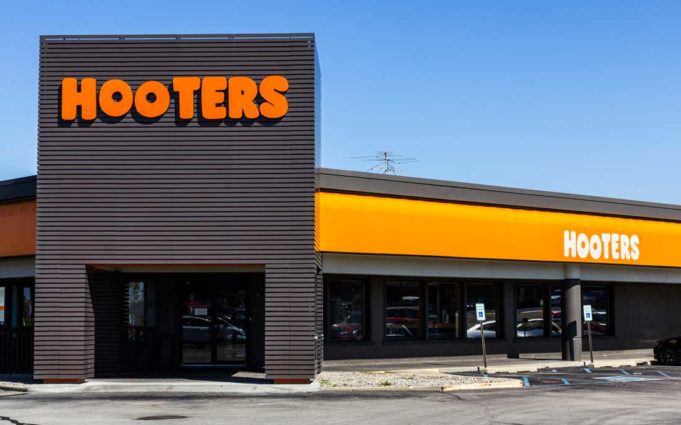 Conservative activists are not amused that Fort Worth school board president Jacinto “Cinto” Ramos Jr., allegedly used campaign funds to take volunteers and students to two area breastaurants or restaurants whose servers are female and wear skimpy clothing.

Campaign finance records show that Ramos hosted a dinner for students from Australia at the Hooters in North Richland Hills on December 10, 2015. According to reports, he also took a group of volunteers to Ojos Locos in downtown Fort Worth on June 6, 2013.

Ramos’ choice of restaurants raised the ire of Stand for Fort Worth, a group that claims to promote “Fort Worth values the Fort Worth way.”

“We simply cannot trust a man who would spend campaign funds to take students to a place where women are exploited as sex objects,” writes Stand for Fort Worth in a Feb. 7 blog post. “Fort Worth deserves better from its elected officials. And our children need to know they can trust those on the FWISD board to uphold the highest standards of integrity and decency.”

Ramos did not respond to repeated emails and phone calls seeking comment. Ramos, a juvenile probation officer, is running unopposed for the District 1 seat on the nine-member school board.

“In what rock garden did we hatch these loons?” David Gill wrote.

Brad Ezzell chimed in, “I hear that the hotwings are eye poppingly good!”

“Is Fort Worth really in Texas?” asked Edward Adler.

“But please, tell [us] more how you think men belong in the little girls’ restroom,” wrote Melissa Griffith Powell.

But was Ramos’ choice of restaurants in poor taste, or was it something more?

In an email response, Fort Worth school district spokesperson Clint Bond said, “This is a question that should be directed to the Ethics Commission since FWISD has no control over campaign funds.”

According to Ian Steusloff, general counsel for the Texas Ethics Commission, state law prohibits candidates and office holders from using campaign contributions for personal gain for themselves or their families. And that’s pretty much it.

“It would have to be something primarily personal,” Steusloff said. “The Commission does receive complaints alleging that political contributions were used for personal activity, and they are considered on a case-by-case basis.”

Stand for Fort Worth is the same group that called for the repeal of the school district’s liberal policy on transgender restrooms in April. Supporters of the school district’s stance believe the policy is intended to protect the civil rights of students who self-identify as transgender. Critics of the policy claim it will open up female students to potentially unsafe scenarios by allowing males into female restrooms. Lt. Gov. Dan Patrick and Attorney General Ken Paxton also spoke out against the school district’s first draft of the policy. In July, the district revised the policy to say parents must be notified if their child is seeking to use a restroom based on his or her gender identity.

When it comes to breastaurants, there is merit to what some may dismiss as the ramblings of self-righteous right-wingers. A 2015 University of Tennessee study found that while waitresses at breastaurants tend to make good money, the work can take a psychological and emotional toll. The environment typically requires women to endure a constant barrage of lewd comments and unwanted advances, the study states. In turn, this can cause depression and high levels of job dissatisfaction.