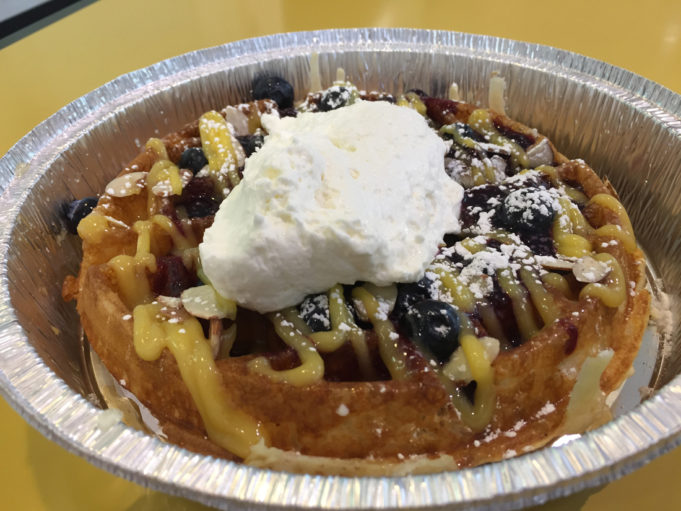 Ridgmar Mall is a very sad place these days. The once-thriving complex now looks more like the setting of some post-apocalyptic abandoned-city movie –– and not even a blockbuster. Like, one with Pauly Shore as the lead. Neimans is gone, Dillard’s has one foot out of the door, and countless little kiosks and storefronts sit empty. On a recent visit, someone panhandled me just outside of Old Navy. Not in the parking lot. Inside the mall.

As a Westside native and child of the ’80s and ’90s who grew up thinking John Hughes flicks were more anthropological studies than cinematic brain candy, Ridgmar Mall played an important role in shaping my social construct –– at least my imagined one. Every shop was a like a clique badge: The skateboard shop was where the bad kids hung out, the athletic shoe place was a popular jock haunt, the record store is where the stoner musicians would loiter, the theater kids practically lived at the novelty gift shop, and the Neiman Marcus makeup counter was for rich out-of-your-league girls. I mostly hung out in the food court for obvious reasons.

Now Ridgmar Mall is a sinking ship, and that makes it all the more curious that someone would open something as niche as a waffle bar in the belly of the starving beast. But here comes Pinky’s Waffle Bar (1710 Green Oaks Rd, 682-438-2328) between the locked doors of Dillard’s’ bottom floor and the everything’s-five-dollars shop. The tiny corner eatery isn’t anywhere near the food court, where staples of American cuisine such as Subway and Chick-fil-A sling their grub. I’m sure Pinky’s’ location probably worked to its advantage as a sugary ambush for exiting Dillard’s customers. But without that foot traffic, Pinky’s must be feeling the pinch.

(Soapbox warning.) The first time I tried to visit the waffle bar, the place was closed due to the Day Without Immigrants protest. To me, that made the eatery even cooler. At every restaurant where I’ve ever worked, the kitchens were staffed with mostly Mexicans. At every restaurant you currently love or have ever loved, Mexican employees are the backbone of the operation –– even the ones where a lily-white person in a chef’s coat gets all the credit. Some of the hardest-working people I’ve ever met came to this country illegally to escape abject poverty and hopelessness (or worse), got a low-paying kitchen job well below their talent level, and rose to become, not only great chefs, but proud, tax-paying citizens of this country. Maybe anyone who doesn’t think that’s the true American dream should re-read Emma Lazarus’ sonnet emblazoned on the Statue of Liberty. (We now return to our regularly scheduled column.)

When I went back to Pinky’s, it was the height of the lunch hour, and I was the only one there. I watched as one of the mall custodial staffers carefully dusted the fake plants that surround the bottom of a nearby stairwell.

Pinky’s offers seven or eight varieties of gourmet waffles, ice cream, and blended, frappy beverages. But this isn’t just some frozen Eggo slathered in Mrs. Butterworth’s. Pinky’s is the brainchild of Chef Maritza Sepulveda, who worked at Eddie V’s in Houston and on West 7th Street. The bill of fare is sophisticated, if playful.

On my solo visit, I went for the Blue Waffle ($8), an airy, crunchy treat that was pulled hot out of the iron and topped with blueberries, blueberry syrup, a creamy lemon curd, slivers of toasted almonds, and a generous hillock of Henry’s Homemade Ice Cream. The gooey, sweet morsel was a nuanced balance of textures, flavors, and pure, childhood-level giddiness. It was so filling I couldn’t finish the dinner-plate-sized portion.

I would have given that guy in front of Old Navy a dollar if he had told me he wanted a Pinky’s waffle and not some made-up story about needing to fill his gas tank.