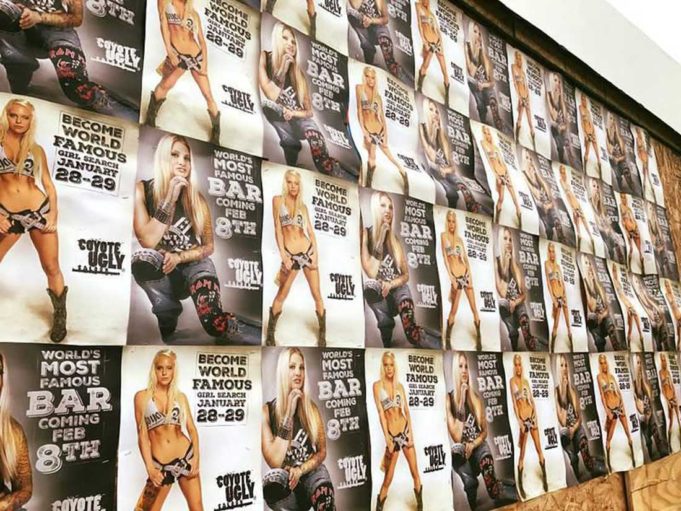 Is there an inoculation shot to protect from being intoxicated by the siren song of ’90s nostalgia? If you are a Gen Xer or part of my unnamed generation born in 1977-1982, you are probably noticing how many people are looking at the dot-com and grunge era with rose-colored glasses. It’s easy to be wistful for the longest period of economic growth in U.S. history, when finding a well-paying job with a lot of perks was relatively easy. Anyone with a marketable skill in tech could stumble into an interview wearing flip-flops and reeking of piña colada and land a six-figure job that included health insurance for you and your pet parrot Scott.

Inevitably, the dot-com bubble burst and washed away those salad days. Perhaps it’s the comparison between then and our Orwellian world of today that makes the past prettier. It’s these thoughts that come to mind when a Coyote Ugly bar opens in Fort Worth and Miller Coors announces Zima’s return to the North American market.

Two decades ago, college coeds (including yours truly) were guzzling Zima by the hogshead. The moment the non-carbonated clear malt beverage was uncapped, you had to put some taste and color back in by adding grenadine, sour apple schnapps, or a Jolly Rancher. But by the time Americans were making plans to ride out Y2K disasters using four pounds of beef jerky and a case of scotch, the transparent hootch had mostly disappeared. After the recent success of “hard” sodas, Miller Coors is banking that the brand will find a new market in 2017 with sentimental Gen X drinkers and hipsters suffering from an attack of “zomething” not cool is totally cool.

While you are digging in the closet looking for 10-eye Dr. Martens to wear to a future Zima-chugging party, see if a copy of Coyote Ugly on VHS is in there, too. Unless you lived in Manhattan or are a fan of former employee turned writer Elizabeth Gilbert, you probably know of the bar only by the poorly rated guilty-pleasure film bearing its name. Though a work of fiction (script doctored by ’90s icon Kevin Smith), Maria Bello portrayed the real life founder Liliana “Lil” Lovell well enough to make them both recognizable celebrities.

Fort Worth’s Coyote Ugly outpost is now open in the former Ranch Oak Market, mere spitting distance from the Modern Art Museum of Fort Worth. The interior of the modern-rustic style room is expansive, with sultry low lighting, ready-made for scantily clad hardbody babes called “Coyotes” to gyrate on the bartop. Frankly, you can tell it’s a chain bar outpost because there’s zero fear of contracting Hep C in there, unlike the original. Nor will you see a bunch of typical chain restaurant style-kitsch stuck to the walls in an attempt to fool people into thinking it isn’t a brand new bar. There is an American flag made entirely out of vintage Wranglers which, thankfully, invokes Jasper Johns instead of TGI Fridays.

You will see a cross-section of female eye candy that eschews easy stereotypes. Tattoos? Fine. Purple hair? Sure. Do you look like you have eaten a cheeseburger this year? Yeah. Can you make a decent cocktail? The jury is still out. Whatever alchemy Lil puts together for her Coyote employees has a raunchy charm that doesn’t feel like the Stepford Side Chicks of Hooterville came to town. So if you’re headed down the rabbit hole of reminiscence, Coyote Ugly isn’t a bad place to bring the flannel out of retirement and patiently wait for the return of zomething different.