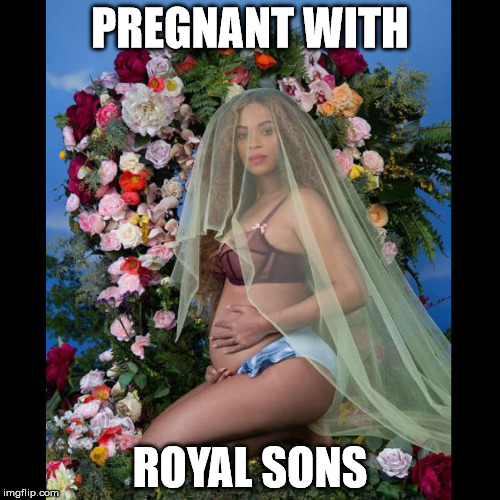 I recently interviewed a friendly, smart young woman in her junior year at TCU who has been living in Fort Worth for a couple of years and has hung out in the West 7th corridor a few times. That side, the one popular among her TCU friends. I asked her if she had ever crossed the street to hit Lola’s or The Grotto. She had been to Mad Hatter’s, after all. Lola’s is only a block away.

No, I said. Lola’s. It’s one of the most popular underground music venues in the entire Republic of Texas.

“No!” she answered, her eyes contorted into a question mark. “I’ll have to check it out, though!”

The other day, that Beyonce person, who makes music for teenagers and people who just like to dance! dance! dance!, posted a photo — to Twitter perhaps or maybe Instagram; somewhere on the internet — of her pregnant self. People went nuts. Apparently. I didn’t get the news on n+1 or Bookforum. (Or, OK, The Chive.) I learned it from two reliable sources, my wife and my best friend back home. Curious, I googled the pic. It’s a photo of a pregnant lady. And your point is … ?

That pop stars, especially from film and music, have replaced gods and/or God as religious idols is nothing new, going back decades. And it’s understandable. What we unwashed get from worshiping a god or gods is, evidently, good fortune. Which may or may never come. What we get from bowing down to stars and starlets, evidently, is even better and truer: a temporary respite from reality. Cruel, unforgiving, relentless reality.

At the Grammy Awards a couple of weeks ago, Beyonce took the stars-as-deity thing literally, coming out onstage dressed as some sort of Hindu goddess –– her arm movements were multiplied by special effects to create the impression of a painting of Maa Chandika or Maa Durga. Or, because music is involved (allegedly), Saraswati.

Queen Bey, as she is apparently, demurely known, is still pregnant and was at the time of her performance. At what point does putting on a spectacle cross over into “Everyone’s right! I am a goddess! I’m-a go out onstage 15-months pregnant!”? You can just see it on Bey’s face. Sooo serious. Sooo arty.

This is all a long way of saying that every Fort Worthian — from the most insulated TCU student to the smokiest dive-bar dweller — should head to Lola’s for Friday’s show: headliners Burning Hotels preceded by two new super-groups, Royal Sons and Programme. All from Fort Worth. All fantastic. Super. I mean, the best ever. Ask anyone. They’ll tell you. Terrific.

Burning Hotels have been around a while: regular airplay on KXT, cameo role in a Disney blockbuster a few years back, official South by Southwest gigs. And though co-frontmen and songwriters Matt Mooty and Chance Morgan are family-men now, they’re still working on new material, recording “here and there,” Morgan told me. They’re also “gearing up” for Fortress Festival, taking place in the Cultural District Sat-Sun, Apr 29-30, and featuring Run the Jewels, Purity Ring, Flying Lotus, Slowdive, Houndmouth, and more.

And while Programme (“Enter: Programme,” Sep 28, 2016) specializes in ’80s cop-show themes, Royal Sons will steal yo girl. Haven’t heard them yet — they’re brand new — but since they include former members of In Memory of Man and a former member of dearly departed blooze-rockers The Hanna Barbarians, I know they’re all young/youngish studs. Frontman Blake Parish said the IMOM guys have “brought a heavier sound” to him and that he has “kind of brought the blues to them.”

Cover is $8-12. Even a TCU student can afford that. Plus two slices with the works at Fort Worth Pizzeria. And last call at Mad Hatter’s. And an Uber home. All the way to campus.