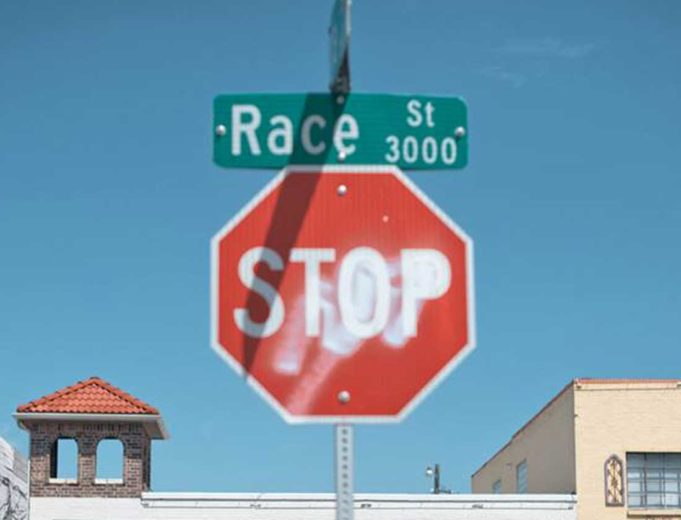 Restaurant owner Juan Solis is so pleased thus far with the brisk business at his new Good Food Co. restaurant that he’s been doing a little Race baiting. He and business partner Evan Williams have been talking up Race Street to their entrepreneurial friends, hoping to entice them to move their businesses to the Riverside neighborhood.

Designated as an urban village more than a dozen years ago, Race Street has been slow to gain momentum.

One reason: The urban village has had no places for the villagers to rest their weary heads at night. Race Street is all businesses, and the surrounding neighborhood is loaded almost exclusively with old-stock single-family units and duplexes. But this is about to change. A Dallas developer is building apartments on nearby Oakhurst Scenic Drive and is set to begin leasing soon, bringing families that will no doubt be looking at nearby Race Street for shopping options.

“You need that density,” said Debby Stein, chief improvement officer of the Riverside Arts District. “If you want your businesses to be successful, you’ve got to have the density. We need bodies on the street.”

Solis and Williams opened Good Food Co. in January, serving breakfast and lunch on weekdays (“Jeepers, That’s Good Food,” March 1, 2017). They say business has been good, and they see the payoff that could come for those with conviction and patience. An added plus: The city is paying to improve the streetscape this year. Solis compares the “good vibe” of Race Street to that at West Magnolia Avenue, the bustling entertainment thoroughfare on the Near Southside.

“We definitely have a lot of faith,” Solis said. “I think we’re going to be very successful.”

One of the items on the menu is the River East sandwich, a reference to the River East development underway near the Trinity River bluff a short distance away, where Race Street dead ends at the river. A turf war has developed over the name of this area. City literature tends to refer to it as Six Points Urban Village, a reference to the six-pointed intersection of Riverside Drive and Race and East Belknap streets. Some residents take great pride in the Riverside name, which has been used to describe the area since the late 1800s. They don’t take kindly to a developer coming along and trying to rename and re-brand their historic area. Most neighbors appear to prefer Riverside or the Riverside Arts District.

But that’s behind-the-scenes chatter. Solis and Williams are simply putting their money where the mouths of the growing Riverside lunch crowd are.

Fellow restaurateur Mary Perez considered moving to Race Street but felt some of the lease agreements were hard to swallow. Perez said she met twice with current developer Pretlow Riddick to discuss the possibility of moving her Enchiladas Ole restaurant from nearby North Sylvania Avenue around the corner to Race Street, where, she said, “a lot of new businesses,” as well as the street’s proximity to downtown, are bringing in lunch crowds. Riddick outlasted the Great Recession of the late 2000s while slowly but successfully wooing new tenants to his buildings and creating the cool hot spot that people have been envisioning for years. However, Perez decided against the move, even though she endured six burglaries at her current location between 2013 and 2016 and sometimes has to deal with prostitutes trying to use her parking lot to drum up business. She keeps pictures of them on her cell phone.

The rent proposed by Riddick was too high for the area, Perez said, and, on top of that, she said he wanted a cut of her profits if they reached certain levels.

Riddick, she said, had “offered us a good location, but the rent and what I was going to have to put in to finish out the building … to me, I just didn’t think it would make that much of a difference. When the rent is comparable to a lot of heavy-traffic locations, then it’s really not such a good deal.”

River East and Six Points are “really not there yet,” Perez said.

Money wasn’t the only factor in her decision. She feels that Solis’ good vibrations don’t necessarily extend into the evening hours, when darkness falls on an area that has seen its share of thefts, burglaries, assaults, and various other crimes over the years.

Race Street was doing a wheelie in the mid-2000s after the openings of a couple of restaurants, a banquet hall, art gallery, motorcycle shop, smoke shop, and other small storefronts until the Great Recession. Early developers and potential tenants struggled after banks hesitated to make commercial loans. Small businesses closed their doors. New properties sat vacant. Banks foreclosed on others (“Race Redux?” May 6, 2015).

The banks weren’t the only ones putting a pinch on gentrification. Criminals and vandals were still mucking about. Homeless people still sometimes drift up from the shelters farther south on East Lancaster Avenue. In 2012, volunteers spent weeks using donated lumber to build 10 large community garden beds. Thieves stole them before they were installed. In 2013, a woman was shot outside of Dino’s Bar and Grill on in the 2700 block of Race Street. In 2014, a man was shot and killed at the since-closed Gators Jam Inn in the 2800 block.

“It can be scary at night,” Perez said of Race Street. “It’s a very tough area.”

Other business owners, though, such as Julie Markley of Gypsy Scoops ice cream shop on Race Street, don’t necessarily share those opinions. Markley said she is “really happy” with both Six Points and having Riddick as a landlord. She said he has been advising her as she turns Race Street’s old, burned-out post office into a venue for concerts, weddings, and traders’ markets. Markley plans to open The Post later this month.

“He’s been nothing but honest with me, and I have only good things to say about him,” she said.

At Riddick’s request, I emailed him questions for this story. One thing I asked for was a response to Perez’s statements. His reply made no mention of the issues she raised, but he did note that 16 new businesses representing a “good mix” of small companies, restaurants, and retail shops have opened at Six Points over the past few years, including New York Pizza, GDT Art, PDQ Temporaries, Ryan Ray T-Shirt Designs, and Texas Defense Academy.

“The momentum continues to build,” he wrote, adding that excitement will “continue to grow as the city completes its planned streetscape project for Race Street.”

In August, city staff will advertise bids for Phase I, which will include Race Street improvements between Holden Street and Grace Avenue, said Eric Fladager, planning manager of the city’s Comprehensive Planning Section.

Phase II involves street improvements west of Grace to Oakhurst Scenic Drive, with additional pavement painting on Sylvania Avenue to follow within several months. The improvements will be funded by $2.5 million raised as part of a 2014 bond package.

Six Points may finally begin to catch up with the more advantaged Berry Street initiative, which was among a number of urban villages targeted by the city a decade ago for improvement. Nicole Foster, who earned her Ph.D. from the University of Texas at Arlington in 2016 and wrote her dissertation about the Race Street project, said Berry Street benefited from its close proximity to Texas Christian University, while Race Street, which is mostly single-family residential with small businesses, lacks such strong economic drivers with political clout.

Dwellers in the Six Points zip code are more socio-economically diverse than Berry Street, she said, creating different market dynamics. Foster, who was closely involved with the Six Points project for a couple of years while working on her dissertation, said that the city was slow to “fully value” that area’s potential as the Riverside Arts District, noting that the presence of artists and other creative industries is often key to revitalization.

Riddick’s participation seems to have gotten the city moving on promised streetscape improvements, she said, but while Riddick is now “part of that conversation,” some aren’t sure that he supports the arts activity on the street. Some of the artists who were part of the revitalization left because of uncertainty over Riddick’s vision, she said. Another problem, in her view, has been the lack of quality of outreach to Spanish-speaking residents and a lack of transparency by prior developers when transparency could have created a more inclusive and creative vision for Race Street.

Foster believes that streetscape improvements will make an impact.

“It does look as if the city will move forward with those improvements, which could make a big difference in attracting more investment and interest in the area,” she said.

People, Markley said, get impatient because of what they feel is slowness on the city’s part, but there has been “a lot of buzz about new businesses coming in.”

After the success of Gypsy Scoops, which has been on Race Street for more than a year, Markley is a believer.

“I see great potential in the street,” she said. “I think it’s going to be a lot of fun.”

“We’re just really expecting good things,” she said. “I wouldn’t have come over in the first place if I didn’t think that.”