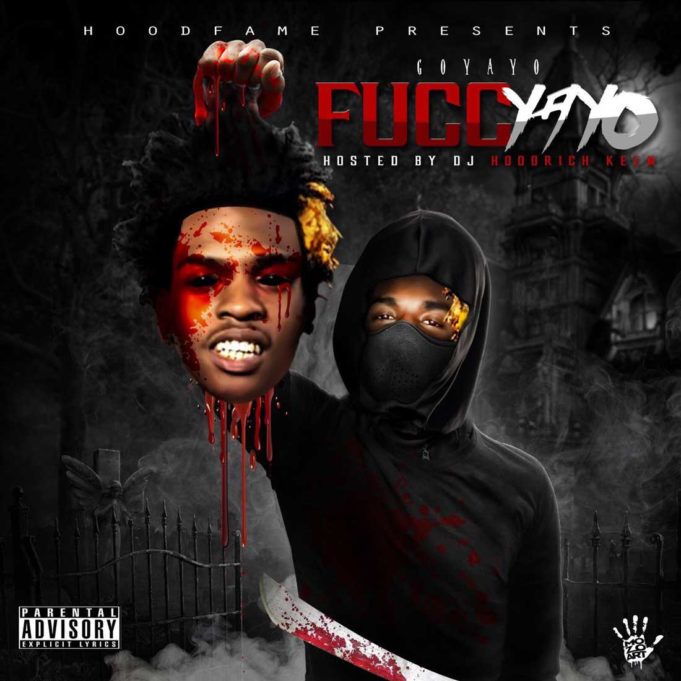 You probably haven’t heard of him, because you’re not in high school in Fort Worth and aren’t addicted to social media, but Go Yayo is kind of a big deal. A trap-style rapper — think: minimalist digital beats beneath excited talking (rhyming optional) about “bitches,” “hoes,” drugs, and violence — the 19-year-old has more than 15 million YouTube views for his assorted music videos and has 22,100 Twitter followers. The appeal? It’s hard to tell, but Yayo, a.k.a. Kyrin Peters, is slim and attractive, and he dresses the ghettofabulous part of street superstar, Odell Beckham Jr.-streak in his hair and all. You could call Yayo a sort of people’s champion. Young people.

In May, Yayo crashed a standardized test rally hosted by a North Texas hip-hop radio station at Morningside Middle School to lecture the hundreds of students about good choices. The radio station thought the school had booked him. The school thought the radio station had brought him in. Eventually, he was kicked out. #CantBanYayo was trending locally later that afternoon and the next day.

Stardom has become to seem random. Is major-label darling Maren Morris really the best country/pop-style singer-songwriter from Tarrant County over the past few years? She’s up there, for sure, but what separates her from, say, Summer Dean or Whitnye Raquel? Geography, for one thing — Morris relocated to Nashville several years ago to be closer to all that hot, hot Music City action. (Evidently, that tack still works.) Dean and Raquel still live here. The same holds true for indie-rockers The Unlikely Candidates. Are they really better than, say, the Burning Hotels or The Orbans? I guess the only answer is in the pudding: TUC was signed to a major label. The Hotels and The Orbans were not, despite the lavish praise they’ve been given in these pages. Shocker, I know.

As someone who’s been writing about underground music for nearly 20 years, I can say that in any other, previous era, a rapper with 22,100 Twitter followers would have been signed yesterday. (I believe you can buy followers, but 22.1K seems like a number that can be achieved only organically. 5K? Sure. But 22.1? There has to be more to it.) That Yayo has not been signed could be a good thing. Apparently, he makes music for a living, having released several mix tapes over the past couple of years, including his most recent, the non-middle-school-friendly Fucc Yayo. If making music for a living is not success for any musician, then he or she needs to recalibrate. And Yayo did all of this on his own. He’s not indebted to anyone, except maybe his fans and supporters. The best way to repay them? Make more music. Why would he even need a major label? (To cross over into film, I know, but he’s only 19. He’s got a long way to go before the fat cat gatekeepers of the universe can trust him with the family Ferrari. And he’s got a lot of time to keep being his incredibly popular self.)

The “tastemakers” at South by Southwest caught on, though they would book even you and me to their allegedly exclusive showcase if we had enough YouTube views or Twitter followers. (See: Complete.) At the most recent iteration of the annual Austin festival, Yayo participated as a sanctioned performer. It was probably his first exposure to a mainstream audience. Did he get signed by some fat cat gatekeeper down in front? If you think South-by is still about that, then you’ve been asleep for the past decade.

Or maybe Yayo’s lack of a major label deal is his own fault. On Jan 2, 2015, he was arrested for assault with a deadly weapon. He was but a tender 18-year-old at the time.

Shouldn’t all that street cred be working for him, though? Or maybe it is. Just not in the way we old-heads are expecting.