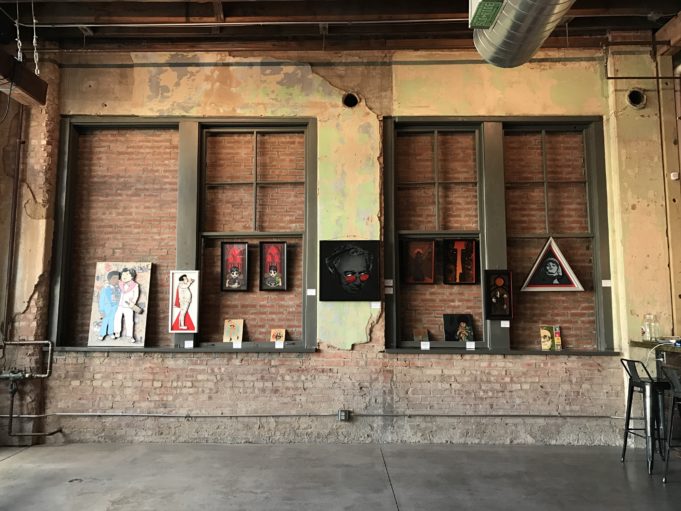 For some, contemporary art is simply a divertimento for the rich and affluent. For several hundred thousand visitors to the Modern Art Museum of Fort Worth and several local galleries each year, though, it is an enriching and necessary part of their lives. The visual arts power the economic engine of Fort Worth just as much as our cowboy and rodeo veneer. So it’s only natural that craft beer breweries team up with these influential local artists and galleries.

Dave Riddile and Carly Taylor, Collective Brewing’s taproom managers, recently developed the concept of a curated, monthly art series as a way to enhance the sense of community at the brewpub.

“The space already had a warm and comfortable feel,” Riddile said. Carly and I are “both plugged into the local art scene. So we saw it as a natural pairing.” 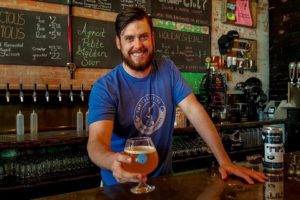 The duo didn’t want the art to be an afterthought at the taproom space. Riddile worked closely with the artists and collective groups like Art Luck to see what selections they would like to see hung. The first Thursday of the month is reserved for an opening show reception. The events have been well attended, Riddile said. Just yesterday, two works by the current group, Pussyhouse Propaganda, were sold. Next month will feature works by Laura Willig followed by photographs by Walt Burns June.

“It’s been a really good way to engage the community, bring in some friends of ours, and enjoy being around some really good art work,” he said.

For those of you have haven’t met Riddile, he’s a cool cat. By day, he’s a french horn professor at TCC. By night, he’s wheeling and dealing craft suds at Collective Brewing. You might even catch him volunteering as a board member for local hybrid art gallery, Art Tooth. With quirky, creative people at the helm of programs like Art + Collective, maybe art and beer aren’t the odd couple after all.

From Martin House: Come to Flying Saucer Fort Worth Wednesday, April 19 from 7 to 9pm to celebrate our four year anniversary with a tasty four-course collaboration between the Flying Saucer kitchen and Martin House Brewery. We will open the evening with a tasting of Martin House’s new release, Eagle Mountain Pilsner. Tickets are $40 each and include the four-course dinner, five beers, and a one-on-one with Martin House founders. More event info here.