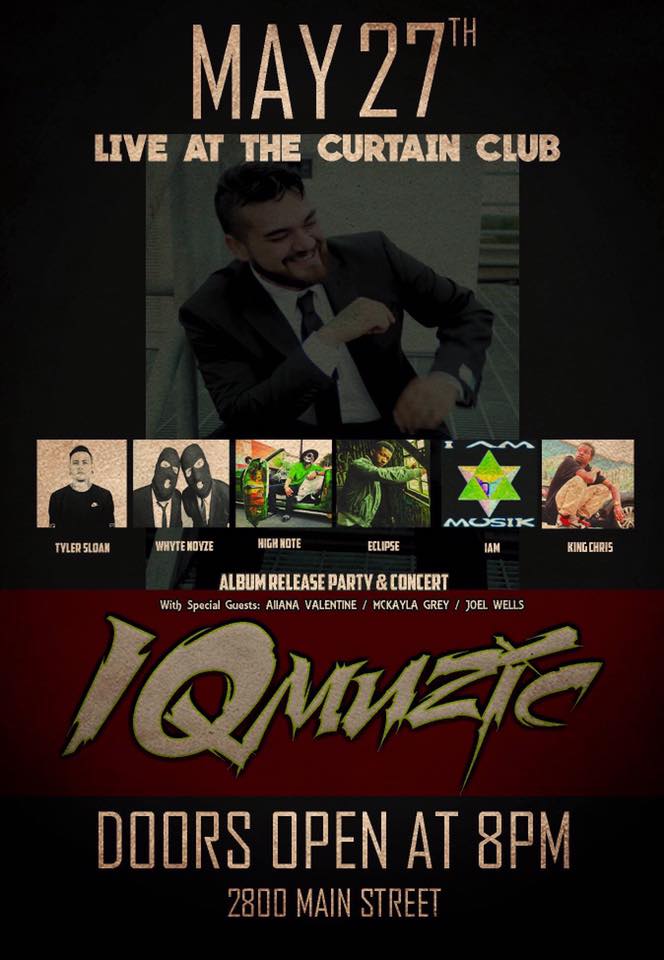 If you happen to catch yourself in Big D tonight, check out IQmuzic’s album release at the Curtain Club (2800 Main St, 214-342-2030). This show merits your attention for two reasons: 1) IQmuzic is really good. His rap style is like a high-performance sports car –– it holds steady and sleek until, seemingly out of nowhere, his flow shifts into high gear and hits you like metonymical bullets shot out of a machine gun. 2) Later this year, he’ll attempt to break the world record for fastest rapper. So, go see some history. Also sharing the bill are Tyler Sloan, Whyte Noyze, High Note, Eclipse Darkness, Iam Musik, King Charles, and DJ Girlbot. Tickets are $10, the doors open at 8pm. Here’s a preview of the album’s first single: