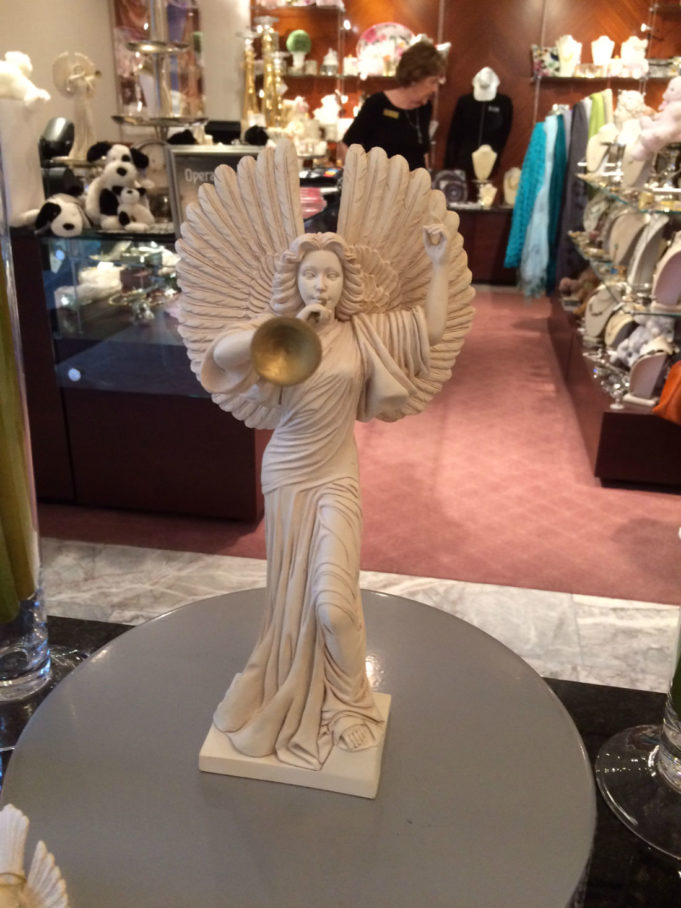 People are protesting police racism right now outside Bass Hall as I write these words. Four people, to be exact, which is kinda sad. The doors to the hall are pretty good at keeping outside sound away from the inside, and there’s also a pianola blaring in the lobby, if you can call an old recording of Arturo Benedetti Michelangeli playing Chopin’s Berceuse “blaring.” The point is, those protesters aren’t being heard. They’ll have to either attract greater numbers or change their tactics.

Meanwhile, all the Haydn I’m hearing is starting to sound the same. Look, I know that Mozart’s music for solo piano got way overplayed in the past while Haydn’s music for the instrument got neglected, so it’s understandable that people are playing him, but the pendulum has swung too far, at least for my ears. The sensible move might be to look for an alternative to the alternative like Pierdomenico did last night.

South Korea’s Kim Da-sol starts with Haydn and possesses one of the most highly developed technical apparatuses I’ve ever heard at this competition. His rendering of the Sonata in E major (Hob. XVI:31) is on point, and he imparts a high polish to the Triana from Albéniz’ Iberia, making the piece sound like the product of a Spanish Stravinsky. The jaw-dropping stuff comes in the Hamelin toccata, which he gives the best performance of yet, emphasizing the filigree in the work’s upper notes. He ends with Gaspard de la Nuit and makes “Ondine” sparkle like few other pianists I’ve heard. (On the piece’s glissandi, he plays the individual notes as fast as others can drag their fingers across the keys.) I rather miss the element of blackness and morbidity in the Ravel piece, especially in his “Le gibet,” which isn’t near as gruesome as it should be. Still, the guy has command of all manner of special effects, knowing exactly how much weight to put on each note. Let’s hope he keeps that fine edge as the competition goes on.

The unenviable job of following Kim falls to Tristan Teo, and the 20-year-old Vancouverite seems overmatched. He plays Beethoven’s 31st Piano Sonata, a late piece where the composer is throwing out the rulebook and seems to be trying to commune with the gods through his music. Teo seems to get lost amid the sonata’s mysticism, and the same goes for his playing of Liszt’s solo arrangement of Die Totentanz, where he does reasonably well with the big virtuoso passages in the “dance of death” but can’t seem to make sense of the lyrical parts of the piece.

Last up in the morning is Caterina Grewe, who is half-Japanese but flies the flag for Germany. The centerpiece of her program is Scriabin’s Third Piano Sonata, an explosive work where the great Russian weirdo started to sound like himself. The first movement has explosions in the bass that throw off curlicues of melody in the treble, but those phrases feel labored in Grewe’s hands. She knows the texture of Scriabin, but the piece as a whole lacks that burning edge that you associate with his music. I like her adventurous spirit in choosing Liszt’s Nuages Gris (“gray clouds”), a piece from the composer’s old age when he experimented with unresolved chords and atonal music decades before Stravinsky and Schoenberg did. However, she seemed a bad fit with Liszt’s hellbent Wilde Jagd, a piece whose title means “wild chase” but which felt like a ride on a particularly tame roller coaster in her reckoning. This program feels badly chosen.

I fight off the drowsiness brought on by my lunch to listen to Austria’s Philipp Scheucher. He fights off an indistinct Beethoven Fantasia in G minor and Hamelin toccata to play the dark, angry chords of the Prelude in D minor by 43-year-old Russian-American composer Lera Auerbach. He continues his hot streak with Liszt’s Consolation No. 3, which shows off his lovely singing tone. Then, after a slow start with Liszt’s Rhapsodie espagnole, he does some enviable lacework with the treble notes and finishes the piece strong. It wasn’t the best program, but he did show me something. With only 10 pianists being eliminated after this round, that might be enough if the jurors feel the same way.

Apparently, Martin James Bartlett is something of a big deal in his native U.K. The bespectacled Brit is only 20, but he performed as part of Queen Elizabeth’s 90th birthday celebration last year and played the celesta on a charity cover of “God Only Knows” with Lorde, Sam Smith, One Direction, and a couple dozen others. (You can spot Bartlett in the video!) Of course, none of that counts when it comes to winning this competition, but he does pair a sharp-outlined performance of Hamelin’s toccata with a similarly robust rendition of Bach’s Toccata in C minor. He’s an animated presence on the bench, bending low over the keys, rocking back and forth, and letting out exhalations so sharp that I can hear them sitting near the back of the hall. He also spends so much time adjusting the bench before his program that he’s able to turn it into a joke. Maybe we could use more Victor Borge comedy stylings here. Bartlett’s version of Schubert’s Impromptu in G-flat major shows a cantilena that’s pleasingly unpretentious, unlike my use of the word cantilena just now. He way overdoes his last item, Barber’s Piano Sonata, so he clearly has stuff to learn, but I still like what he does.

Speaking of overdoing things, Ilya Maximov takes the stage. He starts with Harold Bauer’s piano arrangement of César Franck’s Prelude, Fugue, and Variations for organ. You don’t often hear Russian pianists playing Franck, and Maximov takes an unabashedly Russian approach to the French composer, using the pedal and taking a Romantic approach to this intellectual piece. I’ll say it’s unique. You’d think Maximov would be suited to Rachmaninov, but disaster strikes when he plays his music. The pianist does fine by the Prelude in G-sharp minor, but the Second Piano Sonata in B-flat minor comes out with lots of smudged colors amid its great, crashing waves of sound. I’ve heard this piece played prettier, neater, and with greater depth of feeling at this competition.

The evening session starts with Daniel Hsu, a 19-year-old from the San Francisco Bay area, who also bends low over the keys, sometimes leaning perilously to the side as well. He gives a performance of Beethoven’s 31st Sonata that’s way more coherent and deeper etched than the one that Teo played earlier today. He uses the score of Hamelin’s toccata, but he’s the first one who does that and sounds like he knows what he’s doing. The real fireworks erupt, though, in his performance of Réminiscences de Don Juan, Liszt’s fantasia on themes from Mozart’s Don Giovanni. This piece exists purely for technical display, and Hsu brings a slightly crazed edge to it, playing it at a speed that’s best described as “Dear Lord, this is fast.”

More eye-watering displays of technical chops come from Yury Favorin, who has the most swagger of any contestant so far. Maybe that’s because he’s 30 years old and played at this competition four years ago. He is forcefully persuasive when playing Prokofiev’s seldom-played Four Études (Op. 2), pounding the hell out of the repeated chords in No. 1 and bringing an ice-castle splendor to No. 2. More pianists should play these; the left-hand configurations in No. 4 look insanely hard. He does a similar job on another obscure work, Tchaikovsky’s Two Pieces, making No. 1 all pathos and powdered sugar and No. 2 into a clever trifle. He gives us our second straight Liszt opera transcription, Réminiscences de Puritains de Bellini, taking themes from the opera I Puritani. This is less effective as a showpiece than Don Juan, although both of them are the musical equivalent of being glitterbombed. Favorin still has enough to take the crowd’s breath away.

That leaves none for Sun Yutong. He plays Shostakovich’s Prelude and Fugue in D minor in an attempt to convince me that the composer’s solo piano music isn’t dour and dry next to his orchestral and chamber works. The attempt falls flat, and I’m tempted to blame the music after I hear this pianist’s magisterial rendition of Chopin’s Nocturne in C minor (Op. 48, No. 1), incorporating the repeated octaves in the piece well without losing its perfume and rarefied air. Unfortunately, Sun’s performance of Prokofiev’s Seventh Piano Sonata loses all shape and dramatic thrust as soon as he hits the lyrical theme in the first movement. He falls apart completely at the finale, forgetting one passage, hammering the piano at the expense of any buildup, and losing the plot amid the final cascade of notes.

Well, I managed to listen to nine pianists and write about them, and if you’ve read this far, you’ve managed to read through my verbiage about them. We get to do it all again tomorrow.