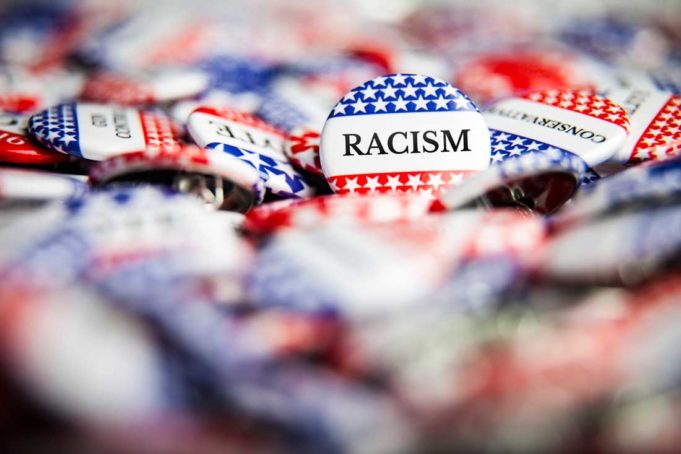 No one under 30 reads anything other than his or her social media feed. This is a fact I just made up. #fakenews! But I’m probably right, and since I am (probably), I can say these whippersnappers are decidedly in the minority. We over-30 folk are many, and lots of us enjoy scrolling or even flipping through our favorite papers and mags. And since November I’ve scrolled and flipped through hundreds of them, and I’ve probably seen that many stories about the average Trumpster on the verge of buyer’s remorse -– y’know, the white Midwestern farmer who is alive, essentially, because of policies shaped by President Obama and the Democratic party but who voted for the orange-haired moron anyway because why exactly? You know why, and I know why, but why are writers at major newspapers and magazines tiptoeing around it? Here, we’ll say it for you: Many of these people voted against their best interests and for Trump because they’re OK with a little racism.

In a recent column in the Times, Nicholas Kristof interviewed Judy Banks, “a 70-year-old struggling to get by” who voted for Trump for one reason: “He was talking about getting rid of those illegals.”

This program is also “her lifeline.”

And that’s it. That’s all Kristof says. No follow-up questions. No nothing, even though the woman, the white woman, basically said that at the least she doesn’t trust Mexicans and at the most hates them.

In a recent cover story in these pages (“The Incalculable Election,” May 3), a Wisconsin public opinion pollster discussed witnessing the construction of a coalition around “racial and economic resentment in small towns” in her state by Gov. Scott Walker.

“White working-class voters, she said, [had] been telling her ‘since 2007 that they [were] not getting their fair share of attention and respect and resources.’ ”

“The racial anxiety and the economic anxiety are inseparable, and maybe that’s always been the case in the United States,” the pollster said. “Our conversations about redistribution are about race whether we are willing to admit it or not.”

Voting for a candidate whose platform includes deporting fellow citizens and taxpayers because they were brought here as children from another country endorses that racism. (See this week’s cover story, “The Long Road Here”) Yes, you should be ashamed.

But we forgive you. Each of us cannot be reduced to a single facet of our personalities, for good or ill. Voting for a racist, sexist bigot does not make you one. Just an enabler. Which is easy to fix.

In law, it’s guilty until proven innocent. In theory, it’s Ben Franklin’s “better 100 guilty persons should escape than that one innocent person should suffer.” Between us, it’s an old saying of mine that I probably stole from someone else: “Even if you see nine bad apples in a bushel of 10, you’ve got to give that 10th apple the benefit of the doubt.” Lives are too important to be despoiled by ignorance alone. It’s your civic duty to enlighten yourself. Start by talking to a Mexican. Or by reading some media outlets with some gonads. The Intercept, Harper’s, and Vox are thriving because they have the truth on their sides. And none of them is afraid of the R-word.