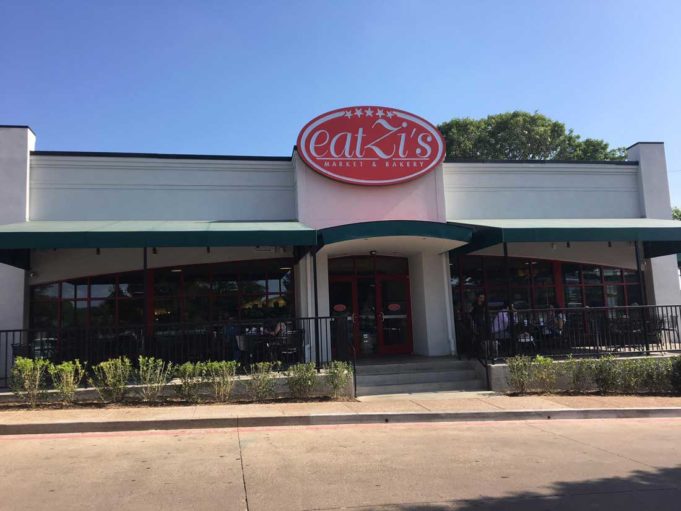 As my guest and I were ambling through the aisles of the high-end market, joking about how my neighborhood Kroger wasn’t giving out samples of truffle popcorn or freshly made foccacia bread, a woman in the front of the store screamed out, “Help, we need a doctor.” The older woman sitting next to her, who I later discover was the woman’s mother, was having a seizure. “She’s not breathing,” the woman cried.

Maybe it was just in my head, but time seemed to stop at that moment, as everyone in the store looked around for someone to do something. Most people just stopped and craned their necks to see what was happening. My guest and I both ran toward the front, though it occurred to me along the way that I wouldn’t be much help. I have zero medical training, despite a healthy and undeserved hero complex. But Hilda was already on the scene. She had moved the seizing woman on her side (so she wouldn’t choke on her saliva, Hilda later told me) and was holding her head and speaking to her in soothing tones.

Not knowing what to do but needing to do something, I ran onto the patio and passed a manager-looking person who was on the phone to a 911 dispatcher. I asked everyone seated there if anyone was a doctor. No one made a peep, but a few people stood up to see what was happening (read: get in the way).

Even though I was trying to help, my first reaction was to run the opposite direction of the crisis. I over-thought the whole thing. I ran from store to store yelling for a doctor. The helpful (not helpful) guy at Jos. A. Bank suggested I call 911. There were too many pre-teens at The Gap, and I didn’t want to scare them, so I quietly asked the woman behind the register if anyone there was a doctor. “I don’t know,” she said. And that made me furious –– although in retrospect, what else could she have said? Instead of rephrasing the question more precisely, I ran next door and repeated my plea.

After striking out on finding a doctor at Talbots, I ran back to Eatzi’s feeling annoyed at my own uselessness. By the time I got there, I could see through the patio window that the woman who was seizing was now sitting up and looking lucid, with Hilda still holding her. Someone, I’m assuming a medical professional, was looking over the woman. In her pillbox chef hat and dark apron, Hilda looked heroic, caring, and still completely in control – although she later confessed to me her legs were shaking the whole time.

I asked Hilda how she knew what to do in that situation. As a kinesthesiology major, she explained, she was required to learn some first aid. And through her studies, she watched a video on what to do when someone is having a seizure. Still, you can’t teach that level of calm. That just comes from being a high-character, caring person.

Eventually the EMT folks showed up and carted away the woman. She was sitting up looking more embarrassed than hurt. I went back inside, where Hilda was restocking something. I thanked her for helping that woman and left.

I’ll go back to Eatzi’s and do a proper review, but my experience that day was overshadowed by the events. So I didn’t think it fair to critique the chicken. It’s a cool-looking place, though. And they definitely seem to have a high-caliber staff.