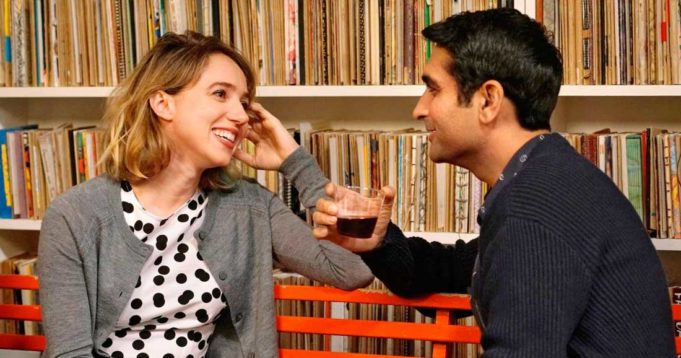 All Eyez on Me (R) Your dorky neighbor’s karaoke rendition of “California Love” will likely be more soulful than this paint-by-numbers biopic that stars Demetrius Shipp Jr. as Tupac Shakur. The actor does a fair enough impression of the rapper and actor, but this movie has no idea who its main character is. One minute, he’s preaching about how his songs will change the world, and the next, he’s laughing along while Suge Knight (Dominic L. Santana) tortures some nobody for fun. The supporting players are given one note to play, which is perhaps why they overemote so shamelessly. The story of this seminal musician gets reduced to a gangsta morality play, and not even a good one. Also with Danai Gurira, Kat Graham, Annie Ilonzeh, Lauren Cohan, Keith Robinson, Jamal Woolard, Deray Davis, Jarrett Ellis, and Hill Harper.

Baby Driver (R) A car-chase movie that’s also a musical. Ansel Elgort plays a youthful-looking getaway driver with a passion for music who works off a debt to an Atlanta crime boss (Kevin Spacey) by driving armed robbers away from the police. In his first American movie, writer-director Edgar Wright (Hot Fuzz) uses his trademark repeated lines and skillfully set-up gags, but also stages car stunts that are all the sicker because you know they’re being performed for real. The supporting cast is terrific, but Elgort owns the show completely as he rocks out behind the wheel to Jon Spencer Blues Explosion’s “Bellbottoms” and dances to Bob & Earl’s “Harlem Shuffle.” The movie’s match of music, editing, and performances makes for a delirious experience. Also with Lily James, Jamie Foxx, Jon Hamm, Eiza González, Jon Bernthal, CJ Jones, Flea, Big Boi, Killer Mike, and Paul Williams.

Baywatch (R) Is there an actor around who’s better at playing dumb than Zac Efron? He brings his act to this big-screen version of the 1990s babes-and-bikinis TV show as a disgraced Olympic swimming champion who joins the lifeguard corps and winds up helping bust a crime ring, protesting all the while (as no one did on the show) that it’s a job for the police. The comedy here is more self-aware than that dopey TV program and Efron’s comic interplay with Dwayne Johnson as the head of Baywatch is good, but the women are eye candy once again, even Priyanka Chopra as the villain. Also with Alexandra Daddario, Kelly Rohrbach, Ilfenesh Hadera, Jon Bass, Yahya Abdul-Mateen II, Rob Huebel, Hannibal Buress, Oscar Nuñez, David Hasselhoff, and Pamela Anderson.

The Beguiled (R) An elegant and beautiful potboiler of the sort you’d expect from Sofia Coppola. Based on Thomas Cullinan’s Civil War novel, this stars Colin Farrell as a wounded Union soldier who stumbles into a sparsely populated girls’ school in Confederate Virginia and starts flirting with the two teachers (Nicole Kidman and Kirsten Dunst) and all the students, possibly to set the women against one another or possibly because he’s played by Colin Farrell. The material might have benefitted more from a director more experienced with psychosexual thrillers, but Coppola finds good comedy in the ways this man disrupts the all-female household, and the violent climactic sequence over a dinner table is one you won’t soon forget. Also with Elle Fanning, Oona Laurence, Addison Riecke, Emma Howard, and Angourie Rice.

Can We Still Be Friends? (NR) This Filipino romantic comedy stars Gerald Anderson and Arci Muñoz as a broken-up couple who wonder whether they can maintain civil relations. Also with Bryan Santos, Ria Atayde, Erika Padilla, and Juan Miguel Severo.

Cars 3 (PG) Basically, this is like Creed with talking cars. In this latest Pixar installment, Lightning McQueen (voiced by Owen Wilson) faces his sporting mortality after a bad run of results and makes drastic changes to his training regimen thanks to a new billionaire sponsor (voiced by Nathan Fillion) who’s so nice that he can’t possibly be a good guy. Once Lightning’s new young trainer (voiced by Cristela Alonzo) is shown topping out over 200 on a racing simulator, we know where this is going. Even so, the base material has a power of its own as the old veteran finds he has to dig into a bag of tricks to stay competitive with the younger racers, and Pixar’s customary in jokes and throwaway gags help it all go down easy. Check for F1 champion Lewis Hamilton as an electronic assistant named Hamilton. Additional voices by Larry the Cable Guy, Chris Cooper, Bonnie Hunt, Armie Hammer, Tony Shalhoub, Lea DeLaria, Margo Martindale, Kerry Washington, Bob Costas, Darrell Waltrip, Richard Petty, Kyle Petty, Cheech Marin, John Ratzenberger, and the late Paul Newman.

47 Meters Down (PG-13) Mandy Moore and Claire Holt star in this thriller as two sisters trapped in a shark cage that comes loose from the boat that lowered them down. Also with Matthew Modine, Yani Gellman, and Santiago Segura.

Guardians of the Galaxy, Vol. 2 (PG-13) More goes right than wrong in this sequel, in which our band of ragtag space rogues crash-lands on a distant planet that’s sentient, can take human form (Kurt Russell), and happens to be the long-lost father of Peter “Star-Lord” Quill (Chris Pratt). There’s tons more funny business, some involving baby Groot (voiced by Vin Diesel) dancing and bringing the wrong items to Rocket (voiced by Bradley Cooper) and Yondu (Michael Rooker) as they’re trying to break out of prison. I just wish the sequel had retained more of the original’s caper feel instead of making all its characters go through some hackneyed emotional arc — our Star-Lord was more fun as a common thief than as a guy with superpowers and daddy issues. Still, enough of the original’s jokey spirit remains to prime you for the third mix. Also with Zoe Saldana, Dave Bautista, Karen GIllan, Pom Klementieff, Elizabeth Debicki, Sean Gunn, Chris Sullivan, Ving Rhames, Michelle Yeoh, Sylvester Stallone, and an uncredited David Hasselhoff.

It Comes at Night (R) Less a horror film than a psychological thriller, this second film by Trey Edward Shults (Krisha) is about a family hiding out from a mysterious pandemic in a cabin in the woods when the arrival of another family upsets the psychic balance of the place. The movie doesn’t have any standout performances, nor does it have the ruthless inevitability of similar films like The Witch and 10 Cloverfield Lane, but Shults paints some fearsome pictures with the woods at night and the teenage son (Kelvin Harrison Jr.) who has fearsome nightmares after watching his infected grandfather (David Pendleton) get executed by his parents. The film is beautiful, but its story about social bonds coming apart under duress doesn’t ping the way it should. Also with Joel Edgerton, Carmen Ejogo, Riley Keough, Christopher Abbott, and Griffin Robert Faulkner.

Megan Leavey (PG-13) Kate Mara stars in this biopic about a Marine corporal whose bond with her military combat dog saves the lives of hundreds of fellow soldiers during the Iraq War. Also with Tom Felton, Bradley Whitford, Geraldine James, Will Patton, Common, and Edie Falco.

The Mummy (PG-13) Great, now that Disney and Marvel have built a whole continuous universe of blockbuster films, everybody else has to have one of those, too. Universal’s attempt to redo all its horror classics is incredibly lame as Tom Cruise plays a soldier-turned-tomb raider who unleashes an undead Egyptian princess (Sofia Boutella) on the world. At different points, everything stops so that some character can unload gobs of exposition about ancient Egyptian mythology, and when Russell Crowe introduces himself as Dr. Jekyll, it seems like nobody has read the Robert Louis Stevenson book. If Alex Kurtzman’s direction were a bit more energetic, then the whole thing would be laughable. As it is, it’s just dull. Also with Annabelle Wallis, Javier Botet, Jake Johnson, and Courtney B. Vance.

Pirates of the Caribbean: Dead Men Tell No Tales (PG-13) The same goes for dead franchises. Much like its three predecessors, the fifth film in the series goes madly in circles as it brings on a new pair of young lovers (Kaya Scodelario and the flavorless Brenton Thwaites) to join Jack Sparrow (Johnny Depp) as he’s pursued by an undead Spanish captain (Javier Bardem) seeking revenge on Jack for his death. The story is powered by rote action sequences and so much mumbo-jumbo about a magical gadget that controls the seas. It’s harder to laugh at Depp’s comic drunk act now, when you’re wondering whether it’s really an act. The Norwegian directing team of Joachim Rønning and Espen Sandberg (Kon-Tiki) fail to bring anything in the way of originality to this. Also with Geoffrey Rush, Kevin McNally, David Wenham, Stephen Graham, Golshifteh Farahani, Paul McCartney, Orlando Bloom, and Keira Knightley.

Rough Night (R) This raunchy comedy is agreeable enough, but given the talent onscreen and off, it should have come to more. Scarlett Johansson stars as a state-level politician who gets away for her bachelorette party in Miami with her friends when they accidentally kill the male stripper (Ryan Cooper) whom they’ve hired. TV’s Broad City contributes director Lucia Aniello and co-writer Paul W. Downs (who also plays Johansson’s fiancé), and there are scene-stealing bits from Jillian Bell as the needy best friend and Kate McKinnon as a New Agey Australian. As many funny bits as there are, the filmmakers can’t generate any momentum to give us the sense that these women are careening into further comic peril. The movie winds up going in frantic circles. Also with Zoë Kravitz, Ilana Glazer, Ty Burrell, Enrique Murciano, Dean Winters, Karan Soni, and Demi Moore.

Tubelight (NR) This Indian film stars Salman Khan as a developmentally challenged man who tries to stop a border conflict with China after his brother (Sohail Khan) is drafted into the army. Also with Mohammed Zeeshan Ayyub, Yashpal Sharma, Zhu Zhu, and the late Om Puri.

Wonder Woman (PG-13) Not all that good, but still yards better than the other DC Comics movies. Gal Gadot plays the warrior princess who gives up her birthright and leaves her island to help an American spy (Chris Pine) bring a successful end to World War I. The origin story means that the other superheroes don’t get awkwardly shoehorned in for cameos, Wonder Woman has a character arc (wobbly though it is) that’s more satisfying than any of those superheroes have had, and the film owes a great deal to Pine and his comic instincts to keep the story grounded. The movie does leave all sorts of things on the table and doesn’t appear to leave the heroine with much place to go as a character, but the good outweighs the bad, on balance. Never send a Man of Steel to do a Wonder Woman’s job. Also with Robin Wright, David Thewlis, Connie Nielsen, Elena Anaya, Lucy Davis, Ewen Bremner, Eugene Brave Rock, Saïd Taghmaoui, and Danny Huston.

The Hero (R) Brett Haley (I’ll See You in My Dreams) directs and co-writes this drama starring Sam Elliott as a movie star coming to terms with his mortality. Also with Laura Prepon, Krysten Ritter, Nick Offerman, Patrika Darbo, and Katharine Ross.

Inconceivable (R) Nicolas Cage and Gina Gershon star in this thriller as a married couple who become suspicious that their new nanny (Nicky Whelan) is up to no good. Also with Natalie Eva Marie and Faye Dunaway.

Letters From Baghdad (NR) Sabine Krayenbühl and Zeva Oelbaum’s documentary traces the life of Gertrude Bell, the archeologist and adventurer who shaped the future of the Middle East during World War I. Voice by Tilda Swinton. 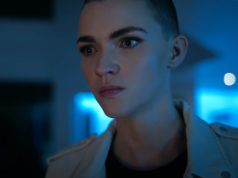 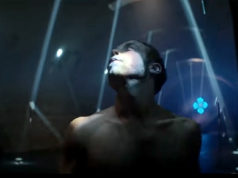 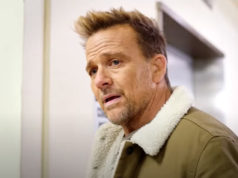