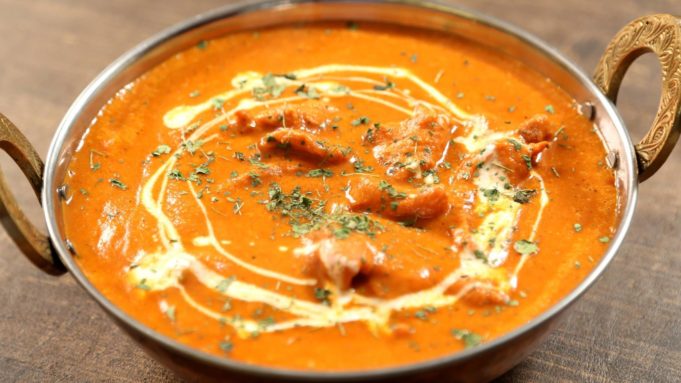 The freestanding building with its gabled roof doesn’t look anything like the more common varieties of strip-mall Indian restaurants. Pulling up to Mughlai Fine Indian Cuisine, you might even wonder if you’ve got the right place. Originally built as a Red Lobster, the immodest edifice along the Highway 114 access road has also housed a Twin Peaks breastaurant and, more recently, a sports pub called Red Dog Right. From the parking lot, it still looks like the sort of joint where the St. Pauli Girl and the Gorton’s fisherman would feel right at home.

Inside, however, is another world entirely. Though certain elements (such as exposed wood and rafters) have been retained, the building has been transformed into a bright, cheerful space, lit with elegant light fixtures and trimmed tastefully in red and gold — the colors used in marriage ceremonies in northern India. Simple and not ostentatious, the dining area is designed to communicate that this is a place of celebration, where dining should be an event.

The commitment to a memorable and elevated experience is consistent with the Mughlai cuisine, which dates back to the court of the Mughal Empire in the 16th century. Even the staff maintains a friendly but very formal professionalism designed to set the place apart.

On a recent afternoon, my guest and I admired Mughlai’s lunch buffet (available seven days a week) before settling in to order off the extensive menu. Chicken, goat, and lamb feature prominently, along with some seafood dishes and, of course, plenty of vegetables.

Vegetable samosas, the delicious but often oily fried pastries, arrived with a crust so light and flakey it was difficult to determine how they had been cooked. Inside, a filling of potatoes spiced with cumin and thyme spiked with green peas was perfect on its own — but the ramekins of tamarind and green chile chutneys allowed us to customize each bite.

Our entrées were served family style in decorative metal Balti dishes. Rice and bread must be ordered a la carte, so don’t forget to include them. The chewy, smoky slabs of naan bread, in particular, are worth all your carb points.

The chicken biryani was a fluffy, almost confetti-like mound of multi-colored rice, heavily spiced with cardamom for a warm, festive aroma. Morsels of chicken nested amongst the rice, which was crowned with a perfect lightly boiled egg.

Lamb rogan josh is a traditional Kashmiri dish of stewed onions in a brown sauce. Our lamb was tender and not at all gamey. The sauce customized to a heat level of “medium” (an added benefit to ordering off the menu) was still hot enough to make our scalps sweat, but it was balanced with a range of other spices that kept the heat from overwhelming the palate.

Finally, a shrimp masala nizami was nearly as warm and rich as the rogan josh but brightened with ginger and fresh. The shrimp were poached in the flavorful sauce until cooked just enough to snap with every bite.

Unable (though not unwilling) to manage another bite, we soothed ourselves with cups of hot masala chai and basked in the thoroughly pleasant environs. Mughlai cuisine has had quite a journey to get to Southlake, but with its emphasis on quality and decorum, it ought to find a welcome home in the tony suburb.