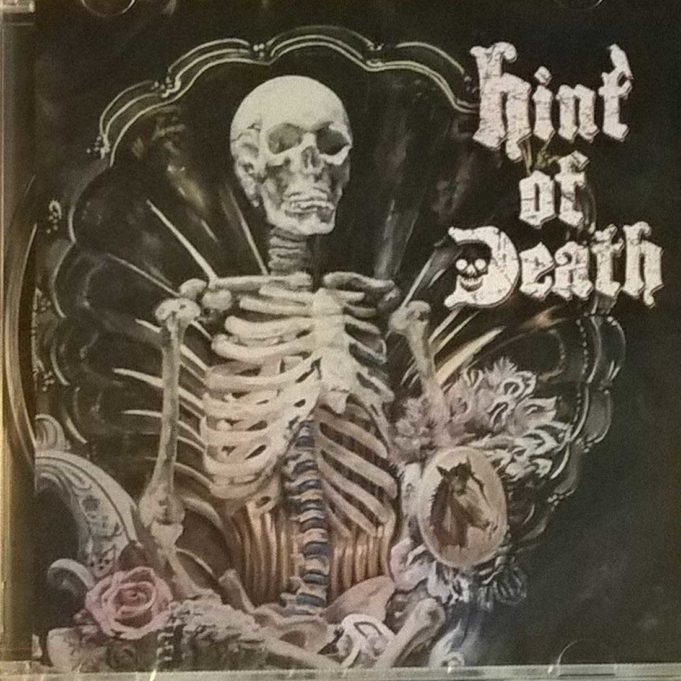 In the summer of ’99, I spent a lot of time playing Tony Hawk’s Pro Skater on the Sony Playstation. One of those bands on the soundtrack was called Speedealer, which I recognized from club advertisements in the Fort Worth Weekly. Some 18 years later, I found myself sitting on the Boiled Owl’s patio with Speedealer guitarist Eric Schmidt. Also at the bar was Sean Vargas, former lead vocalist for stoner rockers FTW and current vocalist for throwback hard-rockers Blood of the Sun. The three of us met to discuss their current project, Hint of Death, a prog-leaning metal act that is officially releasing its second album on Friday at MASS (1002 Main St, 682-707-7774). But Hint of Death’s bio came with a lot of backstory. After hearing it, I wished I’d put the Playstation controller down and gone to see Speedealer – which is basically Hint of Death but with a different singer.

Around 1992, there was a crazy four-piece from Lubbock called REO Speedealer. Two of its members moved to Dallas and formed Sexellent, an outfit that sounded very much like their former band. Schmidt and drummer Harden Harrison had a band called Purvis at the time, and Sexellent was supposed to open a Purvis show at the long-gone Orbit Room in Deep Ellum. At the last minute, Sexcellent swiped their old group’s name, and thus REO Speedealer became North Texas-based.

Schmidt said that REO Speedealer was constantly going through members. When frontman Jeff Hirshberg kicked out the drummer, Schmidt and Harrison joined. This was in 1996, after REO Speedealer had finished its second album, Here Comes Death. It also coincided with a cease-and-desist letter from legendary divorce rockers REO Speedwagon over the name, so the locals shortened their handle to “Speedealer.”

The four-piece toured extensively, playing 300 shows a year until 2001. Due to alleged personality conflicts with Hirshberg, the group folded around 2007, though he would occasionally be amenable to one-off shows, Schmidt said.

Last year, one of Schmidt’s friends asked him if Speedealer could play his wedding. Schmidt asked Hirshberg. He refused.

“So I decided I’d make a Speedealer set list and get guest singers,” Schmidt said. “And out of respect, I called it ‘Dealer’s Choice.’ ”

The show went well, and within days, Schmidt got a call from “this dude” in New Orleans who said he wanted Speedealer to headline Creepy Fest.

“But the problem was that they called us Speedealer, and we said, ‘We’re a version of Speedealer, which is why we’re going by Dealer’s Choice,’ ” Schmidt said. “But he said, ‘Nah, I’m gonna call you Speedealer,’ so we said, ‘Fuck it. We’ll do it for that one show.’ But then it started steamrolling. We played shows in Indianapolis, Detroit, Chicago, Atlanta, Nashville … but not a single club will commit to Dealer’s Choice. They kept billing us as Speedealer.”

Of Dealer’s Choice/Speedealer’s recent touring, Schmidt said, “We have no music to sell. … All we’re doing is just reactivating the name. We made a Facebook page for Dealer’s Choice, [and] we invested a bunch of money printing shirts that say ‘Dealer’s Choice,’ and they sell because people think they’re just for that one Speedealer song.”

Crewed by Speedealer’s lineup sans Speedealer’s replacement singer, Dan Barron, Hint of Death came about after Schmidt wrote songs for an outfit called Mitra that never really got off the ground – and after Schmidt met Vargas at an FTW show three years ago.

Because its members are in other bands, Hint of Death took a while to get off the ground: Besides Schmidt’s and Vargas’ roles in Blood of the Sun, bassist Dick Pearson plays drums in the Buck Pets, and Harrison was playing in Rigor Mortis and Wizards of Gore until those bands dissolved in the wake of guitarist Mike Scaccia’s death. Hint of Death eventually completed its self-titled debut album in 2016. The four-piece also played a show with Speedealer a couple of weeks ago at the Double Wide in Dallas, a logistically easy bill since the two groups just switched out singers. Speedealer also has a show with Eyehategod and Negative Approach at Trees on Mon, Aug 14, as well as three shows with long-running punk band MDC in October, hitting clubs in San Antonio, Houston, and Dallas. Hint of Death has some shows on the horizon, too, playing at Sat, Oct 14, at the Double Wide and Wed, Sep 27, Reno’s.

“I don’t know what our future is, because we’re locked down with so much other stuff,” Schmdit said. “Hopefully, people hear it and go, ‘Fuckin’-a. This is fuckin’ killer!’ ”