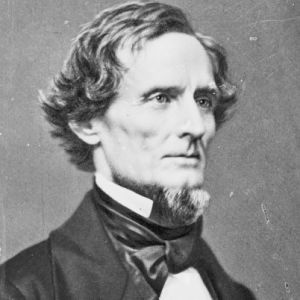 Though mayor and city council press secretary Cheraya Peña said discussions to change Jefferson Davis Park’s name have been going on “for some time now,” it might be an online petition – inspired by the recent violence in Charlottesville, Va. – that actually gets results.

Created by Emily Farris on Tuesday, the Change.org petition already has more than half of its goal of 5,000 signatures. Farris plans to hand-deliver the names to Mayor Betsy Price as soon as possible.

Named after the Confederacy’s only president, Jefferson Davis Park is located southeast of TCU, near the intersection of Townshend and West Seminary drives, in a diverse neighborhood. In her description of her petition, Farris, who has a doctorate in political science, says the park was purchased in 1923 while the KKK was in the midst of a resurgence locally and nationally. In the petition, Farris recommends allowing locals to help choose a new name.

Farris was motivated to research Confederate symbols in her city after witnessing the chaos in Virginia. This was when she said she learned of white supremacists’ efforts almost a century ago to revise history across 6.5 acres in Southwest Fort Worth, “creating the myth of the Lost Cause of the Confederacy.”

“I think the white supremacists in Charlottesville horrified many of us watching,” Farris continued in an interview. “There should always be a public discussion over who we choose to memorialize.”

The Southern Poverty Law Center indicates that Texas has the second greatest number of “symbols of the Confederacy” in the United States. The distinction refers to named public spaces like streets, parks, schools, and military bases, as well as statues and plaques. Texas’ 178 public symbols of the Lost Cause are outmatched only by Virginia’s 223.

There are two other documented structures/symbols of the Confederacy in Fort Worth, according to assistant city manager Susan Alanis. They sit in Trinity Park but will be relocated soon to allow for construction on Trail Drive, she said.

Though local Celeste Greene did not know the park existed before now, she thinks its name should not risk offending citizens.

“If changing the name of the park located in a predominantly minority neighborhood … makes it a more appealing community feature to the people who live there, that’s a no brainer for me,” she told me.

For Greene, the significance of changing the park’s name is a civic duty. This kind of symbolic action, she said, is part of how society must respond to recent demonstrations of hatred in the United States.

“No matter how loud the tiki torch-carrying bullies may be, the rest of us have a responsibility to stand up for equality and inclusiveness, always,” she said.

Alanis added that public opinion is an important part of the city’s daily operations. For that reason, there is a Park Facility Naming Policy that outlines how facilities are named, provides for citizen input, and ensures control of named parks within Fort Worth.

The naming policy’s specifications in choosing site names should provide identity relating to: the geographic location of the site, an outstanding feature of the facility, the adjoining neighborhood/subdivision, or a commonly recognized historical event, group, or individual.

The petition has sparked lively online debate across North Texas. Those arguing against the name change have suggested that Confederate symbolism is intended to denote historical events and that changes would rewrite history at the risk of telling an inconvenient truth.

Greene described the arguments against rewriting history as “laughable.”

Jefferson Davis, she said, “will still have been the president of the Confederacy whether there is a park in Fort Worth named after him or not.”

Davis has been dead for 128 years, but the head graycoat has been the subject of concern across the country since the Charlottesville violence, even though a short time after the Civil War, Davis encouraged reconciliation.

The Fort Worth effort mirrors a similar push in Memphis, Tenn., where protestors rallied yesterday for the removal of a Jefferson Davis statue in a downtown park. The following day, a plaque honoring Davis was removed from a San Diego park.

Editor’s note: In a previous version of this story, we were wrong about the number of years Davis has been dead. We regret the error.