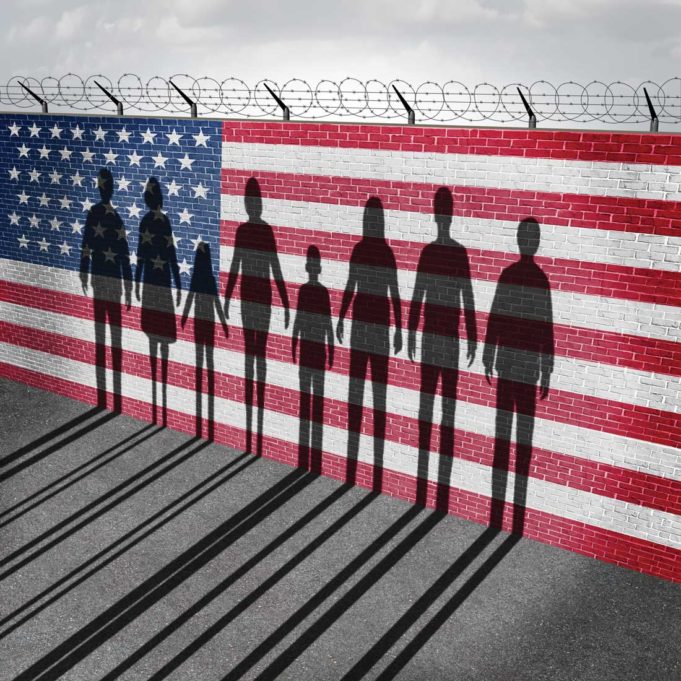 Two days ago, a federal judge in San Antonio issued a preliminary injunction against most of SB 4. The “sanctuary cities” law that was set to go into effect tomorrow (Sep 1) would have allowed peace officers to question the immigration status of anyone they legally detained. Agencies telling their officers to ignore the law would have been subject to huge fines and the possible firing of agency heads.

The law also would have forced agencies to keep suspected illegal aliens in jail if requested by Immigration and Customs Enforcement (ICE), even if the aliens were due to be released or had paid a bond. Signed by Gov. Greg Abbott on May 7, SB 4 was decried by refugee and immigration advocates, the police chiefs of several major cities, including Fort Worth, and others as an open invitation to target the entire Latino community, nearly 40 percent of the population here in Texas.

In issuing the preliminary injunction, which was granted via a lawsuit brought by the tiny border town of El Cenizo — and later joined by Austin, Dallas, El Paso, Houston, and San Antonio, among other Texas cities — District Judge Orlando Garcia noted that much of the law violates the United States Constitution.

Amicus briefs were filed by the Major Cities [police] Chiefs Association and the Episcopal Diocese of Texas, among others.

Garcia’s ruling was hailed as a victory for democracy in many quarters around the state. In a statement, Michelle Tremillo, executive director of the Texas Organizing Project Education Fund — a nonprofit working for immigration reform — said, “We are so grateful to have courts who protect our rights and freedoms and keep overzealous legislators in check. SB 4 would have encouraged and legalized racial profiling of Latinos and other communities of color.”

Amy Fisher, policy director for the nonprofit Refugee and Immigrant Center for Immigration and Legal Services, told me that “the issuance of a temporary injunction confirms what we already knew: that SB4 is an anti-immigrant, anti-democracy law. This is a win for immigrant communities who spoke out and encouraged their elected officials to join the litigation.”

Fisher added that the battle is a long way from over, however: “Immigrant communities in Texas continue to suffer at the hands of many police forces around the state who voluntarily collude with ICE.”

As noted in the Fort Worth Weekly (“Back into the Shadows,” Aug 9), fear of being questioned by police over legal status makes illegal immigrants, and sometimes even legal immigrants, shy away from reporting crimes, or volunteering information about criminal acts, even keeping some parents from taking their children to school. That, in turn, makes that particularly vulnerable group even more vulnerable to being preyed on.

How long the joy will last in the Latino community is uncertain: Texas has said it will appeal the injunction, and the case might ultimately go before the U.S. Supreme Court.