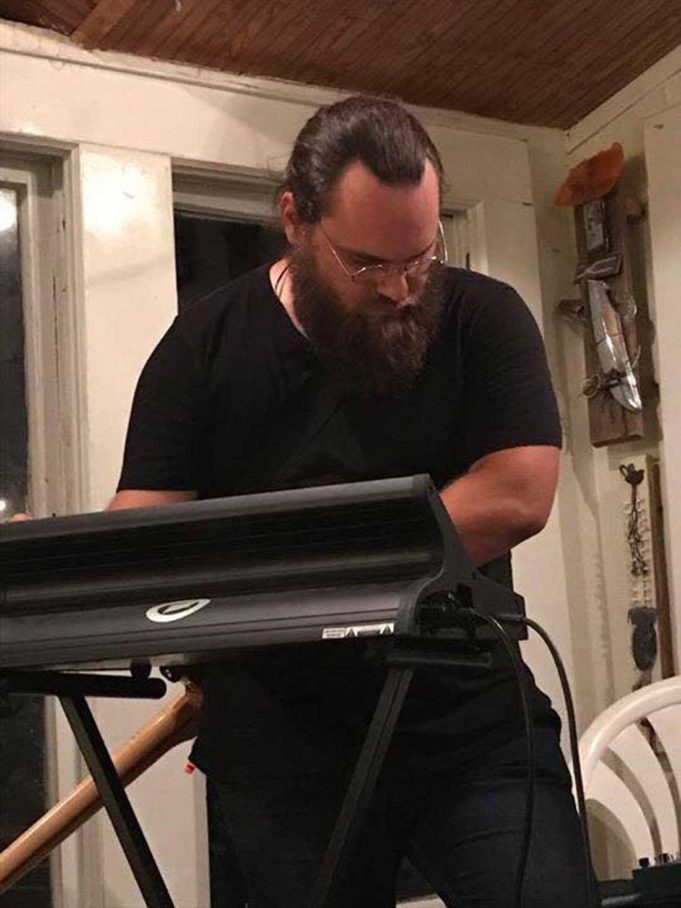 Miss the Where House’s DIY vibe? Wish you knew what was going on with 1919 Hemphill? Annoyed because Fort Worth’s house show scene seems to leave a lot to be desired? Should those or similar gripes be knocking around your brain, I’d like to point you in the direction of the Grackle Art Gallery. While you won’t find any skaters dropping onto a quarter pipe from a second-story catwalk, or any touring grindcore bands, the Grackle might be able to scratch your itch for the kind of live music that doesn’t often find its way into Fort Worth’s standard-issue venues.

The Grackle Art Gallery is really the home of artist Matt Sacks. He and his late wife started the gallery in their home in the mid-aughts out of their shared love of local art, hosting exhibitions for both their own art as well as other artists who caught their eye. A little over a year ago, Sacks started hosting house shows. Before long, he turned the proverbial booking keys over to his friend Kavin Allenson.

Allenson works as an electrician at Lockheed Martin by day, but his real passion lies in the kind of noises he can wring out of an electric guitar, preferably through a looper pedal, weaving sonic tapestries through various guitar effects for a decade or so as a one-man outfit called Breaking Light. With Grackle Live, he focuses on acts that probably wouldn’t draw many people to a place like Lola’s Saloon, The Grotto, or MASS.

“Basically, I try to find local artists trying something different,” he said, referencing an electronic-based performance from Jacob Furr a couple of months ago – the kind of thing you might not even guess a guy known for folk balladry and solo acoustic guitar shows was interested in.

Attendance at the shows is never huge, which is fine. A few people sitting down to listen to an artist makes a much bigger impression in Stack’s living room than it would at MASS. There’s no cover, though Allenson encourages making a $10 suggested donation to whomever is playing.

Allenson said he tries to put on one show a month, but the Grackle Live went on a brief hiatus this summer, mostly because he got busy doing other things.

September’s show is at 8pm Thursday and features a free-jazz saxophonist and spoken word poet from Philadelphia named Elliot Levin, whose ensemble for the show includes performing with guitarist Neil Coburn, percussionist Beth Dodds, and bassist Steven Heffner, with vocals from Dallas singer Sarah Ruth. Pinkish Black drummer Jon Teague is opening the show with a set of his own solo material, played on vintage synthesizers.

There seems to be ample space in the year’s remaining months. If you’re into making the kind of music you’d think Allenson would dig, talk to him at a show.