Possibly more than any North Texas brewery, Panther Island Brewing’s location has become an integral part of its identify — and future.

The image of a sleeping feline (spotted in the area during one of several early 20th-century floods, according to Fort Worth lore) is closely tied to the area. Nearby, the convergence of the Clear and West Forks of the Trinity River provides a popular recreational destination for kayakers, bikers, and runners. In the coming months, the area will begin to see a drastic transformation as the Trinity River Vision Project becomes a reality. Managed by the Trinity River Vision Authority, the TRV will create a “vibrant, pedestrian-oriented urban waterfront neighborhood adjacent to downtown Fort Worth,” according to TRVA’s website.

In 2014, the looming, nearly $1 billion project was at the forefront of Ryan McWhorter’s mind. His wife Brittany had spotted a vacant building while driving to have lunch at Joe T. Garcia’s. McWhorter was scouring North Texas for a facility to house his new venture, then called Wahoo Brewing. The building, abandoned since 2001, seemed perfect, but McWhorter wasn’t sure what the location’s fate would be once the TRV project was completed.

Close friend and brewer James Hannah set up a meeting between McWhorter and the TRVA team. That was when McWhorter met JD Granger, executive director of TRVA and son of U.S. Rep. Kay Granger. The aspiring professional brewer wasn’t sure how he’d be received.

Basically, we said, “Hey, we’re a brewery that wants to move into this building,” McWhorter recalled. “Are you going to knock it down? Will it be under water in 10 years?”

Granger and his team were receptive to the idea of having a brewery on the island.

“Craft breweries fit perfectly into the culture of Panther Island,” JD Granger said in an email. “They attract young people, create investments, and add to the vibrant urban community that Panther Island attracts.” 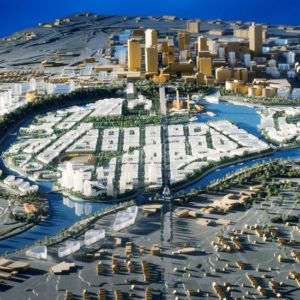 In the intervening years, McWhorter has made the Northside brewery a popular destination for locals and visitors. The brewery is also one of the most kid-friendly in the city, according to several parents I know. Recently, sections of the North Main bridge were shut down as part of TRV-related construction.

“It hasn’t affected my business,” McWhorter said. “But it has got a lot of people worried.”

To address public concerns over access to Panther Island Brewing, McWhorter has scheduled a Panther Island Brewing/TRVA Happy Hour October 11 from 5-9pm. Matt Oliver with TRVA will be at the event to highlight the upcoming project and answer questions from the public. As for McWhorter’s relationship with the TRVA team, he said they have turned into an “amazing group of friends.”

“I was intimidated by them at first,” he said with a laugh. “Here I was, with tattoos, a beard, and long hair. I didn’t know squat about super-big business stuff like they do. They made us feel right out home. It has turned into a great relationship.”

On Fridays, admission is $10 and gives guests 21-and-up three pints of Panther Island Brewery suds plus a commemorative pint glass. And there’s always live music and food trucks. Saturdays and Sundays, beer is sold by the pint.

From Panther Island: Join us for a one-of-a-kind dining experience at one of Fort Worth’s hottest spots, the Panther Island Brewing, with Savor Culinary Services, a local award-winning personal chef company. Executive chef Deb Cantrell, along with her head chef Victor Villarreal and team, will be creating a five-course, Instagram-worthy meal that will be paired with some of Panther’s most popular beers! Visit the event page here.