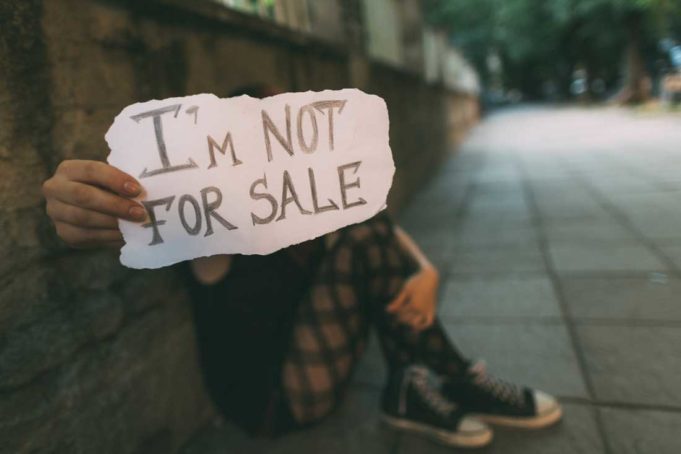 Not long after the publication of “Caught in a Trap,” Linda Blackwell Simmons’ Aug 30 cover story about sex trafficking in Tarrant County, we received an email from a local hotel manager.

“How can I be more proactive in stopping this practice?” he asked.

We replied that while we didn’t really know, we would look into it. His email arrived just a couple of weeks before a huge sting operation resulted in the arrests of eight men for running a statewide sex trafficking ring –– mostly out of one room at a Fort Worth Super 8 Worldwide (formerly known as Super 8 Motels). The traffickers drove the victims –– five girls and two women –– to the motel and waited in the parking lot for them. And the money. The traffickers provided the necessities: condoms, lubricants, cellphones, and the rooms.

For pimps, motels make for ideal venues: low-profile environments where people ask few questions. Often managers and front desk clerks are busy. The larger the motel or hotel, and the more crowded, the better. The clerk may interact with only the person paying the bill. Additionally, there is little oversight on who enters a room after check-in. Motel guests don’t typically have a clue who is in the next room or what may be taking place there.

According to the National Human Trafficking Resource Center, more than 1,400 cases in motels and hotels have been reported since 2007. Traffickers are aware of the seclusion and anonymity in motel chains. They know it is unlikely that they will be bothered.

There actually is an organization whose members focus on training hotel staff in identifying and reporting instances of trafficking and providing protocols on what to do next.

“In our experience, we’ve noticed that even if staff recognizes suspicious behavior and possible trafficking indicators, they do not get directly involved in the situation apart from asking the individuals to leave the hotel,” said Sarah Phillips, project coordinator for Rescue Her, a nine-year-old anti-trafficking nonprofit. “This could be because the employees don’t know how to intervene, are fearful of police involvement, or are fearful of retaliation from the men involved in the situation. We aren’t condemning motel staff for not getting more involved. They are potentially risking a lot personally by intervening. Instead we just work harder on clearing any roadblocks that stand in their way of reporting/intervening.

“We visit over 80 hotel/motels monthly in DFW to train employees and build relationships,” Phillips continued. “Our hope is that the staff is more inclined to make reports since they know they are talking to a familiar person on the other end of the line. Hotel employees should be alert for certain signs: an underage girl trying to rent a room, a girl who is accompanied by an older boyfriend, and men entering and leaving a specific room and staying only a short time. We offer a local hotline as well as an immediate response team 24/7 — while a situation is still in progress.”

Rescue Her also makes available “essential kits”: hygiene products and food to last the individual for two to three days while she is connected to a more long-term service provider.

Rescue Her works closely with Fort Worth police.

“In the end, we rely on the eyes and ears of hotel/motel employees to identify and report any suspicious behaviors,” said police spokesperson Felicia Grantham, who heads the 5-Stones Taskforce, a Tarrant County group formed to fight sex trafficking.

Motel/hotel employees and leaders appear to be more aware of the unique role they can play in preventing and disrupting this crime.

“Human trafficking is alive and well in the DFW area,” said the hotel manager, who requested anonymity for the sake of privacy. “You can find it at the hotels, whether it’s a two-star or a five-star hotel.”

The manager said he looks for a local address at check-in, and he also checks Backpage.com daily to see who is advertising in his general vicinity.

“If that person shows up at my hotel, he is not allowed to check in and is placed on the do-not-rent list,” he said, noting that he believes Backpage.com is notorious as “an escort service.”