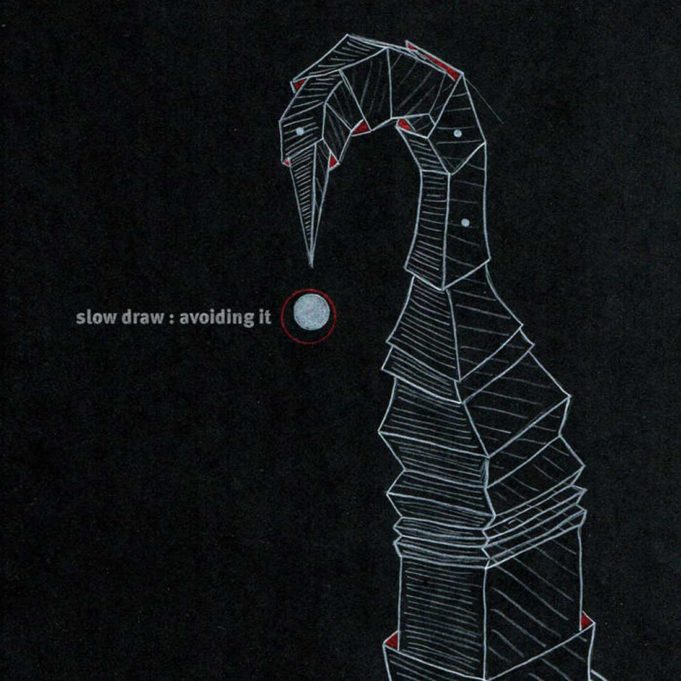 Slow Draw is the solo project of Stone Machine Electric drummer Mark Kitchens, who just put out Avoiding It, a five-song digitally released collection of ambient, experimental drum-and-synth music. To my ears, Avoiding It sounds like a low-fi score to a low-budget sci-fi/horror movie, like if some college students decided to make an homage to Scanners and filmed parts of it in the main stacks at UTA and the disc golf course at Z Boaz Park. I don’t know of Kitchen’s intentions, but upon hearing these tracks, I followed my imagination directly to the curiously uncensored fright flicks of the Corman/Carpenter/Cronenberg variety I’d see when I was a kid on then-UHF station KTXL TV 40’s Saturday Afternoon Cinema.

In Stone Machine Electric, Kitchens interpolates a lot of electronic noise into his doom duo’s cosmic Sabbath-inspired freakout jams, creating a sonic morass of theremin, drum loops, and disintegrating synth noises that creep like John Carpenter’s The Fog. As Slow Draw, Kitchens expands those ideas to bigger proportions. Creepy keyboard melodies repeat over pulsating, ominous electronic drones and rattling live drums to create a mood of slow-burning menace. The effect is sinister and unsettling, but it also has a free-jazz element that reminds me of John Coltrane’s Interstellar Space.