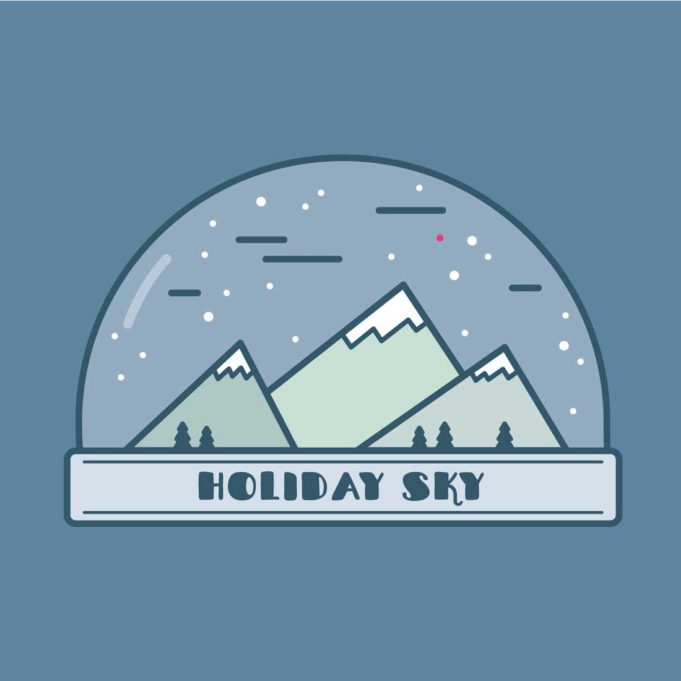 Along with slow-cruise viewings of the Lights of Interlochen (the Arlington neighborhood famous for the elaborate, eye-popping holiday illumination draped over its residents houses), the lighting of the downtown Christmas tree, and, I dunno, tamales from someone’s beloved abuela, one of the best Christmas traditions ’round here is the Lindby Christmas release. Starting with 2012’s Christmas with Lindby and Friends, the indie/jazz/pop/electronic/whatever-genre-they-fancy-at-the-moment quintet has put out a free holiday-themed EP every year, each one composed of holiday standards, parodies of holiday standards, and humorous seasonal originals.

Lindby, for all their flights of nerdy jokes and geeky references, are all excellent musicians. So even without the dubstep sugarplum fairies and holly, jolly Dr. Who jokes, their straight-ahead versions of Christmas classics are great on their own. Each year’s release also has a unique hook. For most of these, the hook comes in the form of guest appearances by local musicians. For starters, the “and friends” component of 2012 manages the stylistically unlikely inclusion of both Josh Weathers and Tim Locke (plus a dozen other local vocalists) in the same song. The following year, Dallas-based pop star Larry g(EE) was a featured guest. In 2014, a pre-fame Leon Bridges dueted with Lindby vocalist Ali Grant on Otis Redding’s “Merry Christmas, Baby,” while 2015’s Christmas EP showcased a Luke Wade/Lindby collaboration on “White Christmas.” Last year, the band partnered with psychedelic poppers The Hendersons on Lindby Presents: Holidays with The Hendersons.

For this year, the Lindby Christmas EP stunt went in a different direction, eschewing the notable guest appearances in favor of including a piece from an upcoming edition of their musically themed Dungeons and Dragons podcast bomBARDed. Here’s the basic idea: With bassist Kyle Claset as the writer and DM (short for “dungeon master,” which, if you know nothing about table-top role playing games, is like a director), the bandmembers play an ongoing D&D campaign, and at the end of each session, they collaborate on a ditty based on the current in-game plot developments. The podcast is so-named because the other three Lindby members –– guitarist Nick Goodrich, vocalist Grant, and  keyboardist Nick Spurrier –– portray bard-class characters.

Goodrich’s character is a dwarf named Razzul (son of Dazzul), who, in addition to being a bard, is also a druid, which means he has this power to turn into various animals. The power’s quirk, however, is that Razzul can never choose the type of creature (he’s just as likely to turn into a dachshund as he is a wolf), which allows for hilarious results. For example, on the band’s annual holiday EP, the erstwhile dwarf takes the form of a Christmas-specific beast.

I guess this is technically a spoiler (so stop reading if you want to be surprised), but the newest bomBARDed episode (“March of the Toys,” available at bombarded.podbean.com) includes the title track of Lindby’s 2017 Christmas EP, a song called “Holiday Sky,” which is about Razzul’s most recent transformation into a critter that’s famous for its annual aerial sleigh-pulling Christmas trip over the rooftops of the world. In the game, Razzul’s voice changes to fit the physical size of his various altered beasts, and in “Holiday Sky,” Goodrich’s vocals drop an octave (thanks to electronic wizardry) over a silly chopped-up hip-hop beat. The effect is laugh-out-loud fun.

Besides “Holiday Sky,” and Claset’s stage-setting preamble track, the EP’s leadoff tune is an upbeat, subtly swinging version of “Have Yourself a Merry Little Christmas.” The tune showcases Grant’s gorgeous vocals over the bouncy lilt of Spurrier’s piano and synth and Logan “Bowser” Bowers’ snappy percussion. You can find Lindby’s Holiday Sky and their other Christmas EPs (as well as their non-holiday material) on Lindby’s bandcamp page.