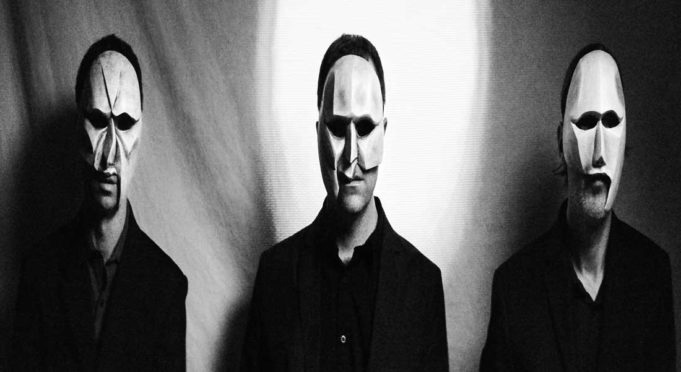 We may very well be headed for some dystopian future with man battling silicon hordes of sentient computers. But on their new album, Mind Spiders artfully harness technology without being enslaved by it. The Denton/Fort Worth synth-punk trio incorporates various human-replacement electronic devices. The resulting sonic landscape is one that might mirror the terrain after the impending robot apocalypse.

The band has always flirted with the occasional buzzsaw synthesizer to thicken its frantic schizo-punk sound. But on Furies, their fifth studio effort, the three multi-instrumentalists have taken industrial fuzz to a whole new Videodrome-style level.

“Our bass player Daniel Fried moved to Austin,” he said. “I didn’t really want to replace him, and also I liked the idea of the band becoming more minimal. I figured out how to program the bass parts, and that immediately made the band sound more machine-like. I love the relentless nature of a synth bass line.”

“The setup for the drums was unusual,” Ryan said. “We used a combination of drum pads triggering an old drum machine and real cymbals.”

The album, which will be released on January 26 via Portland’s Dirtnap Records, received some mixing help from Jeff Burke, who fronts Denton garage-punkers Radioactivity, in which Ryan also plays. The album was mastered by Chicago’s Matt Barnhart (Bludded Head, Knife in the Water), formerly of Denton’s Echo Lab Studio.

Aside from the thrumming keyboard triplet that carries the song, the opener “Outside” sounds like it could have been recorded by any of the cross-membered, Denton-based, garage-punk bands like Radioactivity or Marked Men. But the record gets much noisier and more electronic from there. Songs like “Never like That” and “Shock and Repeat” recall the grimy dancehall feel of early 2000s electro-clashers The Faint before cascading into a paranoiac cacophony of digital glitches and feral synth-buzz. The dissonant keyboard patch over the rabid knocking of a kick drum and Ryan’s echo-cloaked vocals make the album’s title track beautifully unsettling.

As has been the case with their previous releases, Ryan wrote and arranged the bulk of the material, though Salisbury and Thorneberry were more involved in the writing process than in records past. This is most evident in the closing track, in which the synth-only ending was written by Salisbury.

The song begins with a droning, tribal tom roll, which is punctuated by a cracking gated-snare while a chorus of bizarre noises lace in and out of a tinny twinkling keyboard line. After a couple of minutes, the drums disappear, leaving a swelling, pulsing synth patch that builds on itself into a kind of lush sci-fi movie score.

It’s a fitting comedown from the dark, blistering frenzy of the album, which Ryan said was inspired in part by the artwork of Fort Worth’s Micah Yarbrough and eccentric Dallas musician George Quartz.

Always selective about their live performances, Mind Spiders have a few shows booked to support the release of Furies, including one in Fort Worth on Fri, Feb 23, at MASS on South Main Street.