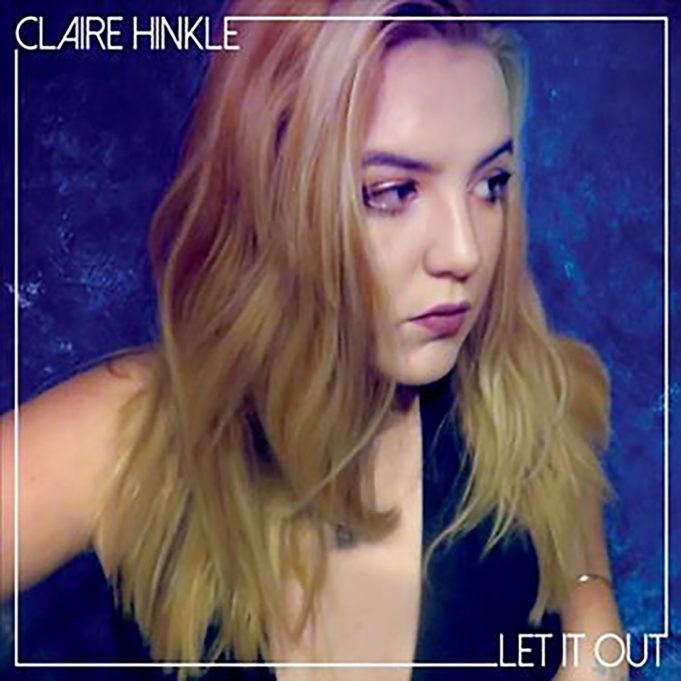 How many times have you heard musicians say they joined a rock band to get laid? Well, all that van-balling creates babies, you know. And those young ’uns become infused with music. Before long, the little carpet crawlers are picking up their own instruments. Hank Sr. beget Bocephus beget Tricephus and so on.

An Arlington Heights High School junior and the daughter of a beloved local musician has just released her debut effort. Let It Out is powerful, moody, soulful, and really good.

Music fans will recognize Claire Hinkle’s last name. Her father, James Hinkle, has been playing electric blues and Americana for years. He handles guitar duties on Let It Out with tasteful and tuneful aplomb alongside keyboardist Robert Cadwallader and one of the best rhythm sections around –– bassist Lee Allen and drummer Lucas White (Rivercrest Yacht Club, Impulse of Will). Guitarist Luke Leslie and saxophonist Rene Ozuna appear on one track each and make spectacular impacts.

The studio time at Fort Worth Sound was covered by the old man.

“My dad told me if I wrote a song a month throughout 2016, I could record them,” Claire told us via email.

She became “really passionate” about several of her tunes and started recording them last year. Being backed by hotshot musicians at an established studio helped her cause. But Claire left no doubt about who’s the star of this show. Her songs are built around her vocals, and she belts them out in dynamic fashion, whether she is getting torchy, poppy, or vampy or knocking out a rock power ballad. Her voice is husky in the low ranges, growling with savagery when she’s pissed, and crystalline up high, a place she enjoys going. At 16, it’s doubtful she has been chugging tequila and chain-smoking cigarettes much, but Claire boasts a wonderfully weary vocal style that makes her sound simultaneously mature and fresh: Janis Joplin meets Amy Winehouse meets Lana Del Ray. And I hear dear ol’ dad’s influence. James immersed himself into the blues for years and sings some words similar to an old black man. That phrasing surfaces in Claire’s voice at times.

What started as an EP blossomed into something bigger because Claire continued writing during her studio sessions. The last two songs she wrote are among the best, proof that her talent is evolving quickly. The uptempo, contemporary, and ear-wormy “American Beauty” soars with help from Ozuna’s sax riffs and would fit perfectly into most pop-rock radio playlists.

“Beautiful weakness, she works every day,” she vamps. “Then she goes home alone and prays her sinful thoughts away / …G-g-g-good, good girl.”