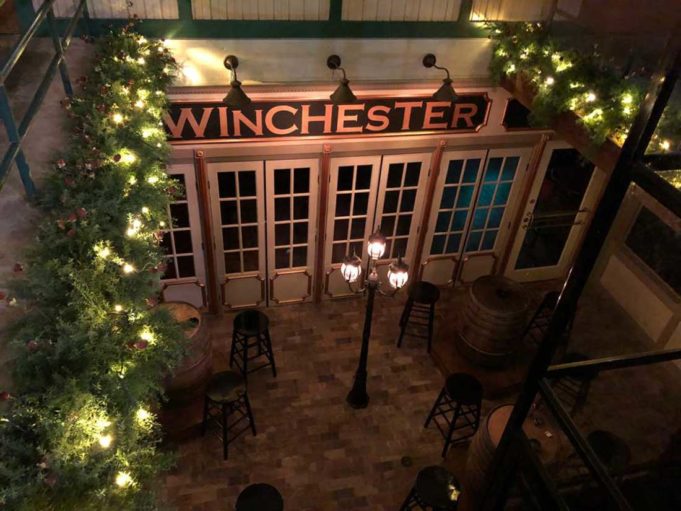 More than a decade ago, I was living in downtown Fort Worth and was a regular at the first location of the now-defunct Paddy Red’s Irish Pub. Back then, the bar was located a block off then-sleepier Sundance Square and functioned as the de facto clubhouse for the handful of people who lived in the nearby lofts, condos, and apartments. I spent many an evening posted up at Paddy’s bar drinking scotch and reading whatever British mystery I’d just picked up at the old Barnes & Noble.

Eventually, Paddy Red’s shifted locations, taking over the larger, subterranean space on Throckmorton Street that once housed the Black Dog Tavern. I still occasionally found my way there to play darts while my buddies bruised the palms of their hands smacking the Golden Tee machine for hours on end. Eventually, the bar shuttered for good in late 2016.

Last fall, I was at MASS (1002 S Main St, 682-707-7774) for happy hour and started chatting with bartender Nicholas Easly about new local joints. He mentioned that the Paddy Red’s space would have a new tenant, The Winchester Tavern. I immediately asked if it was an English pub, a haunted mansion-themed bar like the Winchester Mystery House in San Jose, California, or just a Shaun of the Dead reference. Turns out, it’s a little bit of all three.

On Friday night, I directed girls’ night out toward the new pub. On first impression, I wondered if the space had been remodeled by an interior decorator who religiously watches Sherlock on PBS – it looks a bit like an English flat inhabited by a genius with a penchant for brooding in dark spaces. There’s even a 19th-centuryesque leather couch facing a fireplace mantel and a flat screen. I felt unexpectedly compelled to wear my late-father’s smoking jacket and puff on a pipe while solving the mystery of The Hound of the Tindervilles for my lady compatriots.

A long bar takes up most of the north wall of The Winchester, and that’s where our group sat. The only change to this section from the previous tenant is a beautiful pitted copper bar surface and tin ceiling tiles. In the late 1800s, public houses had tin on the ceilings to provide fire protection from the open flames required for heating and cooking. Here, they are meant to give the impression that The Winchester was established long before 2017. Even though it won’t feel legitimate for the Irish and English diaspora, it’s surprisingly warm and comfortable for a bar in North Texas.

What is not different is the overall laidback vibe you feel when going out for a night in this city. All three of our bartenders, one man and two women, were engaging, personable, and quick on the pour. They served me a scotch on the rocks with no fussing or flourishes, and I appreciated this simplicity in a world gone mad with often overly elaborate craft cocktail culture. No one was dressed as a mustache-twirling old-timey barkeep or a Moriarty-like villain. Instead, one of the bartenders was sporting his Miami Vice-themed jersey from the beer league hockey team The Winchester sponsors. We met some regulars who were friendly and fun, and I ran into Nicholas, the person who originally recommended I check out the place.

Perhaps this new joint isn’t so different from the one I haunted long ago, though the name above the door has changed. I guess I’ve solved the mystery of where I’ll be sitting down to read my next British novel.