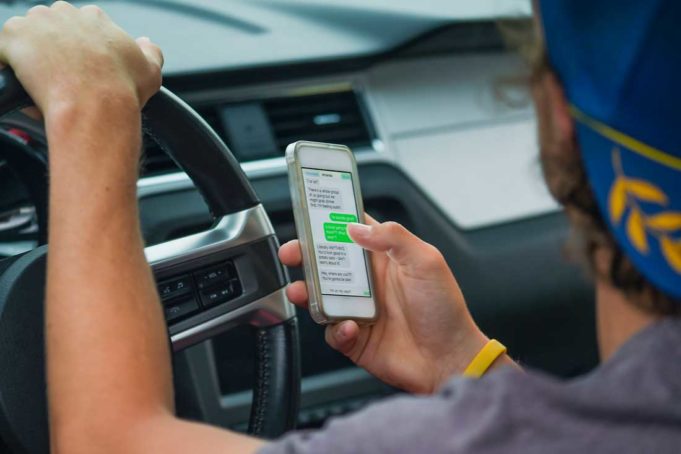 Driving in this town is dangerous enough since more than a few people are multi-tasking while behind the wheel. Being able to watch Netflix on your dashboard while balancing your checkbook on your phone is a wonderful thing unless you also happen to be doing 60 mph. Throw road construction into the mix, and it’s just a matter of waiting for the symphony of metal bumpers colliding to begin.

To combat this phenomenon, Fort Worth’s Patterson Law Group taps into TxDOT data to create an interactive study that lists the locations of traffic accidents.

Current data suggest that the labyrinth of construction work along I-35 is turning that highway into a carnival bumper-car ride. In 2017, there were 1,176 accidents reported by motorists along I-35. And six of the 10 most dangerous intersections are located on that highway to hell. (Highway overpasses were included as intersections for the study’s purpose). Western Center Boulevard-at-35 topped the list with 81 crashes reported near that overpass.

Tracking the accidents while compiling the study is time-consuming work. We asked Patterson why his firm goes to the trouble.

“If you did what I did for a living,” he said. “I talk to people every day that have been in car accidents. I have to deal with the carnage on the back end. We’re committed to making the community safer.”

We reminded him that improving safety means getting people to pay more attention, which means getting them to power down their dashboard TVs and cellphones and to put away their makeup bags and water pipes and whatnot. The problem is – as any devoted observer of society can attest – many people are complete dumbasses.

“All I can do is lead a horse to water,” Patterson said. “I can’t make them drink.”

He drives I-35 frequently and characterizes it as treacherous. Spotlighting the most accident-prone areas on that highway and across the city might prompt commuters to become more aware and improve public safety, he said.

“Too many people are driving distracted, which is an absolutely terrible idea anytime you’re driving but especially in a major construction zone,” he said.

Now that we know that I-35 is a death trap, it’s clear what needs to be done. We should all move to Montana, where you can drive for hours without seeing another vehicle. Or, for those who choose to remain in Fort Worth, we should “maybe take an alternative route” or “be extra cautious,” Patterson said.

Besides, I-35 construction from north of I-30 to north of Loop 820 is supposed to be completed by year’s end (emphasizing “supposed to be”).