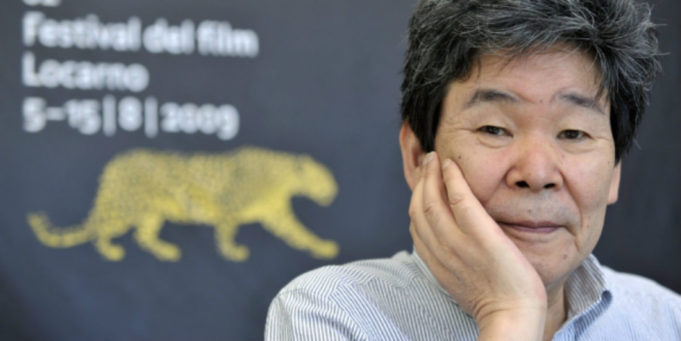 From overseas comes the sad but not unexpected news that Japanese anime director Isao Takahata has died at the age of 82. As all the obituaries are now saying, he was not as famous as his junior business partner, mentee, and friend of more than 50 years Hayao Miyazaki, but in some ways, his output strikes deeper.

He started out in Japanese television, and his ambitious 1968 TV film Horus: Prince of the Sun was a notable flop early in his career, but it was on that project that he met Miyazaki. Later, Takahata employed Miyazaki as an assistant and sent him on a scouting trip to Sweden for an abortive TV adaptation of Astrid Lindgren’s Pippi Longstocking. (Miyazaki would use his sketches from that trip as the basis for his own film Kiki’s Delivery Service in the 1990s.) Takahata would find better luck with a TV adaptation of Heidi, which ran for 52 episodes.

He partnered up with Miyazaki to form Studio Ghibli in 1985, an animation outfit that holds a Disney-like presence in Japanese cinema. There are many reasons why Takahata didn’t become as famous as his colleague. For one, his film output was sparse; in the last 30 years, he completed six feature films. Of course, Miyazaki takes his time, too, but because Takahata didn’t draw himself, his films never settled into an identifiable visual style like Miyazaki’s did. Nor did he impose his obsessions on his work. Disney joined forces with Ghibli to distribute Miyazaki’s child-friendly movies to kids in North America, but the Mouse House had little interest in the studio’s more adult fare, and it wasn’t until Gkids came along in 2008 that a distributor for such films became available.

Takahata’s best-known work was his 1988 epic Grave of the Fireflies, the story of a 14-year-old boy trying to keep himself and his 4-year-old sister alive. While the story (you may have heard) does not end happily, it also holds moments of sumptuous beauty and great warmth, using the distancing of animation to tell a story that would be too much to bear in live-action. It’s this film that has other filmmakers mourning today:

Really sad to hear about the passing of Isao Takahata, co-founder of Studio Ghibli. “Grave of the Fireflies” is an amazing, emotional film. And “My Neighbors the Yamadas” is incredibly charming. It also had a big influence on Michael Arndt’s script for “Little Miss Sunshine.” pic.twitter.com/0dfXC3t2sL

No animated movie has made me cry more than this tender, gorgeous, profound, soulful and landmark film. A giant of our art form has left us. RIP maestro Isao Takahata pic.twitter.com/YRR6eJBmp4

Grave of the Fireflies (directed by Isao Takahata) is tied with Make Way For Tomorrow for the saddest film ever made.

Yet not all his movies fit into this mold. His 1991 film Only Yesterday was only released in America in 2015, telling a gently nostalgic tale about growing up in the 1960s. I must confess I’m more enamored of his last movie, the 2013 film The Tale of the Princess Kaguya, whose watercolor-like visuals clash interestingly with the crystalline music by Miyazaki’s longtime composer Joe Hisaishi, the only collaboration ever between Hisaishi and Takahata. The tale of a bamboo cutter who discovers a princess growing in a stalk is a beautiful allegory of raising a child.

Even though Takahata’s output is small, much of it still isn’t available in America, like his comedy My Neighbors the Yamadas, which is based on a manga comic by Hisaichi Ishii and preserves the look of the comic books:

Then, of course, there’s his comedy Pom Poko, in which forest spirits in the form of tanuki (raccoon-like creatures that live in Japan) use their testicles to fly and transform themselves into human beings or, uh, incense burners. Aren’t Japanese movies awesome?

If Takahata never had the extravagant visual imagination of Miyazaki, his stories plumbed depths of grief and pain that his colleague has never struck. In doing so, he proved himself every bit as much of an artist and pillar of Studio Ghibli.