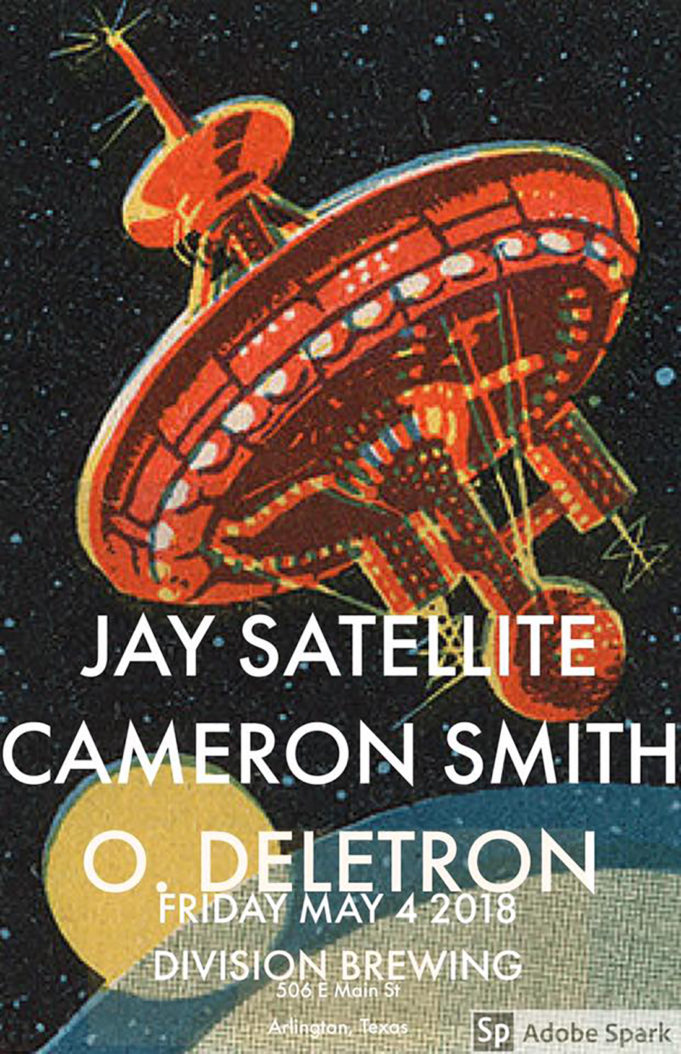 Before moving to Denton in his early 20s, Tame … Tame and Quiet drummer Jason Flynn and his friends filmed a bunch of random stuff on Super-8 and video. Now, a couple of decades later, he is using that old footage as the basis for O. Deletron, a Pavement-esque project produced with the help of TTxQ singer-guitarist Aaron Bartz.

“We were just trying a little experiment to see if we could write a story to a video,” said Flynn, who composed and recorded demos for each of the videos before showing them to Bartz, who then wrote the lyrics.

Flynn’s videos are scratchy, faded, and superimposed over themselves, cutting rapidly between moments of motion and stasis. They spin and flash and bleed into one another like drunken memories, their secret narratives cast with characters who grin beatifically from the safety and innocence of forgotten haircuts and first apartments, past cemeteries, joggers, and station wagons of indeterminately ancient vintages. Bartz’ laconic melodies float over the lazy jangle of reverberating guitars and hypnotic snare fills, and the aural/visual effect is like observing a half-remembered dream.

Flynn originally hails from the Midwest, but he’s lived in Denton for almost 25 years. His resume reads like a festival roster of classic Denton indie bands: Jetscreamer, Raised by Tigers, History at Our Disposal, and Ox Combine. The list is long and borders on the arcane. But like many projects engendered in Denton, O. Deletron’s lineup is essentially a supergroup, composed of players who have been mainstays in the Denton and Fort Worth music scenes for a couple of decades. BULLS’ Ricky Del Toro plays drums, Flynn contributes guitar, former Spiral Sound bassist (and Fort Worth Weekly contributor) Patrick Higgins provides the low end, Thomas Horton of the Ways and Means plays keys, and Tyler Walker (whom Flynn refers to as a “Denton guy like me who’s been in a million bands”) provides “noisy keyboards and samples,” while TTxQ’s bassist Jeff Williams plays guitar.

Bartz is fronting O. Deletron, but unlike other projects in which he’s played guitar or bass, he’s only singing.

“When [Flynn] asked me to join in, I was like, ‘I don’t want to play anything, just write the lyrics and try the frontman avenue,’ ” he said.

For their debut show on Friday at Arlington’s Division Brewing, Flynn and company have worked up a set of six songs, though Flynn says they are working on more material.

“They’re all in various stages, like a car up on blocks in the driveway,” he said.

The band’s name comes from a species of Pacific Ocean squid known for its unusual method of distracting and escaping predators: When threatened, it lodges one of its hooked tentacles into the body of a would-be predator before ripping itself away from its own appendage to escape, leaving its assailant confused and hungry. Its mating habits are kind of wacky, too. Because their habitat is the murky depths of the ocean’s pelagic zone, the squids can hardly see anything. Thus, males of the species have trouble discerning the difference between genders, attaching their sperm packets to any other O. Deletron they run across and hoping for the best.

Given the unusual, lyrics-focused way Flynn and Bartz came up with the songs, naming their band after such an unusual creature is apt. Flynn gives Bartz “all the credit” for his lyrics. He said it’s the most fun he’s had being in a group. And connecting within a group is an important theme in Flynn’s videos and Bartz’ words. In “Picture Yourself Here,” Bartz muses wistfully about car rides and summer days over footage of Flynn’s friends lounging in some living room 25 years ago. They’re young and laughing, beers in hand, and as the POV whips back and forth from face to face, Bartz repeats “Feel like it’s over,” as the song draws to a close. It’s nostalgic and autumnal, and it makes you realize that the videos you snap now will mean a lot more when you’re old.