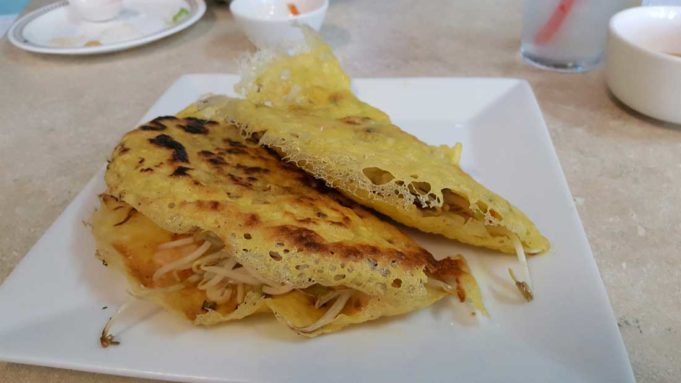 When I-35 was erected in the ’60s, it created a class and race barrier that still exists. While the Near Southside is among the toniest neighborhoods in town, the enclaves just a few dozen yards away on other side of the freeway have been languishing. Though the arrow is pointed up for the areas east of the north-south artery, progress has been slow – particularly for restaurants.

We news types don’t receive a lot of press releases for Poly’s hottest new restaurant. You won’t pick up a trend-mongering glossy like 360 West and read about Morningside’s restaurant row. It’s not that those areas don’t have good restaurants. It’s just that they have to cater to the people who live and work there (read: poor minorities). If you drive east on any of the major connecting thoroughfares, you’ll likely encounter a ton of inexpensive dining options: fast food joints, a few taquerias and soul food cafes in nondescript strip malls, and the occasional outlier like Gia Phu (913 E Berry St, Ste 101, 817-923-9898).

You wouldn’t expect to find a standout Vietnamese restaurant just a couple of blocks away from the interstate, but Gia Phu has staked its territory, receiving high praise from the Star-Telegram and our own little rag (“No-Phuy,” Oct 31, 2007). The strip mall eatery’s staying power has been impressive, especially considering the menu’s low price point. (Most entrees hover around $8 or lower.)

It’s clear that the owners still care. If you really want to nitpick the cleanliness of a place, check and see if there’s dust piled onto the framed artwork on the walls. Gia Phu passed that test. And the rest of the dining room was immaculately clean, the tables promptly cleared once vacated, and service was fast– if complicated thanks to the language difference.

On my recent visit, the dining room was half-full with a United Nations cafeteria-level of diversity. Hispanics, blacks, Asians, and white folks all stuffed authentic Vietnamese fare, with a few Chinese dishes thrown into the mix, into their greedy maws like it was cheat day at fat camp.

The pork rolls ($4.25) were an excellent, if safe, starter. The accompanying fish oil – a ubiquitous side in most Southeast Asian cultures – supplied a lot of the flavor. Better was the banh mi, a steal at $3.95. The traditional Vietnamese sandwich is listed under the appetizer portion of the menu but could have just as easily served as a light lunch. Shaved pork, pickled veggies, and a mildly sweet sauce of chiles and fish oil were tucked into an airy and crumbly baguette.

If the kitchen has a signature dish, it’s the Gia Phu pancakes ($8.95). This surprisingly brittle fold of rice-flour crepe, golden with turmeric and plumped by coconut milk, shattered at the touch of a fork to reveal pork, shrimp, and bean sprouts. The broth of my guest’s pho dac biet ($8.50), a bowl of assorted cow parts, gossamer-thin glass noodles, and a farmers market of extra foliage, was fragrant and lightly colored.

Next time you’re contemplating checking out the trendy new hotspot on West Magnolia Avenue or South Main Street, you might be passing a far better (not to mention cheaper) option. Try turning east instead of west.