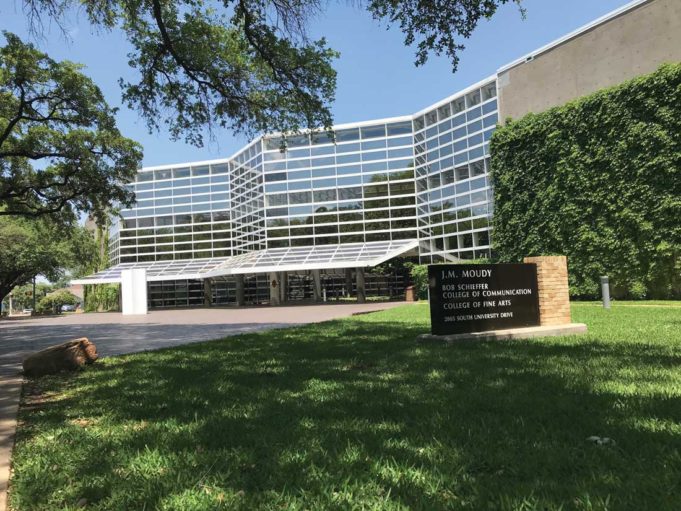 KTCU has brought back something that’s been missing from its regular weekly playlists for years: local modern rock music. New co-manager Geoff Craig has made it a point to spotlight local artists from noon to 1 p.m. Monday through Friday. The focus of Local Lunch is on both new and old acts, from Andy Pickett to Darth Vato. Plus, one local artist is in rotation each hour throughout the rest of the day. This is how KTCU’s format has slowly changed since last fall.

In addition to longtime weekend specialty shows like The Good Show, Radio Bapola, and Rock Menagerie, the free-form programming is replacing the all-country format that previous management had implemented. According to Craig and co-station manager Janice McCall, this was a necessary change, given how the station had been run prior to their takeover. (Former station manager Russell Scott did not respond for a comment.)

What happened at the 70-year-old campus station at 88.7-FM is not atypical. Some college radio stations are run like their big-market competitors. Others are loose and almost unpredictable with music selection and DJ banter. Last year, a secret Facebook group called “Take Back ‘The Choice’ ” was created. Alumni were not happy about how the station was run less by students and more by adult volunteers.

In September, longtime KTCU staff member McCall announced on the Facebook group that she had been named interim manager and would be making changes. Craig was brought on to teach broadcasting classes and was later brought into management. Craig, a TCU alum, became station co-manager in May.

“I wanted the best for the station, and it wasn’t working that way,” McCall said of the all-country years. “It was more of a dictatorship than a group effort. The students reflected that and started really saying stuff to the higher-ups that they weren’t learning anything and they weren’t enjoying anything.”

With tight playlists and very little room for personality during talk breaks, that zapped a lot of things.

“I want the students to actually have fun and enjoy doing what they’re doing,” Craig said. “By picking their brains on what style of music they’re liking, that’s what we switched to.”

When the station tried a mix of oldies and classic rock in the early 2000s, listeners hated it and fled. “The outreach wasn’t there,” Craig said. “When it switched more and more to country, all across campus, they turned it off.”

The attitude for the station is now, “Get the ‘college’ back in college radio.” Beyond the music, the desire to teach students important skills that go beyond professional radio is a focal point.

“We want them to be broadly taught,” McCall said. “Teaching how to write, edit, choose music, and talk to the public are important if you want to work in the music industry or public relations or run a YouTube channel or a podcast network.”

The switch in music has resulted in the opposite of a backlash. McCall reported only a few inquiries about the missing country format. She refers these listeners to The Ranch or Hank FM. “I can’t tell you how many emails and calls we get saying, ‘We never wanted to listen [to KTCU], and now we listen all the time,’ ” she said.

Craig is seeing more than just positive feedback from the listeners. “I’m getting volunteers coming out of the woodwork [and] students that want to come in here and learn,” he said.

Each week, Craig adds 50 to 100 songs to the bank of music on the station’s computer. He and McCall want to hear more and add more. “I’ve got people emailing me and knocking on the door going, ‘How can I get in there and do this?’,” Craig said. “And that’s what we needed.”