GP: Vida is a beast for sure but that hairstyle…
KL: Well, it’s all the better to frame his good looks, isn’t it? Now’s a good place to mention that when Croatia played England in 2007, the English opera singer messed up the Croatian national anthem before the game. Not being a Croatian speaker, he learned the lyrics phonetically and did okay until he got to the last line, which he mispronounced “Mila, kura si planina” (“My penis is a mountain”). I love that story. Will anyone screw up on that scale in this Croatia-England game?
GP: Lord-a-mercy! That is hilarious. What a cock up. How about a prediction for the Croatia v England game, Kristian? I’m going for Croatia by the only goal of the game. I expect an uneventful game, with Croatia repeating there 4-4-2 safety-first set up from the Russia win.
KL: Before the tournament started, I would have picked Croatia in this game. After the group stage, my pick would have been the same. Now, I’m not sure. Croatia’s coming off the back of consecutive 120-minute games followed by shootout wins, draining them physically and emotionally, and they’ve lost right back Šime Vrsaljko to injury, and he’s a big part of their offense. (His backup, Vedran Ćorluka, doesn’t offer nearly as much at the attacking end.) Modrić will be the best player for either side, and I won’t leave out the possibility of him dragging his team to the finals. Still, I think Sterling does his thing with Vida and Dejan Lovren, the fatigue takes away Croatia’s magic, and the English take this. Does Gareth Southgate try to nullify Modrić by subbing in Fabian Delph for one of his attackers?
GP: I don’t see Delph starting for England. I also don’t necessarily side with the fatigue narrative, though I understand where you are coming from. Another way of looking at it is that Croatia knows they are clutch. If they can push England to extra time and/or penalties Modric and Co. will like their chances.
KL: A Belgium-Croatia final would guarantee a first-time champion, although England vs. France would be fun for many reasons. We’ll be back after the semis. 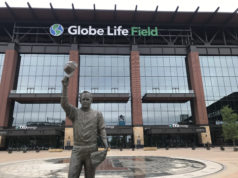