Due to the early publication of this Best Of issue, Buck U went to print this week before last week’s heavyweight match-up with the Buckeyes had even been played. In a perfect world, the Horned Frogs have pulled a glorious upset over the fourth-ranked team in the land. Permission to freak out – the purple predators are now legitimate national title contenders and have broken into a Top 10 ranking in all the polls. However, in the event that victory eluded Gary Patterson’s boys, fans of the Frog should remain calm. The college football playoff is still within reach. Big 12 Conference play starts this week in Austin.

Travel back in time to a football world long ago, when the Longhorns were the team that all other college football programs wanted to emulate, both in winning prowess and program prestige. Much like the Dallas Cowboys, it seems Bevo’s winning days have passed, and burnt-orange boosters are trying everything possible to regain former glory. The Longhorns have bought themselves head coach Tom Herman, formerly of the University of Houston, and athletic director Chris Del Conte from TCU. Changes haven’t equated to wins for yesterday’s champions. This year’s Longhorns are 1-1, dropping their first game in Maryland to the lowly Terrapins. The next week, UT faced off against Tulsa in Austin and allowed 21 second-half points to finish only a touchdown ahead at 28-21. Herman went 7-6 in his maiden voyage last year, and 2018 isn’t starting the way the cocky coach would prefer.

The match-up of lizards and livestock has lost some luster. TCU has a four-year winning streak over UT, and it hasn’t been close. Combined score of 153-33 in favor of the Frogs not close. Herman coached his Horns to the narrowest margin during Frog dominance in a 7-24 loss last season. Sophomore quarterback Sam Ehlinger leads the orange offense and is completing about 64 percent of his passes while sharing the rushing load. Ehlinger will contribute significantly to the run game against the Frogs, using his 230-pound frame to try to take advantage of smaller safeties. Herman’s philosophy is to throw the ball. Passing is what made his tenure with the Houston Cougars so effective, but passing was a struggle against Maryland. Ehlinger completed only half of his passes and threw two interceptions. The Longhorn quarterback was much more efficient against Tulsa, completing almost 80 percent of his throws with zero interceptions. TCU isn’t Tulsa. Frog defensive end Ben Banogu will use his athleticism to harass the Longhorns and force quick decisions from Ehlinger. UT’s rushing game is by committee, which is a polite way to say there’s no standout player to rely on. The Longhorns will look to 6-foot 4-inch junior wide receiver Lil’Jordan Humphrey from Southlake, who has become Ehlinger’s favorite target.

The Longhorns will return to a prominent role in the Big 12. This year will still show telltale signs of a team rebuilding under a new coach. Frog quarterback Shawn Robinson will have the opportunity to show consistency against a lackluster defense, which will empower the athletic sophomore to showcase his running ability. TCU offensive coordinator Sonny Combie will stay true to a philosophy of short and intermediate passes that complement the rushing game. UT will throw everything they have against Patterson’s purple platoon, though the statistics say Herman’s Heifers will not have the defensive depth to slow down the Frog attack. Austin is weird, as the shirts suggest, but the vegans should steer clear of Daryl K. Royal on Saturday. Beef will be grilled. 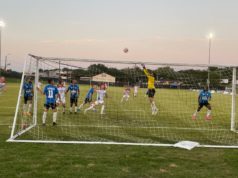 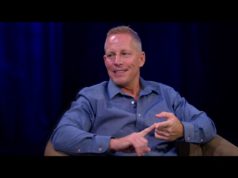