Men’s basketball flew to Honolulu last week to dominate the Hawaiian Airlines Diamond Head Classic tournament, though it wasn’t all beachside massages and fire dancing. Coach Jamie Dixon has his team peaking at the perfect point prior to their gauntlet of conference contests.

This game was late. TCU tipped at 11pm Fort Worth time. I’ve seen more heavily attended middle school games, but Dixon’s squad required no energy from the crowd. Charlotte gave the Frogs a contest for the first 12 minutes of the opening round. TCU never trailed in the game, but the 49ers managed to nip at their heels through the first half. Frog forward Kuat Noi brought bad news to the Charlotte squad. The 49ers had mined only fool’s gold, and Noi finished the last four minutes of the half with 11 points to extend the Frog advantage to 40-26 at halftime. Noi’s performance is a microcosm of how TCU dominated the field in Hawaii. The Purple’s bench is too deep for others to keep pace with and Dixon’s lineup too versatile. Noi is a 6-foot-7-inch small forward but plays the perimeter as well as a guard in conjunction with threatening the paint. He finished with 15 points and three long-balls to lead the good guys in scoring from the bench. Charlotte never sniffed a victory after halftime and fell 82-57.

The Sunday night contest with the Bucknell Bison was the game of the tournament. Both teams looked fatigued from travel and played their second game in as many days. TCU started slow and fell behind through the first seven minutes of play before taking their first lead of the night. Dixon’s squad seemed content trading buckets with hot-shooting Bucknell through the first half and surrendered the lead temporarily before stealing it back two minutes before halftime. The breakneck scoring continued in the second half for the Frogs but not their opponents. Guard Alex “Santa” Robinson came down the chimney with gift-wrapped assists for all the good boys wearing purple. Robinson proved he is among the elite point guards in the country. His stats already suggest superiority, but they were impossible to overlook as the senior went 11 points and 11 assists for a double-double. Frog center Kevin Samuel finished at the top of the Bucknell naughty list with 14 points and nine rebounds as he dominated the paint and devoured second chances. Every TCU starter plus Noi padded their stats with double-digit numbers. The Frogs put away Bucknell in their second 82-point performance of the tourney, 82-65.

The Frogs rested Monday to prepare for their Christmas clash with the Indiana State Sycamores (whom TCU beat in their last home game before traveling to Hawaii). The Sycamores, of Larry Bird fame, are still the hottest three-point-shooting team in the country and always a threat to explode offensively. The Indiana bunch challenged from the opening tip and contended stoutly through the first 10 minutes. Noi and Samuel streaked to build an early 10-point lead that the Frogs maintained into halftime 40-30. Dixon’s players showed up shooting out of the locker room and led by 22 at their greatest advantage before going cold from the field. The Sycamores never relented and clawed back within nine points of the Frogs but could never overcome the early cushion built by TCU in the first half. The hardwood Horned Frogs finished Christmas Day with a tournament trophy under the tree along with an eight-game winning streak. Robinson led purple scoring with 15 points and added eight rebounds despite logging below-average minutes after getting into early foul trouble. Freshman guard Kendric Davis filled in at point guard when Robinson sat. The dynamic Davis scored 10 points with an assist and a pair of steals. TCU is obviously a very different animal with Robinson on the floor, and the senior will need to play almost every minute of Big 12 contests for the Frogs to reach their goal of making it back to the NCAA tournament.

Dixon and company are staying in Hawaii to play the Sharks from Hawaii Pacific on Friday and then take eight days off before hosting Baylor and then the rest of the Big 12 in much more competitive games. Robinson was named the tourney’s Most Outstanding Player, and the team had a Merry Christmas. Whether they’ll enjoy a happy New Year remains to be seen, but the prospect of champagne wishes and caviar dreams looks good. 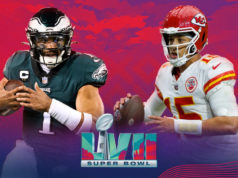