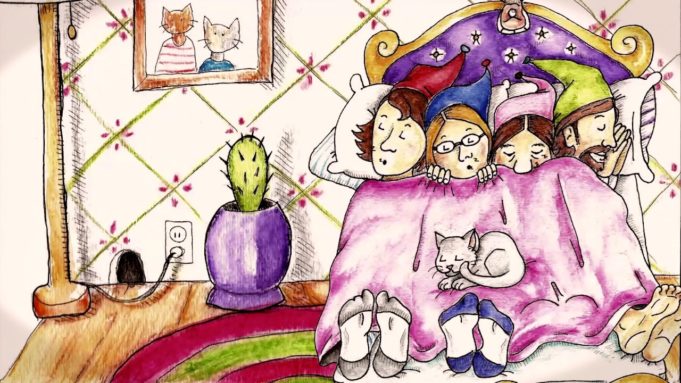 Every December, the Weekly publishes year-end lists of the best 817-based songs and albums. This year we added videos to the heap. Generally speaking, we as a newspaper eschew lists. We’re still suffering anxiety attacks after that horrible era a few years ago when SEO marketers shoved their collective thumbs in the world’s butthole, and everyone’s social media feed was crammed with garbage headlines and meaningless lists (You won’t believe what happens next!).

Still, we take pride in the few click-bait-y listicles we deign to release into the wild. As proud as I am of these lists –– and as much time and effort as Patrick Higgins, Steve Steward, and I expend on them –– we invariably miss a few of the outstanding entries into our local music cannon.

Our process is admittedly flawed. Three dudes trying to distill 12-month’s worth of output into arbitrary order is kind of a fool’s errand anyway. But for the sake of efficiency, we keep the circle tight. Each of us brings our own bias, limitations, shitty memories, and shoddy notes to the table. For the most part, I think we get it right –– except when we don’t.

The list below is the most arbitrary of them all. These are the top 3 videos, songs, and albums that I alone felt were snubbed for one reason or another. I’m sure there are dozens more artists and recordings I’m missing, but this is my last best shot to credit some of the badass work of area musos.

Rebekah Elizabeth’s Terry Gilliam-looking animation is as charming as it is mesmerizing a backdrop to this pop masterpiece. The production quality, storyboarding, and editing are just as top-notch, as cartoon representations of each band member traverse Elizabeth’s lush, imaginative landscape.

This slick Ocean’s Eleven-esque production has everything you want from a local video: cameos from local scenesters, area locales you’ll recognize, and some crazy-ass cut-ins of the band rocking out to a packed horde of partygoers bathed in flashing lights. “Sea Serpent” is the visual realization of everything the psycho-surf-punk quartet embodies: musical precision and hook-y riffs cloaked in a sparkling barrage of wild fun.

“The Prophet,” I Happy Am

If we were to give an award for snubbed videos, we should name it the Sorry, Rebekah Elizabeth Award for outstanding videos we overlooked, since she either animated or starred in all three of these. Maybe I’m a sucker for any video that isn’t just some dudes standing there mouthing lyrics, but “The Prophet” looks and feels like graduate-level work. Elizabeth’s cutout animation ––interspliced with Spaghetti Western-style dialogue boxes –– sets the scene for a surreal live-action yarn that would fog Tim Burton’s oversized sunglasses. The song kicks ass, too, as Elizabeth’s ethereal vocals tell this creepy tale with the aplomb of Drive By Truckers or Joni Mitchell.

I love videos that tell a story, and Henry the Archer’s well-produced tale of band in-fighting provides the visuals for the trio’s outstanding polished, rocked-out pop.

Not sure how we missed this one, but this release from Jordan Richardson’s nom de rock deserved to be on our list. In “Deez Days,” Richardson’s over-driven vocals are draped over ’80s-style synth line that sounds like Hall & Oates trying to kick heroine. The tune toes the line between dark and kitsch, while remaining infectious and groovy.

This song is quintessential Vodeo: tense, melodic, catchy, and smart, with a hip-shattering groove. “Making Me Nervous” is a song you feel first before you can properly experience the layers upon layers of sophisticated melody.

Johnson’s EP was one of the most interesting releases of the year. The five deeply personal songs were also accompanied by an audio book of short stories, co-written by novelist Travis Erwin, that chronicle various characters grappling with potentially life-altering decisions. All of the proceeds of sales benefited veteran suicide prevention.