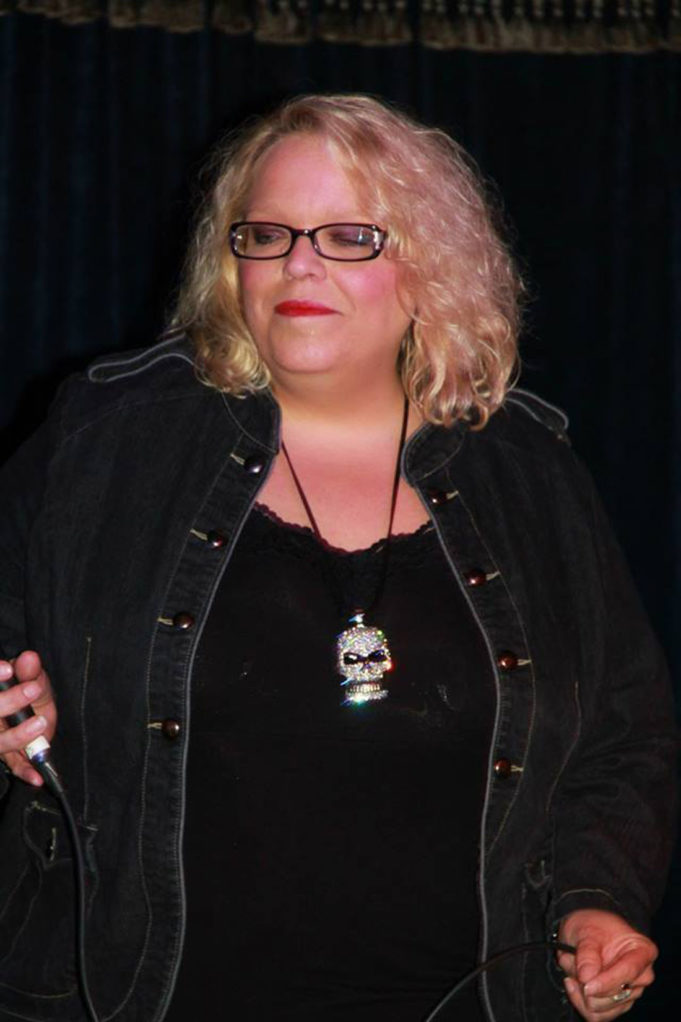 A minor key kind of feeling draped itself over the local music scene after the recent death of Susan Jennifer Oberhofer-Maben, better known as Suzie Q. She died inside her Fort Worth home last week. Suzie Q, who battled high blood pressure, was 49.

“We presume it was a heart attack or a stroke,” said close friend Betsy Parmer.

Parmer and Suzie Q ended most days by texting each other, and Mon, Feb 11, was no different. That night, Suzie Q texted “I love you,” and Parmer responded with an identical message at 10:32pm. The next morning, Suzie Q was planning to go for a pedicure with a friend, who discovered her body after being let inside her house by the landlord.

Suzie Q became well-known locally after working as a singing waitress at the long-defunct J&J’s Blues Bar during her 20s. She fell in love with Michael “Mace” Maben, a local guitar slinger who was working as a soundman at the venerable venue. They bonded together personally as husband and wife and professionally, with Maben featuring her as a vocalist in his band until his death from cancer at 60 in 2012. That same year, Fort Worth Weekly inducted Maben into its Music Awards Hall of Fame.

After her husband’s death, Suzie Q sat in with many bands as a featured vocalist, partly because of her powerful, soaring voice: “Suzie was one of the only people I knew who could do Etta James justice,” Parmer said. “She had a big, sultry blow-you-out-of-the-club voice. Virtually everyone would want Suzie to get up and sing.”

And partly because of her equally bold personality: “You couldn’t meet her and not instantly like her and want to be around her,” Parmer said. “She had this big, amazing voice and a personality that matched it.”

More than 20 years ago, Maben and Suzie Q helped a woman they knew escape an abusive domestic situation. They decided to do more for the cause and founded an annual benefit concert –– Suzie Q’s Jingle Bell Jam –– to raise money and unused toys for SafeHaven of Tarrant County, a local nonprofit providing services to domestic abuse victims.

In 2018, Suzie Q told friends that respiratory problems and high blood pressure issues were making it difficult for her to sing for several hours during the benefit show. She was preparing to turn vocalist duties over to teenage singer Claire Hinkle, the daughter of Parmer and local bluesman James Hinkle. Suzie Q had helped raise Claire from a baby.

“My biggest regret is Suzie won’t get to see Claire’s music career develop,” Parmer said. “Suzie was, like, the biggest fan-girl. Every time Claire sang, Suzie cried. I’d say, ‘Stop it! Are you going to cry at every concert?’ ”

Social media has been buzzing since Suzie Q’s death as friends express their sense of loss. Some created a crowdfunding page to raise money to donate to SafeHaven in Suzie Q’s name. “Always believed you had the voice of an angel – now you get to sing alongside them,” a person wrote on her Facebook page.

Suzie Q’s last Facebook post was on the morning of Feb 8, when she cancelled a garden club meeting, saying, “I’m still not well … this bronchitis is hell!!!”

“I imagine every musician in Dallas-Fort Worth who doesn’t have a gig that day will be there,” Parmer said. “I’ve gotten so many calls.”

“It will be a cavalcade of local stars,” Parmer said.