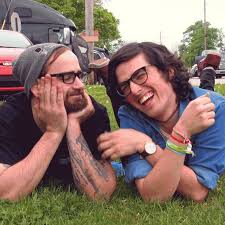 1) It’s Southby-Stopover Season, which means bands heading to and from Austin for the annual music conference and festival will be routing through Fort Worth and Dallas. One of those is Summerbruise, a pop-punk/emo band from Indianapolis who has a recording named after a band from around here that no longer exists: Bummer Vacation. I’m sure it’s a coincidence, but seeing as how that band called it quits in 2016 or so and Summerbruise’s album with that name came out a year later, you never know. The show is on Thursday night at the Tin Panther (937 Woodward) and also includes Ann Arbor, Michigan-based indie band Seaholm, and Joplin, MO’s Caleb Miller, with local dude Ryker Hall opening the show at 9pm. Doors are at 8 and there is no cover charge. Here’s a Summerbruise live performance:

2) There’s a benefit show at the Double Wide (3510 Commerce, Dallas) on Friday for isopod’s Brent Regier, who is currently struggling against bills and maleficent effects that come with toxic mold contamination. The lineup includes SEVIT, Signals and Alibis, and Robot Maria, and cover is $10, though feel free to donate to Brent’s gofundme at the link highlighted in his name. There looks to be a raffle element to this show, too. Guess you’ll have to go to find out! Show is 21+, doors are at 9, and music starts at 10p. Here’s what SEVIT looks like.

3) If you didn’t get enough local art at last weekend’s Fuck Your Art Degree show at Shipping & Receiving, there’s a much smaller show at the Grackle (4621 El Campo); artists include featuring Brian Harshaw, Landon Shepherd, Jonathan Johnson, Suzanne Perez, Karen Ferguson, Robert Flores, Trista Morris, JoeArt LaBerge, Rachel Eastman, Nick Petta, Stephanie Hazelhurst, Linda Little. Live music will be provided by Matthew Broyles, Ivan Dillard and Itchy Rich. The free event goes from 7-11pm. And in the spirit of cramming two things into one listing, another good art-related happening on Saturday for your consideration is Fort Worth Zinefest 2K19 at Shipping & Receiving. There are more bands than I thought I would have to list, so here comes some control-c, control-v-ing:

Oh my god, there are like a thousand Zine artists listed. Just go and be sure to browse, because zines are rad and the kind of media you have to really go out of your way to consume, but more often than not, they’re rewarding reads, and if nothing else, they make you look interesting to houseguests if they see them stacked on an end table or on top of the toilet tank. Oh, there’s a cover for this, but it’s only $8. Here’s Artemis Funk playing live:

4) Sunday at Fort Worth Live, go hear some songwriters! Zach Pack, Jackie Darlene, and Casper Allen will be strummin’ guitars and sangin’ their souls out starting at 6pm, and the all-ages show is free to get in. Doors are at 4! Jackie Darlene played live at the Motor Lounge once and someone recorded a video of it, and here is that video:

5) Graveyard and Uncle Acid and the Deadbeats are on tour together and playing at Gas Monkey Live! (10110 Technology Blvd, Dallas) on Tuesday. Both of them sound like Sabbath-rooted, ’70s heavy metal, and in that regard, they’re sort of like some rad bands that never existed when that stuff was new. Luckily they exist now. Honestly, if you know about these bands, you’re probably already going, and if you do and you aren’t, I hope it’s because you’re broke or you have to work early the next day, because they’re pretty much the tops of retro-minded classic metal. Whoa – according to the ticketfly link, tickets are only $10! That’s a fucking steal, dudes! All-ages, doors at 6, music at 7. Before I watched this Uncle Acid promo video, I was served an ad from BJ’s Brewhouse. I wonder if that’s because I was near one earlier today?