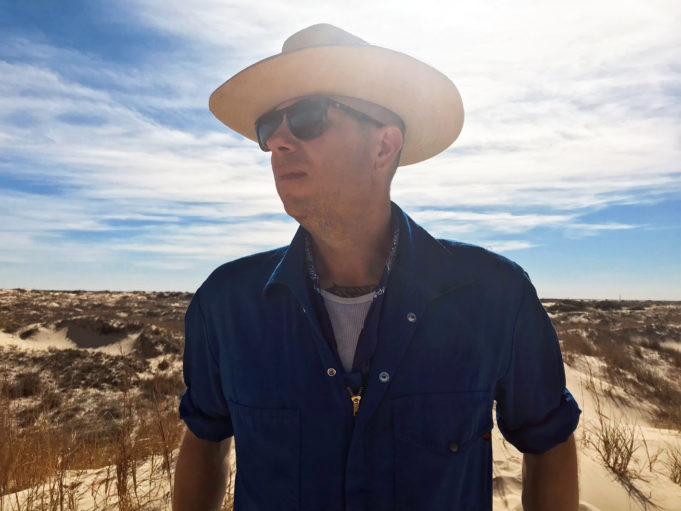 Around eight years ago, Rahr & Sons Brewing Company owner Fritz Rahr hired a freelance photographer to oversee the brewery’s bottling line. That man, Jeff Wood, is now Rahr’s creative director. I recently sat down to chat about Wood’s past careers and what’s in store for Fort Worth’s venerable brewery.

Wood is a second-generation professional photographer. His father, who shot reconnaissance photographs for the U.S. Army in Korea, instilled a love of photography in Wood, largely by example. Growing up, Wood probably thought most homes had a dark room.

“When Fritz hired me to run the bottling line, he said I’d be in a creative role within a year,” Wood said. “And that’s what he did. I would work the line til 3pm or 4pm and then design a banner [in the office]. It happened very slowly by doing a few graphics here and there.”

When Wood took over as creative director, he inherited several years worth of logos and labels. He slowly worked to simplify and unify Rahr’s branding. Two years ago, when Rahr went to cans only, he had his chance to streamline the company’s product.

“I’m a fan of the same thing that Andy Warhol was attracted to — uniform, repetitive pattern marketing,” he said, referring to Warhol’s fascination with Campbell’s soup can logos.

Designing labels is only a small part of his expansive job description. Wood works closely with Rahr head brewer Nate Swan and the brewing staff to ensure that new beer launches have the branding and messaging to break through the increasingly crowded craft beer market. Wood is always brainstorming beer names. He vets his better ideas by searching Google. If a large brewery hasn’t trademarked the name, he works with a trademark lawyer to snag it. The trademarking process can take six months, he said.

This November, Rahr will celebrate its 15th anniversary. Dadgum IPA, Adios Pantalones, and Paleta de Mango have been three popular releases that have kept Rahr fans curious about what’s next from the Near Southside brewery. A brand new release will be announced (and sampled) at the 15-year anniversary party, Wood said.

It’s easy to forget amid the current craft beer-plosion that when Rahr & Sons Brewing Company opened nearly 15 years ago, folks weren’t clamoring for sours and hazy IPAs like they are today. The Fort Worth brewery largely paved the way for the vibrant network of breweries that our fair city boasts today. As the creative director of Fort Worth’s largest brewery, Wood is mindful of the German heritage that established the business. He is also focused on ensuring that the Rahr brand continues to appeal to a diverse and young audience.

Yes, there’s early talk amongst Rahr staff of opening a seven-day-a-week taproom. Yes, the brewery is excited about the possibility of selling beer to-go if the powers that be in Austin see fit to support craft beer above special interests. There are a lot of bold new possibilities in store for Rahr & Sons in the coming years, Wood said. 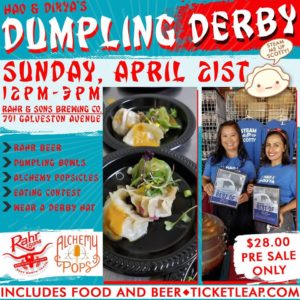 From Rahr: Come out to the brewery on Sunday, April 21st from 12-3 for a Dumpling Derby Pop-Up with Hao & Dixya. They will be celebrating their one-year anniversary of doing Dumpling Pop-Ups at this special event. Everyone is encouraged to wear their favorite Derby hat and there will be a dumpling eating contest with prizes. $28 gets you a Dumpling Bowl (Chicken, Pork or Veggie), a special Alchemy Pops Mango Paleteria popsicle made with Paleta de Mango beer and 2 Rahr Beers and a Rahr pint glass to keep! This is a limited Pop-Up event and tickets are presale only. The brewery taproom will also be open to the general public and we’ll be selling $5 beers for those who want to just come to hang out and join in on the fun, but if you want all the goodies listed above, you gotta buy a ticket! 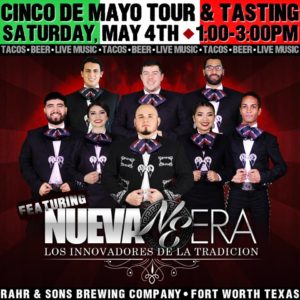 From Rahr: Make plans to come out to this year’s Cinco De Mayo Tour & Tasting! We will have taco trucks, plenty of cold beer and a special live performance from Mariachi Nueva Era! Visit the event page here.