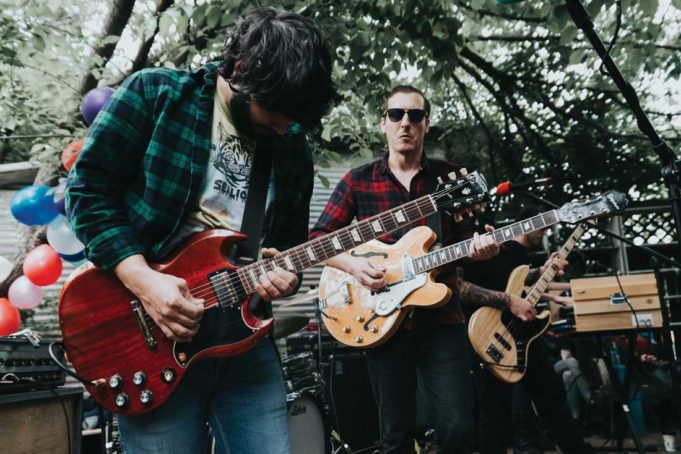 Cameron Smith doesn’t like to use the word “breakup.” Sure, Sunday’s War Party show at Fortress Fest is the last show the band has on the books, but Smith is confident that this is just another evolution for the band he’s fronted for eight years. The genre-elusive War Party will perform at 3 p.m. on Sunday for the second and final day of the fest.

“It’s bittersweet,” Smith says. “But we’ll all still work together. The future is wide open.”

Over the last eight years, War Party has dipped their toes in everything from garage rock to punk to pop and doo-wop. Their latest record, Pure Destroyer, has been hailed as one of their best, and on Friday they released their final song, “Much Polite.” Sunday’s show will be an ode to the past, with plenty of recent material thrown in.

“I’m pumped for this one,” Smith said of the show. “We’re going to wear these cool red jumpsuits that have a weird-ass flair to them, play some music from Pure Destroyer, and give people a show to remember.”

It’ll be the first time in a long time Smith has performed on the same bill as his former high school classmate, Leon Bridges. Smith, a self-professed music nerd, is excited to see his pal and the other local artists turning up for Fortress Fest. He approaches music as a fan and an analyst, always searching for the references, the Easter eggs, and the tricks the artist pulls off to make something work.

“The exploration has always been my favorite part, and that’s why I don’t like to say that this is the end of War Party,” he said. “We’ve created this universe of songs and videos, and it’ll always be out there for people to dive into.”