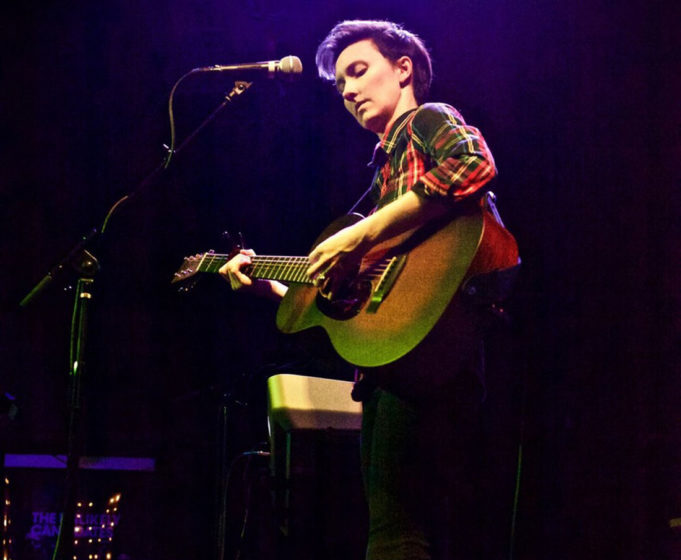 Like a lot of songwriters, Rachel Gollay finds it hard to try to write a song explicitly about a specific thing. Words come from an unknown place and ultimately inform the writer of what the song will be about. Images, half-stories, and vague emotions are all stitched together into a (hopefully) cohesive concept but one that ideally retains an openness to interpretation.

“Pretty much all of my lyrics are coming from processing some sort of unconscious or subconscious thing that’s going on around me,” she said. “Whether it’s something in the water politically or something that’s going on with me personally, it all starts very stream-of-consciousness. Rarely is it where I sit down and say, ‘I’m going to write about the state of America, post 2016’ or anything like that.”

Some of that music – with its origins in the recesses of her subconscious – has recently leapt out of the void and is ready to be appreciated by the conscious world. Her eponymous band debuted a new full-length album this week. Recorded mostly at writing partner Russell Jack’s home and celebrated with a listening party for friends and fans at Off the Record on Monday, the album hit the standard digital formats the next day. Override’s dreamy, synth-driven indie-pop builds on the unique sound that Gollay and Jack began toying with on 2014’s Built for Love and refined last year on her Rise EP.

Some of Override’s material, in fact, found its origins from the Rise era. That EP was intended to be a full-length, but the collaborative partners are meticulous and methodical and the ambitious electronic sheen of the tracks can take some time to perfect. Most of the songs begin with bits of a verse and a chorus or a melody idea, often roughly recorded with acoustic guitar before Gollay and Jack begin to fully and more properly arrange the songs. It can be time-consuming, but the pair said they are much more comfortable with the direction of the music now and are beginning to streamline the process.

“Part of why it takes us as long as it takes is because we try to step away for a while and re-listen to things with fresh ears,” she said. “It’s easy to go heads-down and work on something and go down the rabbit hole and not get that critical distance, so hearing it as a listener and getting some space from it when we need to is important.”

Additional tracking was done by guitarist Zachary Balch at his Dallas-based Flint Creek Studios. Taylor Tatsch (Cut Throat Finches, Shadows of Jets) added some overdubbing in Dripping Springs at his Audiostyles Studio. The record was mixed and mastered by Nolan Thies of Blue Note Studios in Brooklyn.

The culmination is Gollay’s exclusive blend of indie-folk sensibility and ear-pleasing electronica in top form. Over the album’s 10 tracks, airy and sweeping synth lines build behind Gollay’s seraphic vocals, with cascades and crescendos of glassy harmonies. Her soft-edged voice dreamily relays her clever and literary lyrical musings. The sound makes for music that seems at home straddling the subconscious and the waking mind, leading the listener down a lighted path toward their own personal experience.

“Sometimes even I don’t fully know what [a song] is about,” she said. “Sometimes it’s about four or five things. People often try to offer their interpretation, and they look for confirmation. ‘That song is about this, right?’ Each person has the space to find their own meaning in it, which the best sort of art to me does that.”