A top-tier songwriter such as James Michael Taylor can carry a show easily with just his voice, acoustic guitar, and presence. He’s done it since the 1970s in Fort Worth.

Tonight, he offered a rare chance to hear him perform eight of his originals backed by a full band — Sam the Lion — at Shipping & Receiving Bar. 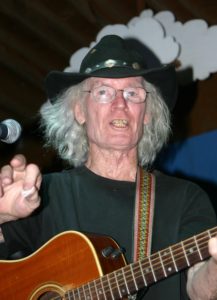 The one-off conglomeration had been in the works for a year.

Translation: A year ago, Ed Rogers and the other guys in Sam the Lion (Chris Allen Curtis, Matthew Williams, Rodger Harrison) suggested they work up a set of Taylor’s most vivid and poetry-like songs (“Help,” “Coal Fever,” “Something Just Broke,” “Lancaster Street”) and crank ’em up with rock sensibility. About 50 weeks later, someone said, ‘Hey, shouldn’t we rehearse? Don’t we have a gig coming up?” They put the show together quickly, but the 45-minute set packed a wallop of dynamic good fun.

Earlier in the evening, a songwriter of a newer generation played an eclectic mix of originals and covers at Tributary Cafe on Race Street.

Good night for music in Cowtown. 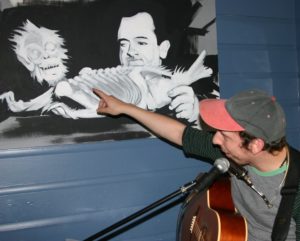 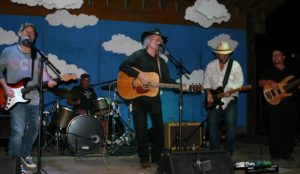