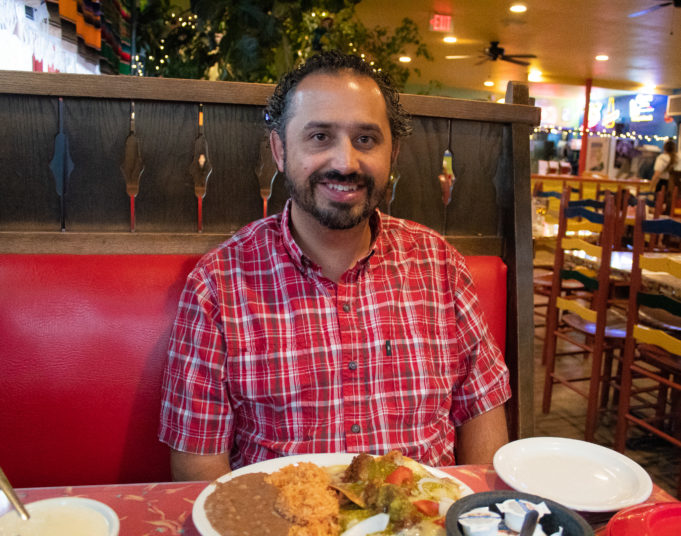 While most history professors are content teaching and researching, Max Krochmal is making a little history of his own. I met up with the TCU associate professor of history and founding chair of the Department of Comparative Race and Ethnic Studies over tostadas and cervezas at Benito’s. Our topic: Fort Worth politics and race relations.

Krochmal said civic engagement and social justice issues were taught and demonstrated to him at a young age. Krochmal was raised in a working-class Jewish family, and he heard stories about his grandparents’ engagement in the Civil Rights Movement and labor struggles as a young child.

“The ethos that we were taught is that if you have the ability to make the world a better place, it’s your job to do it,” he said.

When Krochmal moved to Fort Worth in 2011 to take up his current TCU position, he began networking with local groups like the Tarrant County Black Historical & Genealogical Society and Cesar Chavez Committee of Tarrant County. The connections aided the scholar and author in his research. Each story and historical document also helped Krochmal understand the forces that shaped Tarrant County and Fort Worth as we know it today.

“Fort Worth is run by a relatively small group of people,” Krochmal said. “It’s fair to call it an oligarchy led by a small group of leading families. There are certain skirmishes between them, but a lot of the important decisions are not made in public.”

Sundance Square is a great example of Fort Worth’s unique approach to urban planning and development. When Krochmal settled here, he was struck by the fact that 35 blocks of downtown are owned by a private company, which itself is owned by developer Ed Bass.

“It’s not a public space,” he said, “meaning that it can’t be a place where real democratic interactions can occur. When you march in the Martin Luther King Parade, [Sundance Square staff] remove your signs at the plaza. The [Cesar E. Chavez Memorial March and Celebration] has been rebuffed in its request to assemble there. I don’t know why Chavez is more controversial than King.”

Krochmal remains optimistic, though. The shift to single-member districts in the late 1970s helped minorities gain city council seats, he noted. The last two years have shown a drastic change in how Fort Worthians and elected officials approach race and equality issues, he said.

“Now, there’s a sustained conversation about who runs this city and how can we legislate for everyone,” he said.

The failure of Fort Worth City Council to join every other major city in Texas in a lawsuit against SB4, the so-called “show me your papers” law, along with the public uproar over the handling of the arrest of Jacqueline Craig have spurred serious conversations in private and public quarters over Fort Worth’s future.

Krochmal is focused on the Tarrant County Commissioners Court vote this Tuesday. Tarrant County is the largest county in the United States to maintain a 287(g) agreement with ICE. The law allows state and local law enforcement agencies to perform limited immigration law enforcement functions. Each 287(g) agreement in the United States expires on June 30. This Tuesday, the Tarrant County Commissioners Court will vote on whether or not to renew the program. Sheriff  Bill Waybourn has adamantly denied that the agreement is racist in nature. The law is not intended to target law-abiding citizens but rather rapists, murderers, and other violent individuals, he said at a Hispanic Chamber of Commerce meeting I attended last year.

Krochmal recently penned this open letter that was sent to the Commissioners Court.

The climate of fear extends beyond the undocumented to include members of mixed-status families and ALL immigrants — and, indeed, all people of color. Diverse workers rightfully fear that a county that goes out of its way to voluntarily collaborate with ICE to deport immigrants will likewise terrorize anyone who “looks like” an immigrant. They fear racial profiling, traffic stops, discriminatory treatment, and even workplace raids. Why would these workers come to a county with 287(g) when they could avoid the daily fear and trauma by moving to Dallas, Houston, or Austin instead? Why would a company move here if they faced this added barrier to recruiting a talented, diverse workforce?

Speakers for and against the 287(g) agreement can attend the Tuesday meeting at 10am at 100 East Weatherford Street. 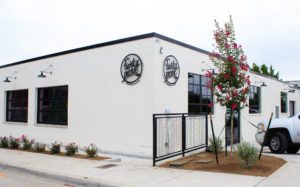 Funky Picnic Brewery & Café, the Near Southside brewpub and restaurant, will open to the public Wednesday, June 26. Funky Picnic is currently taking orders to-go Monday through Friday from 11am to 2pm, with delivery offered to Near Southside businesses and residents. From June 19 to 22 (11am-2pm), the pub will serve seated lunches and beer will be available. Chef Josh Rangel, who has past experience at La Perla, Dive Oyster Bar, and Cru, has created an impressive picnic-themed menu. There are several vegetarian options and three vegan sandwiches. Head brewer Michael Harper is excited to be working in Fort Worth again. He is brewing up several traditional (true-to-style) craft beers as well as several original recipes. 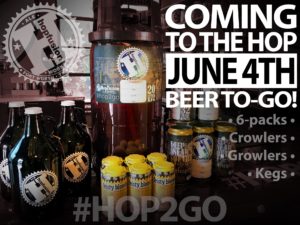