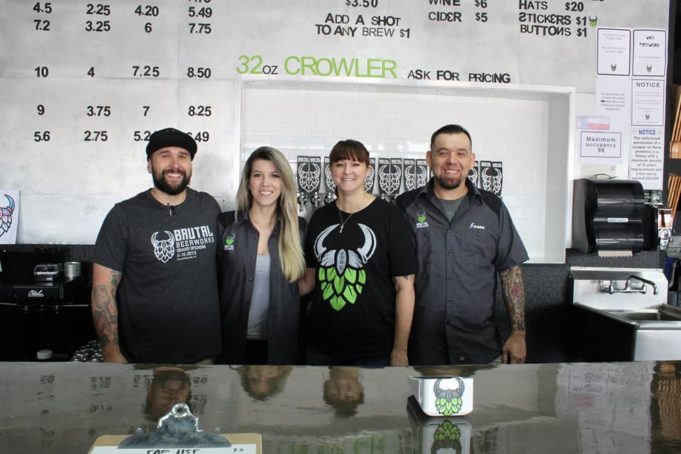 North Richland Hills, welcome to the growing list of North Texas cities and towns that can claim a craft beer brewery. Brutal Beerworks opened last month to large crowds. Co-brewers/founders Eric Johnson and Jason Perez were on hand (along with team members Kathy Perez and Sallie McIntyre) when I recently stopped by with my son Isaac. 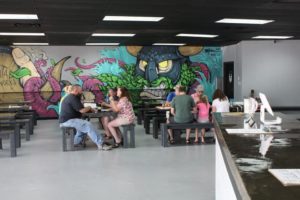 The Weekly’s beer column has followed Johnson and his team for a few years now. I asked Johnson how he decided on the several beers on tap that day.

“We just started making beer,” Johnson said with a laugh.

The award-winning homebrewer teamed up with Perez last year. Perez, a former head brewer for Martin House Brewing Company, said he loves the freedom that running an independent brewery offers. Customers can expect a revolving selection of homebrew favorites, one-offs, trendy beer, and true-to-style classics. Johnson and Perez plan to keep guests guessing what will be on tap next. 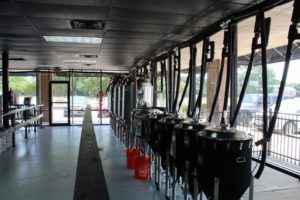 “We want to do everything,” Perez told me. “But we will always have something easy to drink on tap, such as a lager, pilsner, or Kölsch.

The menu offers craft sodas, wine, coffee, and ciders. The founding duo said locals have raved about the new business. Another promising sign has been repeating customers. When I first spoke with Johnson two years ago, he envisioned a family-friendly space where locals could unwind after work or on the weekend without having to drive to another city. From what I could see, he has achieved just that.

Isaac colored a Brutal Beerworks logo with paper and crayons. Each colored logo is hung at the front of the bar. The kids love it, Kathy said. Nearby, a pile of board games offers entertainment for all ages. Jason said Nintendo or some other type of gaming station will occupy the kids’ area soon.

As we chatted, I sipped on a delicious and only mildly bitter New England IPA called Electric Haze Machine. Another small pour of Crust or No Crust blended a milk stout with a Belgian amber that was brewed with boysenberries. A palate-pleasing blend of peanut butter and berries greeted me with each enjoyable sip. Brutal Beerworks’ six-barrel brewing system should serve the brewery for many years to come, Johnson said.

The name “Brutal Beerworks” acknowledges the challenges that life and, yes, opening a beer brewery can present. Working through those hurdles has only been possible because of the close-knit group that Jason, Kathy, McIntyre, and Johnson have formed.

“The journey has truly been a team process,” Johnson said.