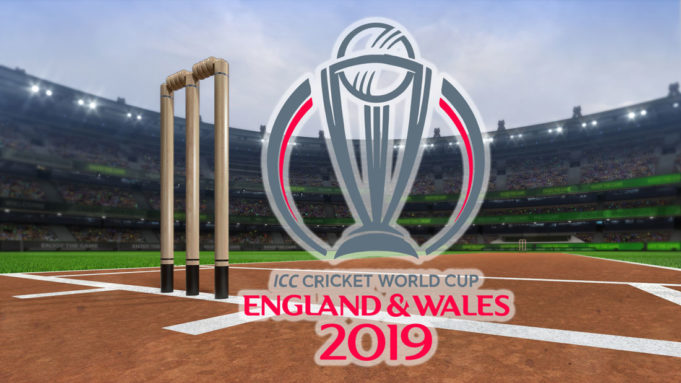 After 45 matches of 50 overs each side contested between the 10 best cricket nations, we have our Final Four. In my May 29 article (“Cricket World Cup Preview”), I made a series of predictions about teams and individuals to look out for. How did I do?

India’s Virat Kohli, the putative best player of his generation, has not been the standout batsman. While his 442 in eight innings at an average of 63.14 is not too shabby, the star batsman in the group stage was his teammate Rohit Sharma. The India opener amassed 647 in eight innings at an average of 92.42 –– a simply stunning level of play. I advised World Cup watchers not to sleep on Australia’s Davey Warner, and he did not let us down. Warner notched 638 runs in nine innings at an average 79.75, stirring stuff at the top of the order for an Australian team that became stronger as the tournament progressed until, well, more of that later.

The tournament’s mooted big hitters had mixed fortunes. Six-hitter for the ages, Chris Gayle of West Indies, showed that the end of his career is nigh. Mixed fortunes saw him loft 12 sixes in nine innings. Jonny Bairstow (England) registered 11. Top of the shop belonged to England captain Eoin (pronounced Owen) Morgan, who cleared the rope 22 times in nine innings.

With ball in hand, India’s Jasprit Bumrah delivered on his pre-tournament promise, taking 17 wickets in eight innings at an average of 19.52 runs per wicket. Mitchell Starc, Australia’s quick, was the top bowler in the group phase, skittling 26 batters at a miserly 16.61 per wicket. Mitch evidently tamed his inconsistency and channeled his unplayability. “Good on yer, mate,” as the average Aussie might say. Adil Rashid did not flourish for England in conditions that repeatedly favored quick bowlers over spinners. This gave South African rocket man Kagiso Rabada little excuse for a distinctly average performance, as he took 11 at a costly 36.09.

The outcome of all this batting and bowling is that the semifinals look a lot like my prediction. South Africa never looked like delivering on their talent from the moment they were routed by England in the tournament opener. New Zealand were consistent with both bat and ball and would have finished higher if not for back-to-back losses to Australia and England to close out their group stage. Indeed, England had to beat New Zealand and then unbeaten India simply to qualify for the semis. India could wear the loss to England and still qualify, though the former surely would have liked to help eliminate the host nation. Australia went into their final game against South Africa, needing what looked like a regulation win to secure top spot. They somehow enabled the Saffers to their tournament high total of 325, which Australia struggled to chase down, falling 10 runs short.

As of Tuesday evening in Fort Worth (bedtime in England), the first semifinal is in flux. New Zealand almost completed their innings before Manchester remembered its well-earned reputation for being the rainiest city in England. After much deliberation, pitch inspections, and touting of complex mathematical formulae — welcome to the Duckworth Lewis Stern Method — play was abandoned for the day. As things stand, New Zealand is 211 runs for five wickets after 46.5 overs. The .5 is confusing here because it actually means five of the six balls completed, so India has 19 balls to bowl. New Zealand will do well to pass 250, a total that appears meager given their opponents’ batting riches. India should progress and play the winners of England/Australia on Sunday, July 14. My prediction is that England has momentum and will start slight favorites. The Aussies still have long held a hoodoo over English cricket. Damn it! I’ll stick my neck out and go for India vs. England in the final with Kohli rising to the occasion to snare the trophy for his team. Probably. Possibly.