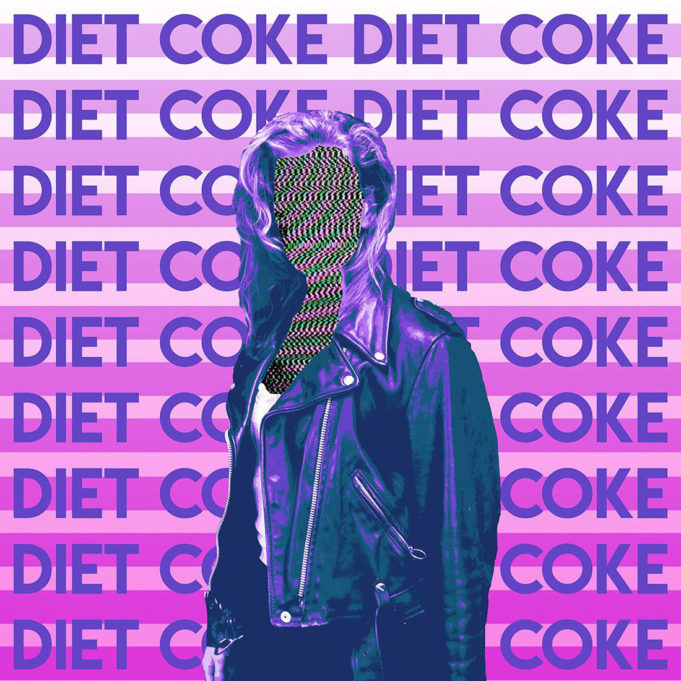 Former Moonlight Native frontman Will Roth was running karaoke at Caves Lounge in Arlington one night when his future wife walked in. Dumbstruck, he turned to his buddy.

The two got hitched last winter, and Savage has since tacked “Roth” to the end of her surname.

Another chance encounter at Caves transformed both of their lives, when Anna Menger tried her hand at karaoke. The pair was stunned by Menger’s vocal prowess.

“As a karaoke DJ, it’s hit or miss,” Roth said. “But Anna came up there, and it was like she’d been on a stage her whole life.”

After her impromptu performance, the duo approached Menger about starting a project. The initial goal was to just have fun, fooling around as “an obnoxious hipster band” with a pretentious band name to match, Savage Roth said. So after some brainstorming, “VYLIT” was born.

Before long, the three friends started to take VYLIT’s image seriously. They conceived a cohesive brand — a heady blend of broody, film noir ambience lit by a neon violet aura. Soon, the trio even got matching “VYLIT” tattoos on each of their left forearms.

Still, looks ain’t everything. VYLIT has carefully crafted a retro sound that marries catchy pop melodies with infectiously danceable basslines. And unlike some throwaway dance anthem lyrics (here’s lookin’ at you, Ke$ha), VYLIT specializes in conjuring compelling narratives. “Most of our songs have a story in mind,” Savage Roth said. “Like, we see everything cinematically.”

That’s certainly the case with the band’s latest single, “Diet Coke.” With its ’80s-inspired production and tragic storyline, the song would be at home on an episode of Twin Peaks. Roth said the song tells the tale of a vulnerable young woman who gets caught up with the wrong crowd. Here, the band drew inspiration from its surroundings – Roth knows his fair share of local scenesters who have struggled with drug addiction.

Despite its melancholy subject matter, “Diet Coke” drags armchair listeners off their loveseats and onto the dancefloor. Savage Roth’s solemn synths beg listeners to sway, and her husband’s electric guitar licks could make a grown man weep. Still, Menger’s full-throated singing stands out: “Up against the wall / In a bathroom stall / Disappears into that powder / Bass bumps even louder.”

Even though Audiolooks is pending release, the band doesn’t like to sit still. VYLIT plans to unveil two music videos in the coming months and has already started writing songs for its sophomore album.

Some might resent working at such a pace, but the band hasn’t broken a sweat. Menger, Roth, and Savage Roth said they’re having a blast living their best, most glamorous lives.

“Getting to have this kind of creative outlet — and have it also be with the people we love so much — is really cool,” Menger said. “We all have the same shared vision, and it’s just, like, one of grandeur: all of us wearing sequins and diamonds.”