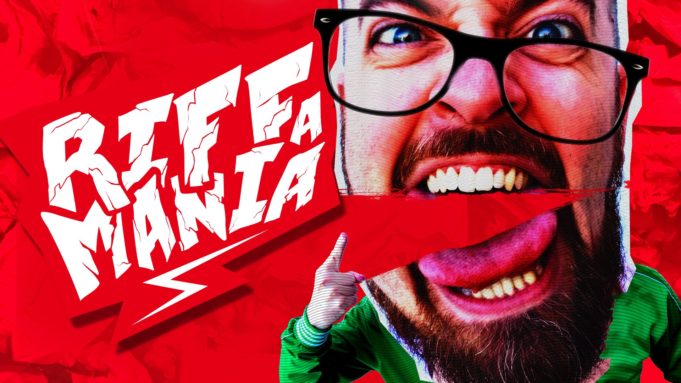 1) Welcome to the week where we all stuff our guts with decadent, cartoonishly oversized piles of comfort food and self-medicate against the calcified opinions of combatively conservative relatives. Besides the buckets of green bean casserole and your relatives’ cultish adherence to every perfidious statement that pops out of the puckered lie dispenser located directly below the President’s nose, there are shows. One of them is tonight (Tuesday): Soulful songwriter/indie restauranteur Adrien Hulet performs solo at the Moon (2000 W Berry). The show is free, 18+, and starts at 9pm. Enjoy this video of a golden retriever “barking and having fun”:

2) At MASS (1002 S Main) on Wednesday, a Thanksgiving-themed edition of pro-wrestling inspired, insult-comedy formatted Riffamania. Riffamania Episode 6: The Overstuffed Thanksgiving Eve Championship Comedy Spectacular features new developments in the world of comically aggro characters tearing each other down, and if there were ever a holiday for Krystal Beth Hellabad to go totally apeshit, Turkey Day is it. Side note: can you imagine that woman at a Walmart Black Friday sale? Woe to those who stand in her way of a bargain! Riffamania is free, though you are highly encouraged to bring some dollars to chunk at the performers or slam on the stage. The show is R-rated, 18+, and starts at 10pm. Unrelated, but here are some scenes from the Parade of Lights that happened on Monday:

3) Texas Producers, the folks behind Hello, I’m Tony Green will be screening a short film called My Fibonacci at Shipping & Receiving (201 S Calhoun) on Friday evening, preceded by a short film called Henry, made by local playwright and composer Katreeva Phillips, and followed by party jams courtesy DJ Databass. “Drinks and arrivals” begin at 7pm, the screenings and a short Q/A session with the filmmakers is at 8, and Databass dumps the funk on you at 9pm. Show is free and all-ages.

4) Doc’s Records and Vintage (2632 Weisenberger) is having a Thanksmas sale on Saturday from 1-7pm. In addition to a store-wide sale (merchandise is 20% off!), there is free food, free drinks, and free bands, starting with No Voz Void at 1pm, Genini at 2pm, Meach Pango at 3pm, and Mean Motor Scooter at 4pm. Here’s a MMS video from the last tour they did of the West Coast:

5) Also on Saturday: high-speed honky tonk hellions Convoy and the Cattlemen at Lola’s (2736 6th St) are dropping a new album at a release party at Lola’s, and if you’re in need of some new country that doesn’t sound like the new Sturgill Simpson album (which I think sounds like one of ZZ Tops lesser synth-era efforts like Afterburner or Recycler), you’ll want to grab one of Convoy’s records posthaste. Show is 18+, cover is $10, and doors are at 8pm. Here are C and the Cs at the Doublewide from four years ago: