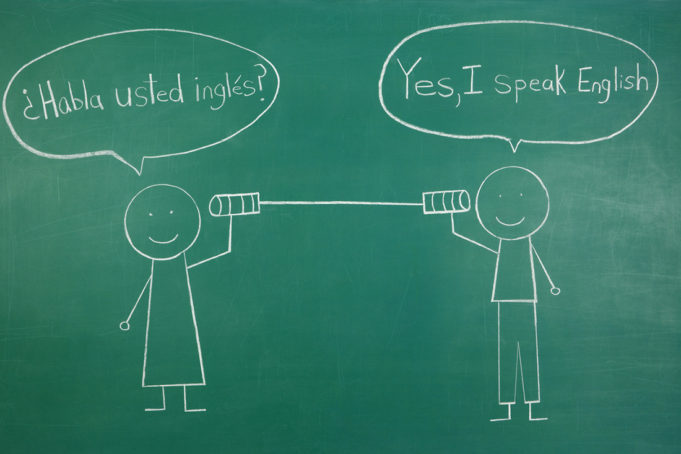 Early in the spring semester of my junior year in high school, I had some trouble in Spanish. I hadn’t really been paying attention, much less studying, and was too far behind to recover. I found myself relying on crib sheets that were being smuggled up and down the aisles during every test or quiz. After one particularly important exam, our Spanish instructor noticed that most of the scores and answers were the same.

Cue a long, sideways glance at the biggest juvenile delinquent in the class: me.

Our instructor called me up to her desk, accused me of cheating, and gave me a zero. It was her prerogative, of course, and she was also right, regardless of my being singled out. But I lost my cool. Loudly and ill-advisedly, I informed her that the whole f&#%@ing class was cheating, and it was bull$#!t that I was the fall guy. Our Spanish instructor sent me to the principal’s office, where the top guy was so disgusted to see me – did I mention I was something of a frequent flyer – he didn’t even ask what I’d done.

I didn’t name the originator of said cheat-sheet. Things blew over quickly at school, and my parents were the source of most of the fallout. My mother found a Spanish tutor (one of her friends) posthaste and made me attend Spanish sessions three times a week. I wasn’t enthusiastic at first, but her daughter was a cheerleader and joined in on some of the lessons. My interest grew. I became better at Spanish in no time, but, when finals came around, I needed a perfect 100 to pass for the semester.

I scored a 108 with extra credit points. More importantly, I picked up a lot of Spanish that was useful for my foreign language requirement in college – where I never cheated – and during numerous trips and vacations over the years around Mexico, Costa Rica, Spain, Peru, Nicaragua, and … Texas.

I don’t understand the typical anti-immigrant crack, “You’re in America! Speak the language!” We’re in Texas, and a significant percentage of our citizens don’t speak English, especially well, and it’s always been the case. The surnames of the two native Texans to sign the Texas Declaration of Independence were Ruiz and Navarro, and it’s their Texas, too. That’s why foreign languages, particularly Spanish, are part of our school curricula.