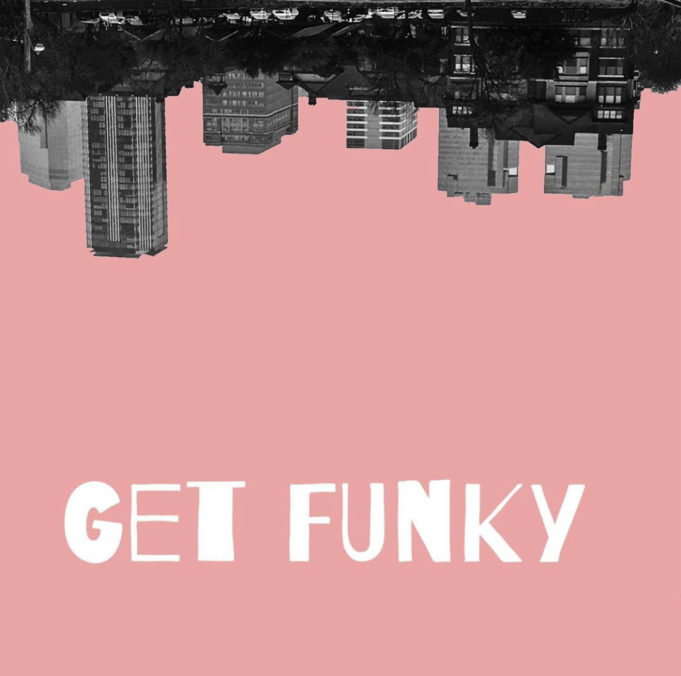 The Near Southside could be the next hotspot for comedy lovers in Fort Worth. At least, that’s if the comedians behind the first-ever Fort Worth Comedy Festival have their way.

Though the festival that was supposed to open this weekend has been postponed due to COVID-19 fears, the organizers stress that it’s still going to happen –– just at a later date. That means it could be stronger. The group of four local comedians and actors behind the festival intends to showcase comedy in its many forms, including sketch, standup, and improv. The festival will also include workshops, live podcast tapings, and children’s shows.

Organization efforts are led by Syrian-American sketch and improv comic Saria AlMidani, who said his love of comedy and for Fort Worth made organizing a comedy festival a natural decision. Living on the Near Southside and having worked the annual multidisciplinary festival Arts Goggle several times, he said he liked the idea of his neighborhood having an event that brings attention not only to the city’s comedy talent but also local businesses.

“I started thinking about this festival because a lot of cities have these festivals through a training center or a theater … and I had this idea of while showcasing comedy and all of its genres and all of these things, I could showcase the local, small-owned businesses of the Near Southside,” AlMidani said.

Booking for the festival was done strategically to include performers of different racial backgrounds and sexual orientations so audiences are exposed to comedy they otherwise wouldn’t see on a typical weekend lineup, he said.

“I’m a person of color, I’m queer, and a lot of those identity struggles are easier when you go through it with community,” AlMidani said. “They’re fought better when you’re united.”

Local actress and model Hannah Llach, one of the festival organizers who oversees the children’s shows and workshops, said AlMidani is a strong leader for the project because he is inclusive and driven.

“He’s very fun to work with because he cares about how his main hands on deck feel about something,” Llach said. “He’s a great leader in that regard.”

What makes Fort Worth a good venue for a comedy festival? Llach believes it’s the talented performers and comics in the area. When it comes to comedy, she said, people sometimes mistakenly think they have to go to Dallas to find it. She said Fort Worth has an abundance of comedians, improv groups, and workshops that people haven’t discovered yet.

“We really feel that there’s a community here for it,” she said. “We just need to make it more accessible.”

Llach said that accessibility concerns motivated the group to make the festival free. Ideally, she hopes it becomes a popular annual event like Arts Goggle or the Main Street Arts Festival.

“The dream would be for it to be an annual thing that brings people out and maybe puts Fort Worth on the map for comedy, because there’s no reason why we shouldn’t be on the map,” she said.

One of the festival’s performers is Danielle Watson, an improviser who daylights as a teacher. She is soft-spoken and seems reserved –– not qualities you would expect from someone on a comedy bill –– but when she talks about her craft, she is passionate and enthusiastic.

She said she is nervous about the upcoming show because performing live comedy for an intimate crowd is different from performing onstage in a theater. She is still looking forward to showtime.

“It’s going to be really nice to share something that you love in a community that you love with local businesses,” she said. “We’re just really excited to really do this in the place where we live, and we don’t have to go anywhere.”

She described her role as a festival “hand on deck,” there to lend support whenever AlMidani needs it. She and Llach both said the festival is AlMidani’s labor of love, and AlMidani calls the event “his baby.”

The spotlight on small businesses in Near Southside will manifest in different ways, AlMidani said, with businesses playing different roles throughout the event. He said they are still working with several businesses to determine how they want to be involved but that businesses are eager to take part in the festival. Some businesses will serve as venues for acts, and others are donating printing services and snacks.

As is often the case for first-time events like this, the comedy festival is donation-based. AlMidani, Llach, Watson, and the fourth organizer, Hayden McGovern, are not being paid to host or work the event. AlMidani said the event is not about making money but serving Fort Worth.

“I love to serve the community and be with the community,” he said. “I think that’s how a lot of happiness and success comes.”

AlMidani said his civic-mindedness is a trait he developed in his early life in Damascus, a city that is very community-oriented. All of the businesses in Damascus are family-owned, he said, which is something he sees on display across Fort Worth.

AlMidani described his childhood in Syria as “regular” –– even privileged. That was before he knew what war was, before he experienced it for himself.

“I was right at college … and that was taken away from me as well as many, many, many other Syrians,” he said.

His family soon realized they weren’t safe in Syria, as both of his parents are activists and were opposed to the regime –– a ruling power AlMidani describes as a dictatorship. He said the regime cracked down on intellectuals and “people trying to make a change.” His parents were detained for organizing protests –– his father was held for months. AlMidani had a hard time navigating checkpoints around the city, checkpoints where he said he always had traumatic experiences.

“The dictatorship was attacking anyone who could be helpful to who was against them,” he said.

Out of concern for his family’s safety, AlMidani did not want to go into too much detail about the family’s experiences in Syria.

“We were pursued in a lot of ways, and we had to flee,” he said.

But the biggest challenge he overcame during this time, he said, was the poor treatment he received when he came to the states in 2014. His immigration processing took years, and even now he said he is uncertain of his place in society.

“Syrians are not treated very equally, so there’s daily struggles that Syrians face that any other person wouldn’t,” he said. “Waiting for the documents, your asylum case. … The struggle of uncertainty is big.”

Another challenge was the “toxic loneliness” he experienced when he came to the states because he was focused entirely on caring for his family.

“That’s aside from all the microaggressions and the racism you find here and there,” he said.

When he discovered comedy, he said, everything changed. While his papers were being processed, AlMidani was not allowed to work or go to school, so he dedicated his time to finding creative projects to stay busy. He had always been a creative writer, he said, and he wanted to challenge that skill.

He found a sketch comedy-writing class at the Four Day Weekend Training Center downtown and decided to try it out. After the first few classes, he said he knew comedy writing connected with him and gave him the opportunity to express himself in new ways. He said those early classes also introduced him to other creative people and helped him form friendships that would stick with him for years.

“It just became this thing -–– I found my community,” he said. “I found a lot of people. I have a lot of relationships, and I’ve been doing comedy ever since.”

Getting onstage and presenting his own material was not only liberating creatively but emotionally, he said. After years of being silenced in Syria, he was able to say whatever he wanted onstage in front of an audience gathered to hear him speak. No threat of imprisonment loomed over him here.

His style of sketch comedy centers on relatable topics that he said bring his audiences together no matter their background.

His first sketch was about a young man coming out to his mother. The sketch was based on his own experiences –– something that was encouraging but uncomfortable. His mother was very enthusiastic, he said, expressing her encouragement so fervently that he didn’t know how to respond. That maternal enthusiasm later gave him the idea for a sketch in which a young man answers increasingly uncomfortable questions from his mother about his love life.

Llach agreed that even though each audience member’s experiences are different, comedy brings them together in a meaningful way –– much like music or art.

“Even if you can’t understand the comedian fully or understand their grasp of things, the moment everyone starts laughing, there’s this energy in the room, and you start laughing and you start feeling good,” Llach said. “It just carries, so I think every community needs comedy.”

Given public concerns about the COVID-19 virus spreading in large group settings, AlMidani and the others said in a statement that postponing the festival was the best way to serve the community. The decision came after South by Southwest in Austin was cancelled following a ban on events with 250 people or more in attendance. That ban will remain until at least May 1, according to the City of Austin.

“We’ve been closely monitoring the COVID-19 situation in Tarrant County and kept in touch with the Tarrant County Public Health Department,” the organizers said in the statement. “The decision came after the guidelines of canceling/postponing events larger than 250. We aren’t sure if we would’ve hit that number, but there are many performers and people involved.”

Among the festival lineup are The Commune, Comedy Sportz, Time Bouncers, and the improv group Incubator.

“It’s heartbreaking,” the organizers said in the statement, “and we are disappointed, but we are aware that there are more important things to focus on right now, things outside of our control, and we are looking forward to what we will eventually bring.”

Watson said a successful first Fort Worth Comedy Festival for her would be an event where audiences laugh, have fun, and feel welcome in the city’s comedy community.

“First and foremost, I just hope that they enjoy it and that we make them laugh,” she said, “but I also hope they feel like, if this is something that they want to do, they could do, and they could talk to us about it or take a class and just feel empowered to do their art.”