My first visit to Wild Acre Camp Bowie was for curbside lunch and a sixer of beer. That April, the Ridglea Hills brewpub, Wild Acre Brewing Company’s first satellite location, had just opened to feed locked-down locals. Chef David Hollister, former head chef at Dallas-based Gas Monkey Bar N’ Grill, was tasked with heading the food side of the restaurant/brewery concept. My impression from the French Dip Chimichurri sammie I tried that day was that the brewpub was off to an auspicious and delicious start. 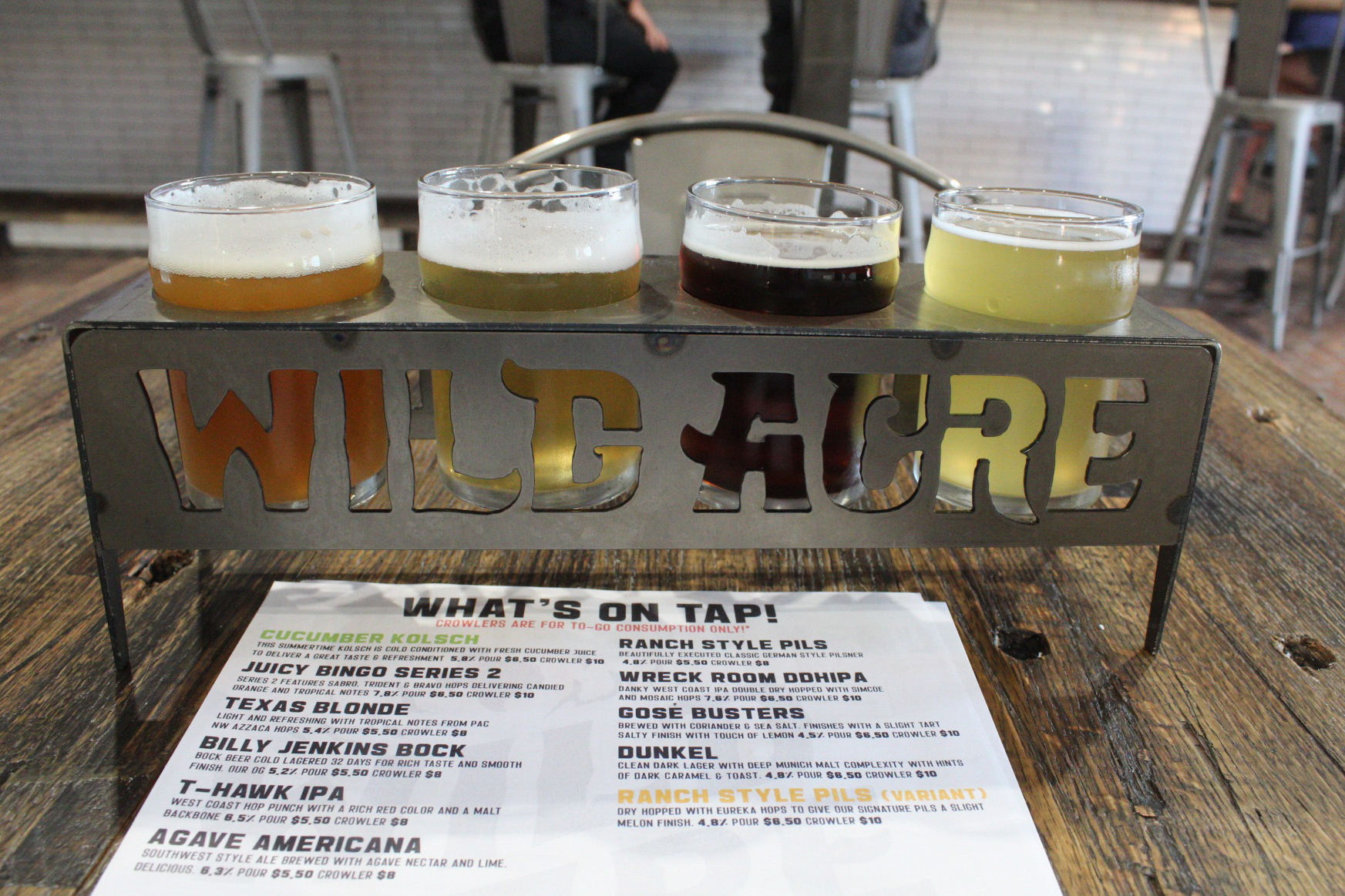 Setting the Camp Bowie location apart is the brewery’s large food menu that includes 15 sandwiches plus assorted salads, appetizers, soups, and desserts. The brewpub also boasts several wine options. The folks running the place were taking health considerations seriously during my recent visit. All staffers wore masks and didn’t hover over patrons. The tables were spread well over 6 feet apart. 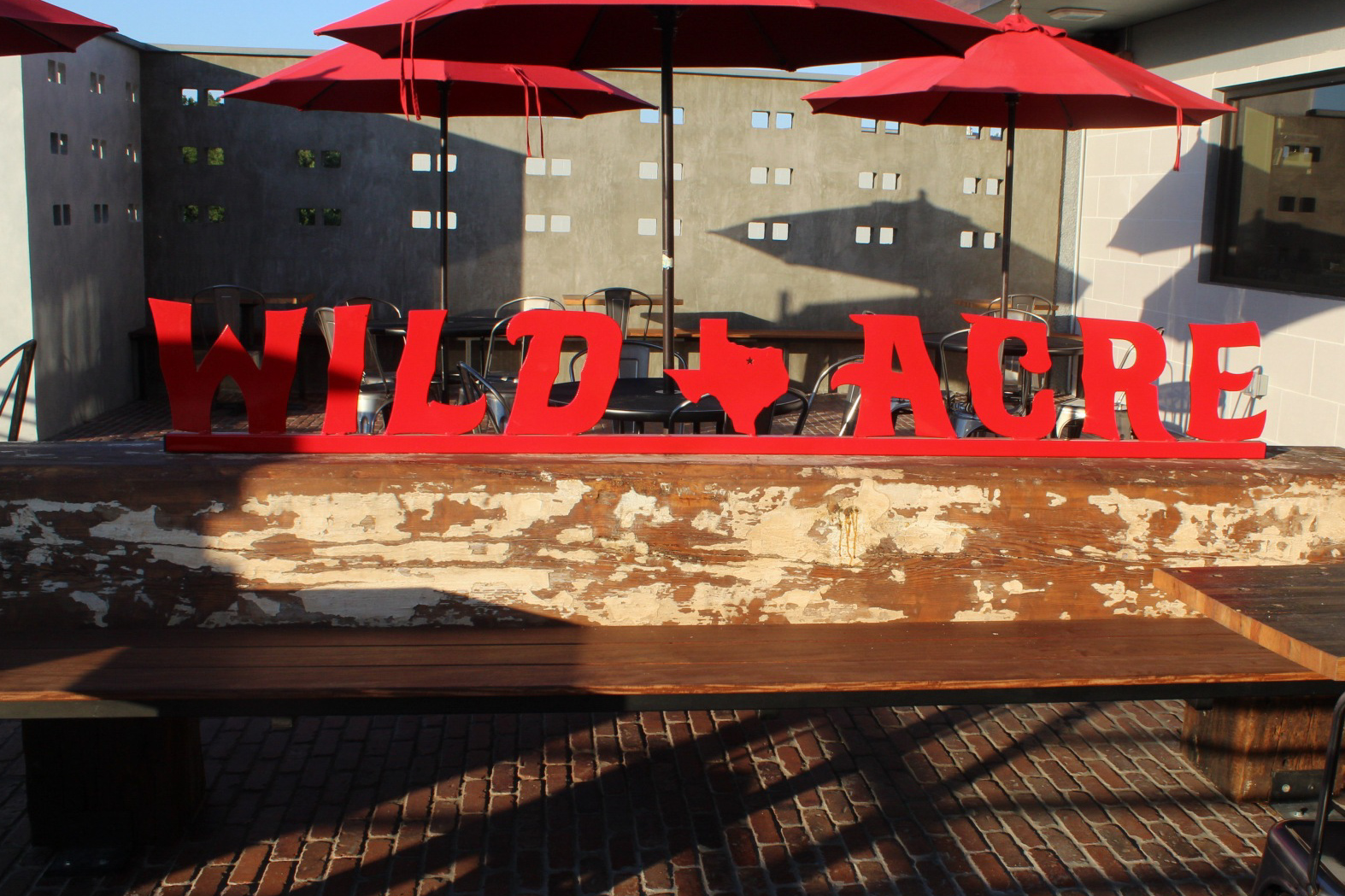 I sprung for a four-beer flight and the Fish W/Chips sandwich. My first beer, the Juicy Bingo Series 2, was amped on citrus notes: grapefruit, orange, and lemon. The frothy ale was pleasantly bitter. The Dunkel was light, clean, and mildly bitter with hints of caramel. Ranch Style Pils (Variant) was clean and dry — the perfect palate cleanser for my meal. There was nothing off-putting about the one sour I imbibed, Gose Busters. The tart ale didn’t set my lips to puckering, and the salty finish complemented the acidity.

Biting into the fish and chips sandwich nearly required unhinging my jaw. The jumbo delicacy on a warm hoagie roll was crammed with beer-battered cod, French fries, diced cabbage, a creamy dill-infused mayonnaise sauce, and a light drizzle of malt vinegar. The accoutrements almost overpowered the fish but helped make for a damn delicious gustatory experience. 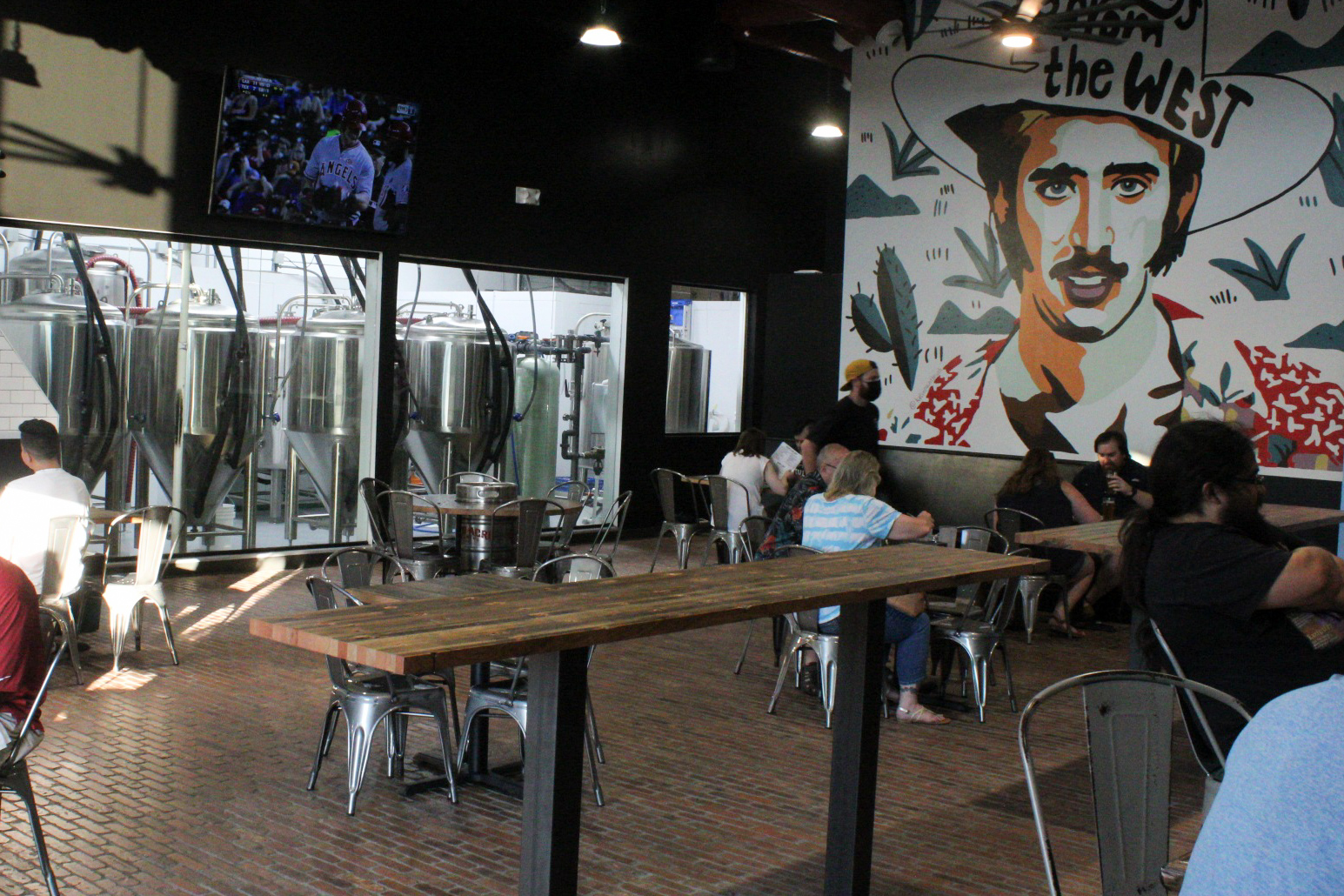 The service that evening was prompt and polite. Wild Acre Camp Bowie’s beer selection won’t leave you wanting. Popular brews like Ranch Style Pils, Billy Jenkins Bock, and Agave Americana were on tap that night. The bartender said many of the beers I tried will be brought back through variants (i.e., different hop varieties or infusions). The promise of rotating beers may just be a bonus, though. After two great experiences with Chef Hollister’s craft sandwiches, I’ll be back for the food.