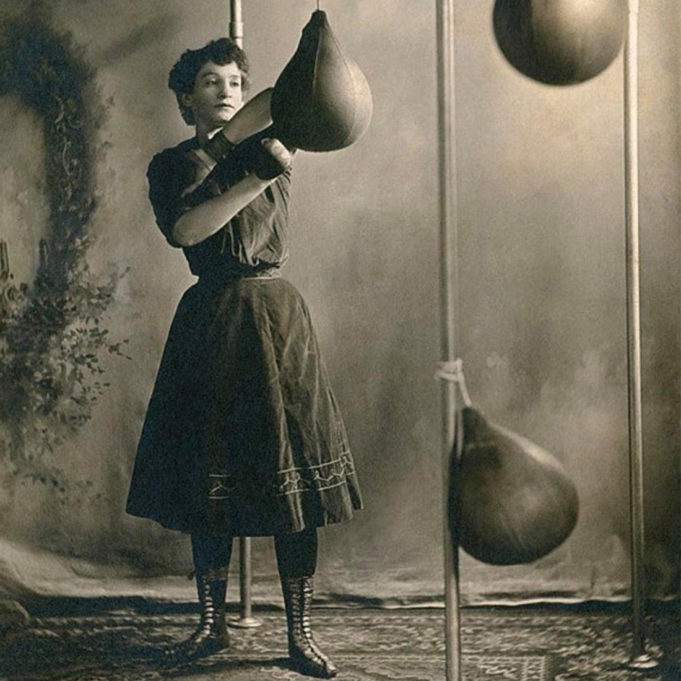 I don’t know who needs to hear this, but I’ve been listening to an incredible noise album that just came out and that a former Fort Worth guy played drums on. As if the world doesn’t make your skin crawl enough, Spirit Boxer, Vol. 1: After Thoughts on Westward Expansion is here to set you on frickin’ edge, bro. The upshot is that it’s decidedly good medicine.

Even before the pandemic sent us all to our rooms without dessert, I had been groovin’ and smoothin’ along in a sort of Lotus-like daze, waking up with Pat Metheny, drinking beers after work with The Who and Zeppelin, chillin’ at the inflatable pool out back with Chicago and Steely Dan, reading or writing late into the night with Rush, early Genesis, and Floyd. Like my midsection, my ears had become soft, softer than a Metheny/Mehldau duet. The world was just too impossible to bear, and I longed for the warm, snuggly arms of my childhood soundtrack. Spirit Boxer, Vol. 1 woke me the hell up.

There’s no way to classify the album other than by modifiers like “abrasive,” “disorienting,” and “kinda spooky.” And “loud.” Really loud. The former Fort Worth guy is Rickey Wayne Kinney, known around here as the one-man electronic noise project Squanto, who relocated to Kansas City a year or two ago. Kinney plays drums –– more like “plays free-jazz piano with sticks on drums” –– as engineer Gavin Neves tackles guitar and vocals. Like literally. Looping screeches and riffs, he’s a virtuoso in reverse. A guitar isn’t just for nice little plucks and strums and comfy little chords. In Neves’ hands, it’s an assault weapon. As Kinney does everything possible to avoid maintaining any sort of time signature –– bashing, smashing, and rolling –– Neves forces from his mere six strings gurgling, squealing, crunchy, buzzing chainsaw sounds. His vocals are sort of sidewalk preacher-y, which only adds to the discombobulating, warped, the-end-is-nigh vibe.

“Understandably, it’s not the easiest listen,” Kinney said, “but there’s points on Vol. 1 that come together in a very impressive and exciting manner, in my opinion.”

Kinney and Neves are two-thirds of HXXS, a popular KC experimental project rounded out by vocalist/violinist/producer Jeannie Colleene. As “Vol. 1” indicates, the album is the first of an “ongoing mixtape” curated by HXXS which will feature improvised music by a “revolving door” of musicians.

“Everything is raw, and nothing is prepared,” HXXS says. “As time goes on, the quality will change.”

Kinney left Fort Worth for KC “for a soul journey,” he said, and specifically to play drums for HXXS. The three musicians were ready to embark on a month-long tour starting in Texas before the lockdown. Their first album as a trio, How the West Was Won, came out in June. It’s just as stark and aggressive as Spirit Boxer, Vol. 1.

At the same time Kinney and Neves were working on How the West Was Won, they were churning out improvised material straight to a “worn-out” single-channel tape player from RadioShack, Kinney said, mostly as documentation. “We started to get really ‘clean’ and interesting recordings after a while and decided eventually to record something in the same improvised way and release it, so we spent about a week or so last month tracking everything.”

When “songs” develop in the recordings, “it’s entirely organic,” Kinney said. “It’s in the spirit of free jazz and experimental electronic noise.”

Kinney is still working hard, on Squanto and himself.

“It’s been a very long and tough road,” he said. “Things weren’t easy before I left [Fort Worth], and they haven’t gotten any easier. They’ve actually gotten tougher, and the road has grown even longer, so the journey continues, and I continue to walk.”

Kinney expects to release new Squanto material this fall. Before that, he and Neves will release Vol. 2 of Spirit Boxer. They recorded it over the last couple of weeks on a Tascam Model 12 mixer, which records straight to the channels, so “it’s really great for capturing a live performance,” Kinney said.

The duo is whittling down about six hours of material into about 60 minutes. Vol. 2, he continued, which will be of a “higher sonic quality” because of the Tascam, will also feature Colleene on synth and vocals. Neves is mixing and mastering the album now. Vol. 2, Kinney said, “is set to be even better” than Vol. 1.

Squanto and, by extension, HXXS is the opposite of warm and snuggly. It’s cold and spiky, and it’s great for trailblazing new neural pathways in your brain pieces. For most normal people. Another part of my childhood involved lifting Sears weights to Sun Ra and Sun Ship-era Coltrane. (It’s as ridiculously sad and dorky as it sounds.) Spirit Boxer, Vol. 1: After Thoughts on Westward Expansion is a new kind of soul soundtrack, one for the pro-science, pro-inclusive world we want. Wake up! 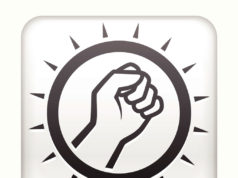