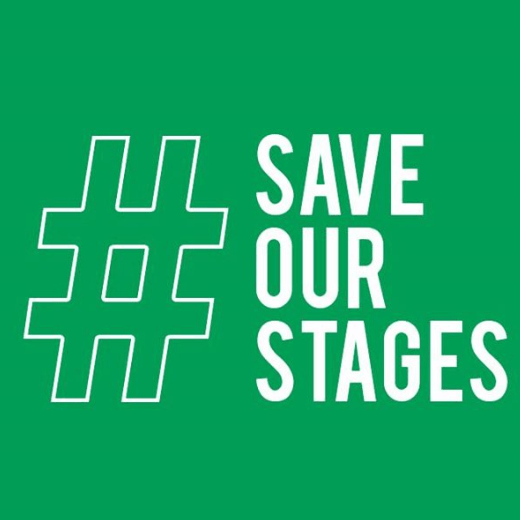 Imagining a future without Fort Worth’s top venues is near unthinkable. Like losing a job. Or worse. Places like Lola’s Trailer Park and Saloon, MASS, Shipping & Receiving, and the Rail Club are so vital to the Fort Worth community that once they go, Fort Worth’s soul will go along with them.

These are the kinds of things you may think about every day the lockdown continues while new cases of COVID-19 spike. It reminds me of a funny meme I saw the other day. The caption to a picture of Rod Serling was, “Picture a world where a novel coronavirus can tell the difference between a bar that sells burgers and a bar.” The sentiment is appropriate. Many bar/venue owners are rightfully upset that while they must remain closed, bars/venues that sell burgers (or pizza or tacos or whatever) can stay open, at half capacity, but that’s still better than nothing. And, for most venues, just above nothing would be preferred right now to reality. As one venue owner told NPR, “You can’t serve live music takeout.”

Many venue owners are putting their hopes in Congress. Unlike the Paycheck Protection Program (PPP), the RESTART Act will allow for more flexibility on how the loaned money can be spent and offer generous options for loan forgiveness.

Sen. Todd Young, a Republican from Indiana who co-sponsored the bipartisan bill, has said, “So unlike the [PPP], you won’t be seeing businesses that, frankly, have done alright in the midst of this otherwise horrible economic atmosphere created by the pandemic taking advantage of the program.”

The National Independent Venue Association (NIVA) has generated broad public and corporate support for the bill through a social media campaign and petition called Save Our Stages. All of Fort Worth’s major venues belong to NIVA and have been taking to social media to #saveourstages. All 2,000-plus of NIVA’s members are hoping Congress can pass the RESTART Act before recess. In between Friday and Sep 8, when Congress reconvenes, many venues may close for good, which is why NIVA is pressing all live music lovers to call/mail their legislators to prioritize the RESTART Act. A NIVA survey revealed that at least 90% of all venues will close if the shutdown continues much longer without federal help.

“The importance of Save Our Stages and NIVA cannot be underestimated,” said Ryan Higgs, co-owner of MASS. “It is not only to provide help on losses for a small venue in Fort Worth but bigger venues with storied histories like First Avenue in Minneapolis. I am hopeful that we can get back to business not only for owners but musicians, bookers, buyers, promoters, soundmen, stagehands.”

Higgs said that while he does not want to speculate on the long-term health of his Near Southside venue, he will wait patiently for Gov. Greg Abbott to reopen bars/venues, based on science and data, of course. When bars/venues are allowed to reopen, he said, “we will follow all occupancy and safety guidelines.”

Until then, MASS will continue with its successful Social Distancing Concert Series. The Unlikely Candidates, Quaker City Night Hawks’ Sam Anderson, and Sub Sahara are just a few past performers.

Eddie Vanston believes most venues are looking at 2021 before “anything starts up again.” The owner of Shipping & Receiving on the Near Southside said he’s still “sussing it out,” noting that his venue is unique in that it sits below 23 apartments with 30-plus residents, which is why S&R isn’t hosting any livestreamed events. “With the apartments upstairs, we have to be extra careful,” he said. “Really don’t want to be inviting activity in. Residents are the priority.”

For Chris Polone, the funds afforded by the RESTART Act would not be nearly enough for his Rail Club to stay afloat long. He recently launched an online fundraiser for not only his Westside venue but for all of the clubs for which he serves as de facto spokesperson in his statewide campaign to reopen 51-percenters, or clubs whose income is 51% or more based on alcohol sales.

“Even if that act does pass, it wouldn’t change the fact that we’re still closed,” Polone said. “We could receive some funds, but, unfortunately, none of it is enough … . We are shut down indefinitely until otherwise stated. We may go a month or another month. We [venues] don’t just open our doors, and our room sells out. We have to hire a band and take out an ad. It doesn’t matter if you book AC/DC if no one knows about it.”

For more on NIVA and the Save Our Stages campaign, visit SaveOurStages.com. –– Anthony Mariani